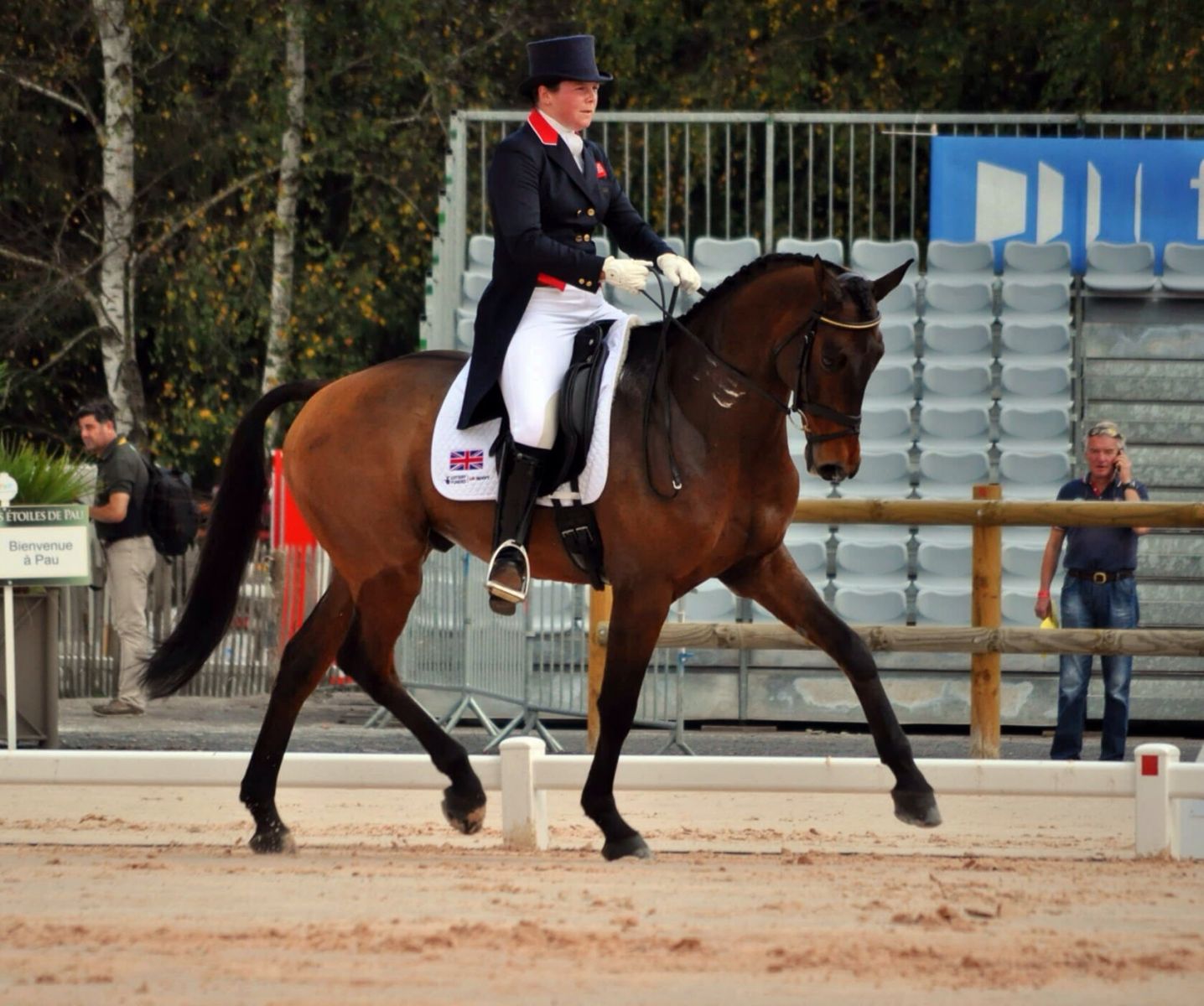 After two full days of CCI4*dressage, watching a total of 75 horses and riders compete and eating more than my fair share of french bread, I’ll admit that I’m fully ready for some cross-country action. However, before we get to that, let’s talk about the bigger picture here at Pau 2013. What makes a winning dressage test? Who was bringing the big guns, and who is heading out on cross country tomorrow with something to prove?

While this might be an obvious statement, I think it bears repeating. To win at this level, you have to be absolutely brilliant throughout the entire test. Competency just doesn’t cut it. If you have decent work through every movement, but your horse has one late lead change, you’re out. If you break to the canter in one trot extension, you’re out. The competition at this level in Europe is cutthroat, and if you leave half a point on the table, someone else will snatch it up. With 23 horses scoring in the 40s today, you positively could not afford to have any mistakes in order to remain competitive. 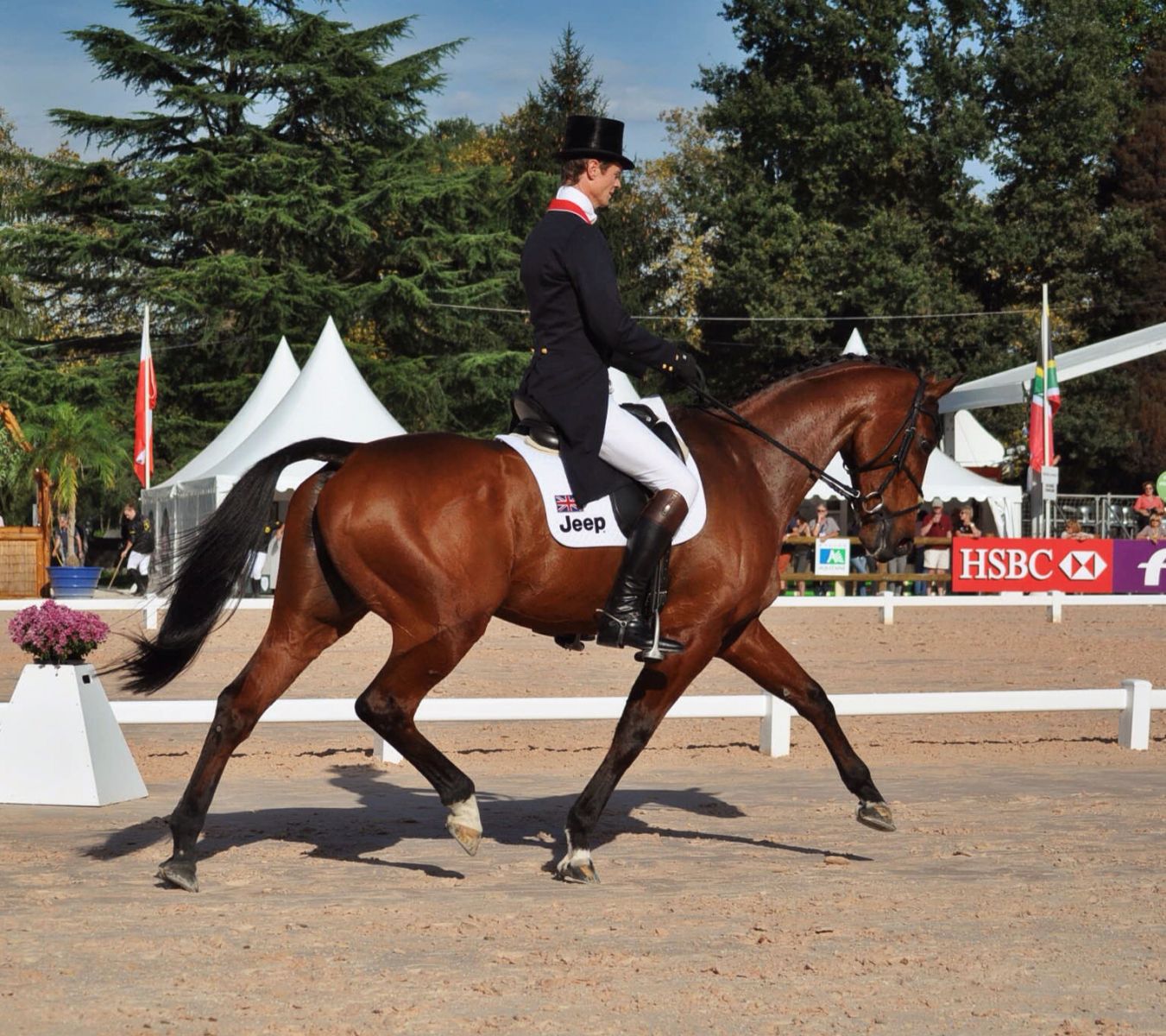 While we’re at it, a good moving horse isn’t going to be able to pull the same scores as the horses that are phenomenal in both the trot and the canter. Gone is the day of showing improvement for the gaits that you have, because now you have to have an above average working gait to get the good scores. The judges today were clearly willing to reward the extravagant movers who were able to stay accurate. Learning to teach your horse to do correct changes is imperative; as double coefficients in the scoring, many riders fell victim to penalties there.

Team USA had an up-and-down performance as a whole in this first phase. While I feel that we’ve shown improvement in general, there are definitely some riders in the stables tonight who are disappointed in their scores. We have all the talent in the world, but it’s a matter of putting it all together here in Europe when it matters. The big idea this weekend is to bring all the riders home with clear cross-country rounds tomorrow and finish the event with an education on how the World Equestrian Games are going to feel next year. 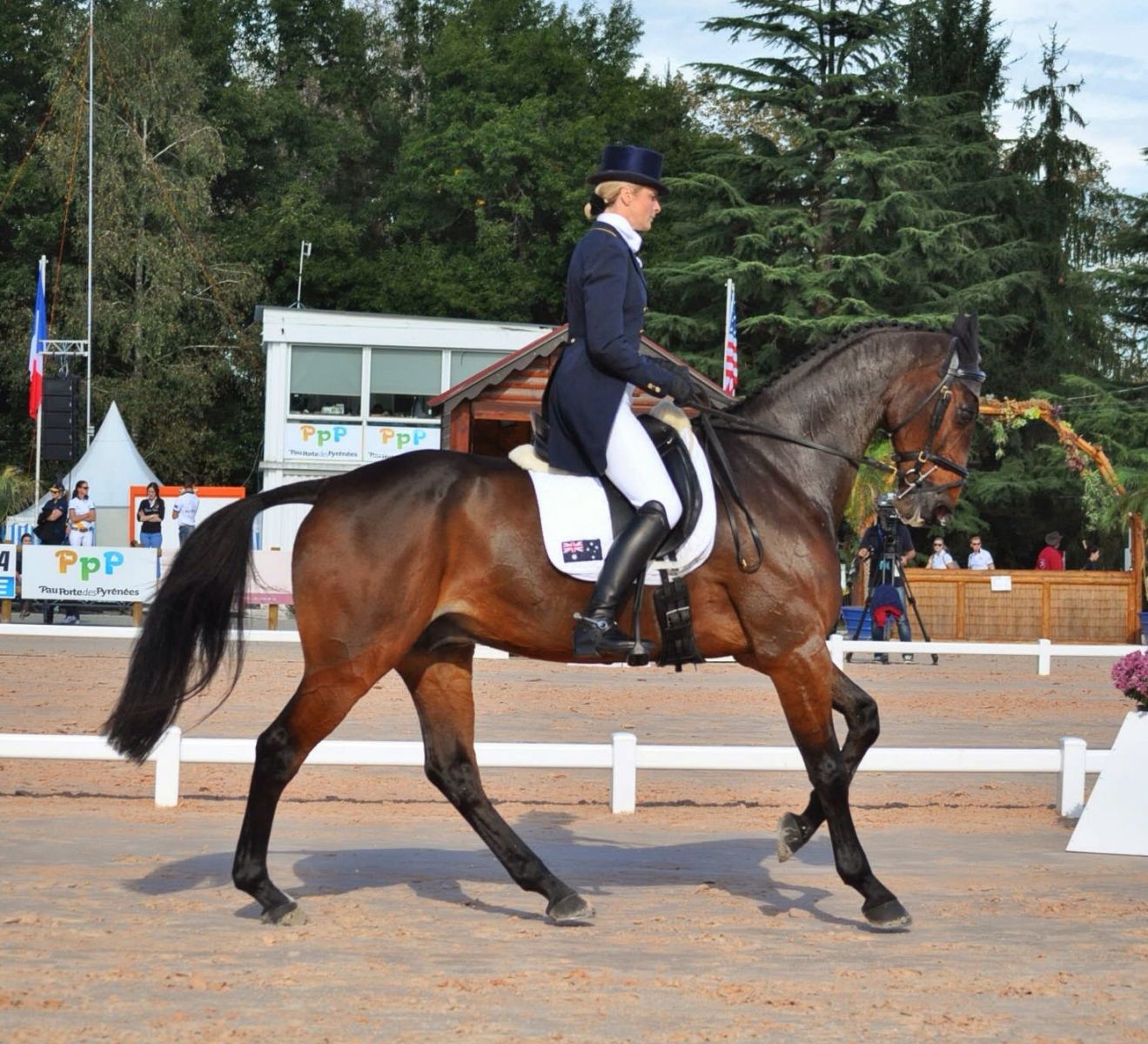 Lucinda Fredericks continued to show her dominance in this phase by gaining the only score in the 30s today aboard Flying Finish. Lucinda broke four ribs and her collarbone in a rotational fall earlier this year at Tweseldown, and she mentions in her interview below that it almost ended her riding career, but she feels now that she’s come back stronger than ever, and she isn’t here to do anything but give it her best and go for the win. When asked about the cross-country course, Lucinda responded that while it isn’t terribly big, the course is quite long (at 11 minutes 48 seconds, 6,720 meters long) and the hardest combinations are at the end, so the horses and riders have to stay attentive for a long time. She says that her horse is a “long diesel truck” of an animal, and that may hinder him in some places but will also benefit him in others. See her interview below for a full report from Lucinda, including her thoughts on tomorrow.

The other big story of today is obviously William Fox-Pitt, who did the unimaginable feat of placing second, third and fourth with all three of his horses within 1.8 points of each other. I mean, really, who does that?! He was quite humble in his interview, saying that he was delighted with Cool Mountain, as the horse hasn’t been out at a big competition since Badminton 2011. He thinks that the biggest challenge tomorrow will be in the mental tenacity of the horses and riders — that they continue looking ahead and focusing on the skinny elements that come up around the turns.

William predicts that the crowds will be an enormous factor, as the weather is going to be amazing, and the CCI4* doesn’t start until midday. The horses will have to be very focused to see their flags with the thousands of spectators lining the jumps. William is also riding this weekend nursing an injured back from Le Lyon last weekend, for which he has a personal physiologist attending to him here at Pau. He says that it is feeling good so far, but he hopes that it doesn’t get thrown out of whack again tomorrow in between his three rides. Apologies for the English speakers, William breaks into French at about 1:10 in the interview and returns to English at 4:56. 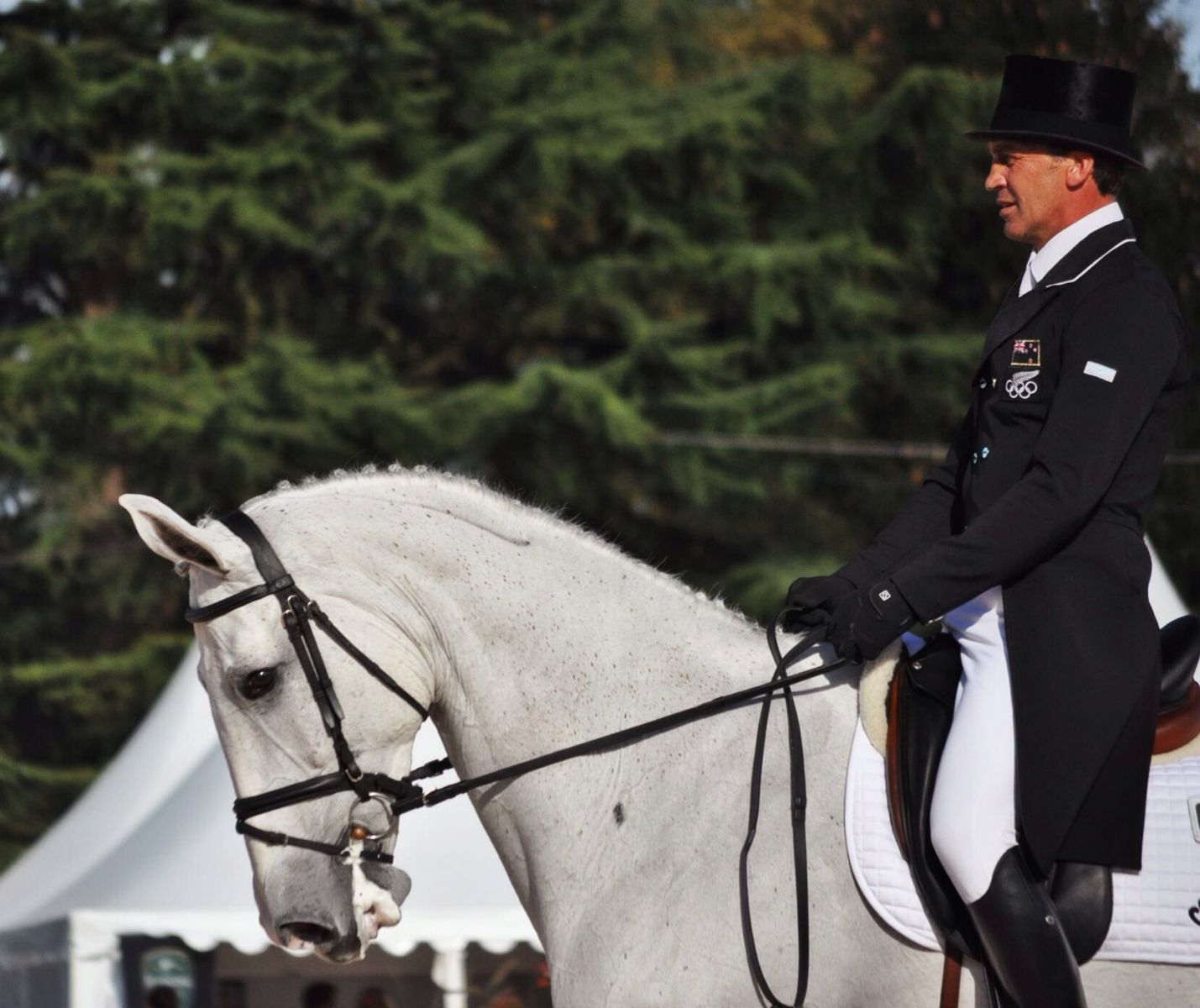 Cross country begins tomorrow at 12:15 p.m. Pau time, 6:15 a.m. EST. U.S. and Canadian rider times are listed below, and the action will all be available on FEI TV (look for me in a flattering yellow photographer’s vest near the water jumps!)