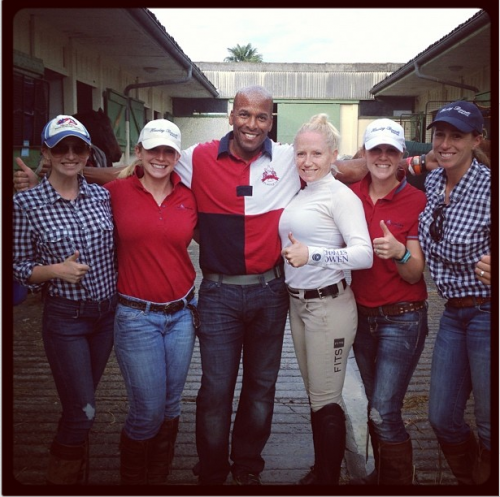 Hawley celebrates a clear cross country with her crew. Via Hawley's Instagram.

Cross country has concluded at Pau, and the North Americans represented quite impressively today. Phillip Dutton sits in 4th place behind William Fox-Pitt’s triple threat, and show jumping tomorrow should be exciting.

The US team put in stellar rounds, and although Hannah Sue and Michael Pollard did not have their best days I know they will be back to fight another day. 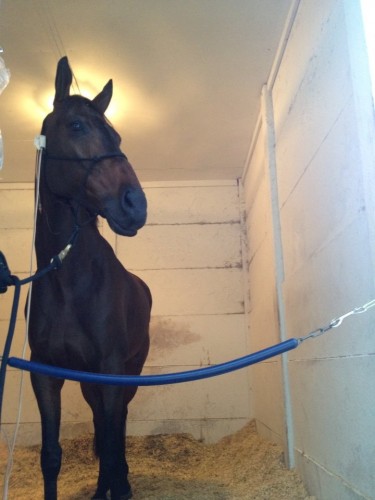 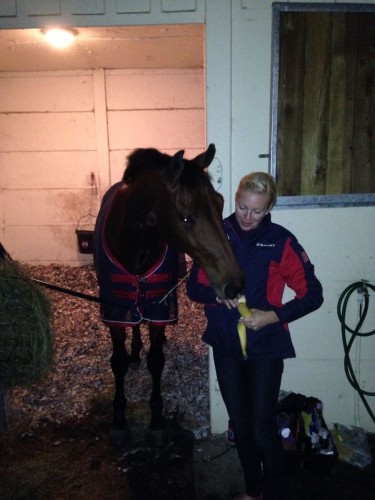 Universe gets a celebratory banana. Photo via Clark Montgomery's Facebook.

Twitter was also, well, twittering, about the fabulous rounds thrown down on the cross country today, mostly surrounding the historic feat accomplished by William Fox-Pitt. 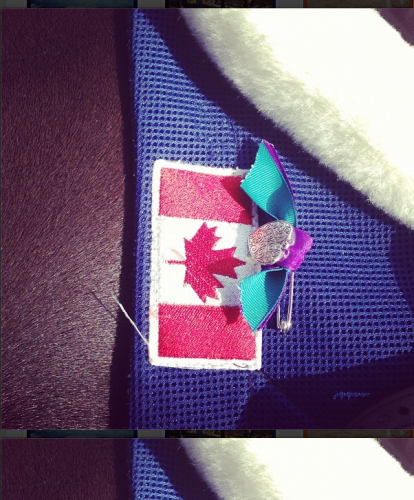 All of my social media feeds seem to be quite positive surrounding cross country today. Everyone is more than thrilled with the US team’s performance, and Hawley noted that Ginny had one of the best runs of her career today. I am sure that everyone will sleep soundly tonight dreaming of double clear show jump rounds. Pau wraps up tomorrow with show jumping. Stay tuned for much, much more!