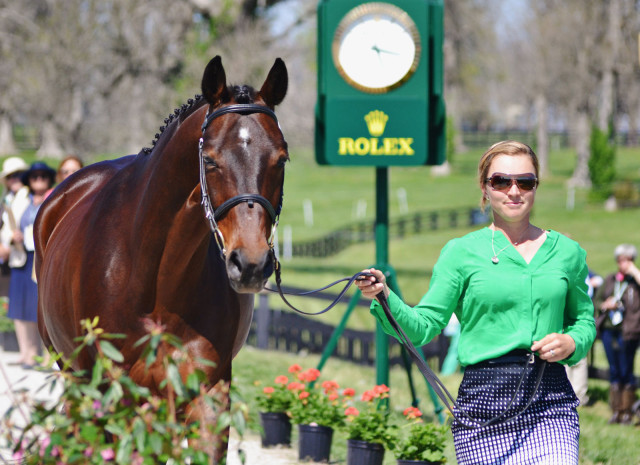 Pavarotti has been called up as a replacement to the Canadian World Equestrian Games squad after A Little Romance suffered an injury in her final gallop prior to shipping out to France, Equine Canada announced today.

“This past Friday, A Little Romance was completing her last gallop prior to leaving for the WEG when she pulled a shoe causing her foot to abscess,” Jessica Phoenix said in a statement. “Don and Anita Leschied and I feel it’s in A Little Romance’s best interest to withdraw her from the WEG as she heals from this injury.

“We want to thank Equine Canada for their diligence, assistance and support in handling this situation and for giving A Little Romance the opportunity to represent Canada. This horse has an amazing future ahead of her and we are excited to see her back in competition in the near future.”

We’re disappointed for all of Blue’s connections, as we know how excited they were to watch her compete in Normandy. Congrats to Pavarotti’s owner Don Good on the call up to the squad.

Team Canada is now Peter Barry and Kilrodan Abbott, Hawley Bennett-Awad and Gin & Juice, Selena O’Hanlon and Foxwood High, and Jessica Phoenix and Pavarotti. Read all about them in our WEG guide here.