A number of riders have shared with us their opinions about a recently proposed rule change by the USEA concerning the increased number of MERs to move up to Preliminary, Intermediate and Advanced. As of March 12, this change has been tabled until the 2023 competition season. Natalie Lester, a professional rider and coach from Area V, shares her thoughts with EN in this piece. To read other Perspective pieces on this topic, click here. 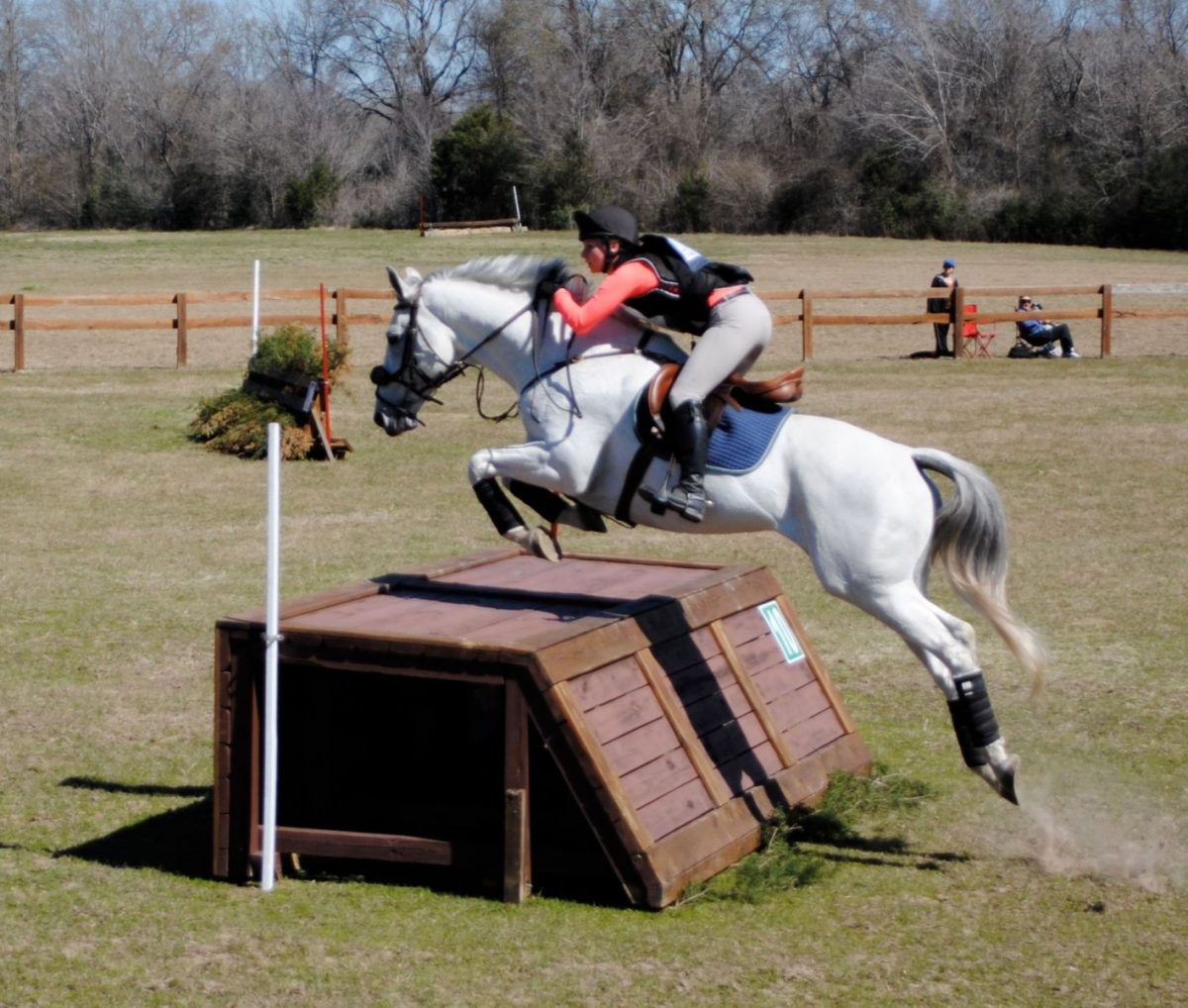 One common thread amongst those supporting the increase in MERs is that it does not matter how much more it costs because safety is the number one priority. I completely agree with that. Prelim is a serious level and riders must be prepared before they undertake it.

The problem is that there is no evidence showing that 10 MERs will make riders safer at Prelim. The statistics given to us by the USEA only prove that more experienced upper level riders are less likely to have falls at Prelim. It does absolutely nothing to show that more MERs at Training will make an inexperienced rider better prepared for Prelim.

The main type of problem that eventing seeks to prevent is horse falls, those present the greatest danger to the rider and the horse. Anyone who has been around eventing for a while can tell you the answer to this question: What horse is most at risk for a fall, the honest one or the stopper?

The honest horse that tries their heart out even when presented very badly to a fence is the one that is the scariest on cross country when ridden poorly. These are also the horses that will have no problem breezing through 10 MERs (or 8 as is proposed now) because Training level cross country is still very forgiving to unbalanced and inaccurate riding when on a kind horse. Everyone is familiar with the saying, “Practice makes perfect,” and also its correction, “Perfect practice makes perfect.” This rule is ignoring that truth and assuming that merely completing more competitions makes a rider safer. A rider can do many competitions and achieve a certain result while being dangerous all the while and it often will not show in the numbers until the margin of error is removed by moving up a level.

This rule is also going to encourage people to move up to Training level faster now to start getting MERs as going Novice at recognized shows will be viewed by many who have Prelim as a goal, as a waste of money, especially in an age where entry/travel/hotel/coaching are in the ball-park of $1,000 for most Areas except II and III. This certainly will not be for the welfare of the horse or the rider. Now do I think people should do that? Obviously not, but do I believe it will happen? Absolutely yes.

This rule is also going to prevent coaches from taking over the ride for a green horse’s first season at Prelim. There are many, many very qualified coaches, some who have completed Kentucky Five-Star, who are only B riders under the new rules. Now they have to run six Training levels before they could take the horse Prelim. For an experienced coach who has been working with a horse for years, and often doing training rides at home with them, that is excessive. It is also now making it unrealistic and yes, unaffordable for them to give the horse that experience as in Area V for example, they are going to have to show that horse an entire season of training before doing a season of prelim, thus resulting in the owner losing an entire year of competing. This is the loss of a valuable tool that helped prepare many amateurs and juniors for Prelim and allowed them to safely bring a horse along.

This rule is decimating the value of older upper level horses who still could teach very valuable lessons to less experienced riders but need to be run sparingly at their age and mileage. This is also a tool that helps keep inexperienced riders safer while they develop at higher levels and it will largely be destroyed by this rule.

This rule is going to discourage people from attending clinics, unrated jumper shows and doing schooling shows. All of these avenues often offer more of a chance for improvement than recognized shows. Clinics obviously have the benefit of guided instruction with experts. Schooling shows allow for practice at a fraction of the cost taking away the pressure to make time and ride to get the job done rather than improve technique. Jumper shows with their multiple rounds have a tremendous educational benefit to riders and horses. Now, I agree that none of these can be used for qualification since we can only use what we can ensure is up to standard for MERs, but to not consider how much inadvertently discouraging them will hurt developing more skilled, safer riders is short sighted.

This rule is going to discourage many adult amateurs and result in them switching to jumpers. Anywhere other than the east coast this is going to make their dreams unattainable, often not because of skill but because of finances.

Now, as I said when I began this piece, I do not think we should shy away from rules that would truly make the sport safer because of cost. Life is priceless. However, one argument that has been used far too much by those supporting this rule goes something like this: “You are not taking Prelim seriously at all if you oppose this and you think that money is more important than safety! Quit thinking you are entitled to go Prelim and endanger yourself and your horse!”

If we really want to put safety above all else, no matter the cost then the answer is not to have more MERs, it is to stop the sport of eventing. And horseback riding. And driving cars. And having children.

So if we are honest with ourselves then we can agree that none of us live our lives with safety being the goal no matter the cost. And if we are going to impose a rule that has tremendous cost, then it must make the sport tremendously safer to be worth it. And considering that I have students who are the children of medical doctors who are very limited in the number of recognized shows they can do because of the expense, I would say financial impact needs to be heavily considered as well or the sport will not survive in most of the country.

If USEA is going to make a rule that, in every place that is not Area II or III, is going to hurt the livelihood of event horse producers, show organizers, the vast majority of trainers and destroy the dreams of so many competitors, then there must be compelling evidence that it will make the sport much safer.

We must have also exhausted all other avenues to make the sport safer that could actually single out dangerous riders instead of punishing the masses and still allowing dangerous riders who can show enough to slip through.

There are so many other ways that would actually prevent dangerous riding rather than making a blanket rule that is not going to stop a single dangerous rider that has the pocket book to get an honest horse and go to enough shows. Some of the above the USEA has already begun to work on which is great, but there is still much progress to be made with those and others that have not been touched on at all.

I know the USEA has good motives with these proposals but painting with a broad brush that punishes so many and does not catch the few is not the critical thinking and creative handling a complex problem like this needs.