Sally Spickard contributed to this report. 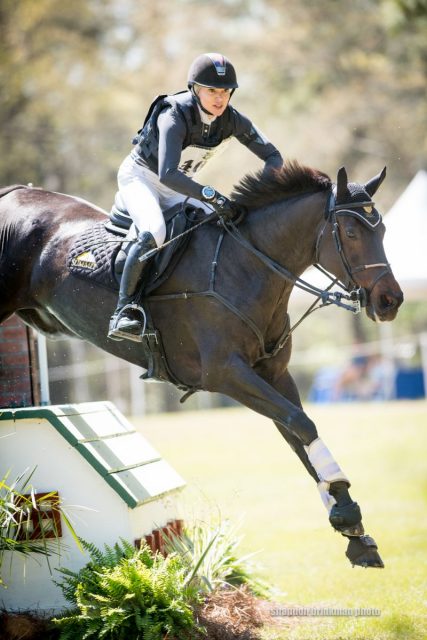 Marilyn Little and RF Scandalous, winners of the CCI4*-S. Photo by Shannon Brinkman.

Marilyn Little and RF Scandalous repeated history today at Red Hills International, clinching a second wire-to-wire win in the CCI4*-S. After besting the three-star in 2015, they first won the marquee division in 2018 on a score of 36.0. They bettered their margin from that year today by a whopping 13.6 points, finishing on their dressage score of 22.4 — 10+ points ahead of the nearest competition.

The key cross country day departure between 2021 and past years’ editions is that the time today was doable. Historically, Mike Etherington-Smith’s twisty-turny pinball chute of a course has made time faults a near inevitability. The list of riders who have made optimum time in the four-star since 2013, when we began keeping notes, is a very short one:

By comparison, nine horses made the 4*-S time today, with another five adding four or fewer time penalties. Marilyn and “Kitty,” a 16-year-old Oldenburg mare (Carry Gold x Richardia) owned by Jacqueline Mars and Phoebe and Michael Manders, made the time at the level today for their first time ever, crossing the finish two seconds under the optimum time of 6:44. There’s no better momentum-builder than a top result at the first major event of the season as this pair takes aim at Kentucky. 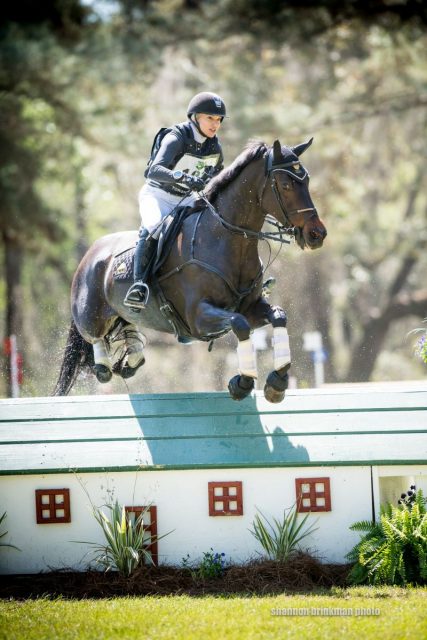 Marilyn Little and RF Scandalous, winners of the CCI4*-S. Photo by Shannon Brinkman.

“Kitty gave me a wonderful feeling on course today,” Marilyn said. “As is expected at Red Hills, the course presented plenty of challenges throughout and was a good combination of substantial fences and combinations with strong technical questions. There was a lot to do, but it was wonderful to feel Kitty so fit, confident, and rideable.”

Marilyn credited a new warm-up routine to get RF Scandalous’ head in the game ahead of cross country, allowing her to set out with the intent to meet her minute markers head on. “Instead of feeling that I needed to protect her from the pace until I was sure she was settled in the task, for the first time I felt able to let our first minute be one of our fastest.”

Expressing gratitude to her team and support crew, Marilyn says it was a key success today in many ways, and she’s “incredibly proud” of RF Scandalous. “Kitty and I owe so much to the many people that allow us the support to continue learning and trying to play the game better.” 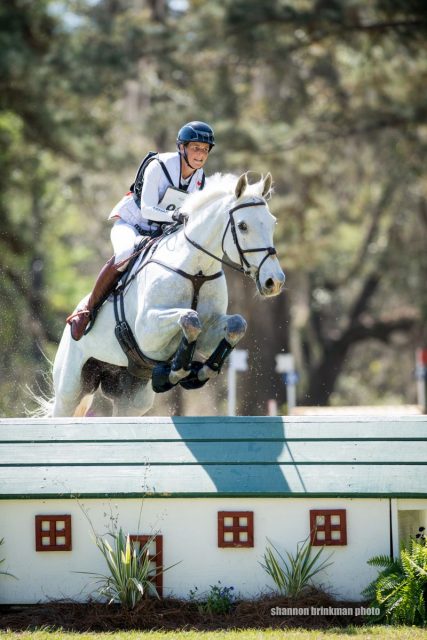 Show jumping, rather than cross country, proved to be the sorting hat of this year’s four-star field with lots of scoreboard shuffling taking place on Saturday. The second- and third-placed runners up made big moves up the scoreboard from where they began on Friday.

“He felt great!,” Colleen said. “He’s so dependable on the cross country, you sort of point and shoot. A track like this suits him because he’s easy to turn since he’s not going super fast.” Colleen will now head to The Fork as her last stop before Kentucky. 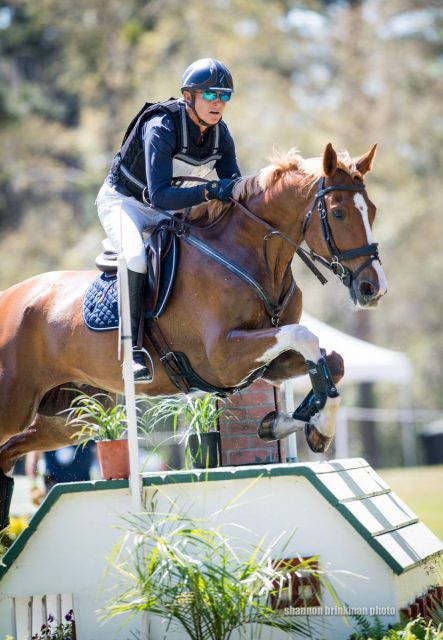 “He is a horse that is always going to move up,” Leslie Law said. “Although he was 15th he was in a very competitive place, and that’s the main thing, after dressage to have him in a competitive position, because then, if he’s only fractions of points behind the other horses, he’s going to get them in the next two phases.”

“He’s an absolute joy to ride cross country,” he says. “Over the years I’ve ridden a lot of horses, in Olympic games, in world championships, in European championships, and I think he has to be one of the best cross country horses I’ve ever ridden.” 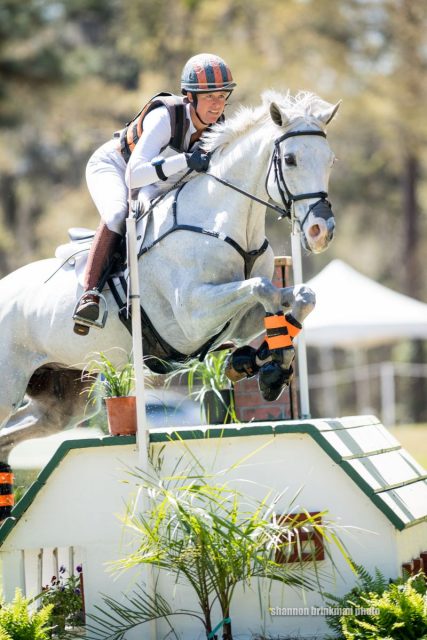 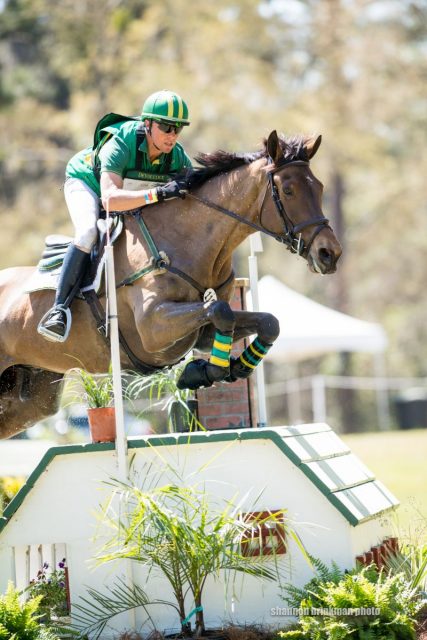 Of 25 cross country starters, 18 pairs went clear. Two pairs picked up 20, another two had two refusal, there was one fall and two retirements on-course. Fence #6C, a coffin, proved a sticky spot, as did #11A, a skinny to a drop. Four horses were withdrawn before cross country. An exciting addition to the cross country this year was the addition of 18 frangible jumps across its six levels of courses. 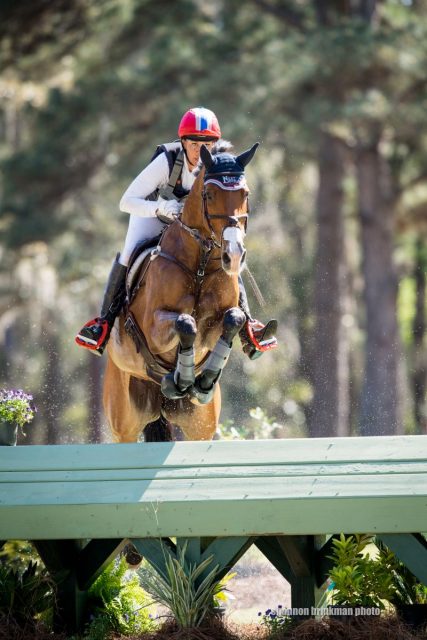 Tamie Smith and Solaguayre California, a 10-year-old Argentine Sport Horse/Holsteiner mare (Casparo x Solaguayre Calandria, by Casall) owned by Jullienne Guariglia, also enjoyed a pillar to post win in the CCI3*-S. They finished on a score of 24.1.

“California is an animal cross country,” Tamie said of the mare. “You wouldn’t think so if you watched her warm up but she gets out there and eats up the cross country. Super proud of her.” 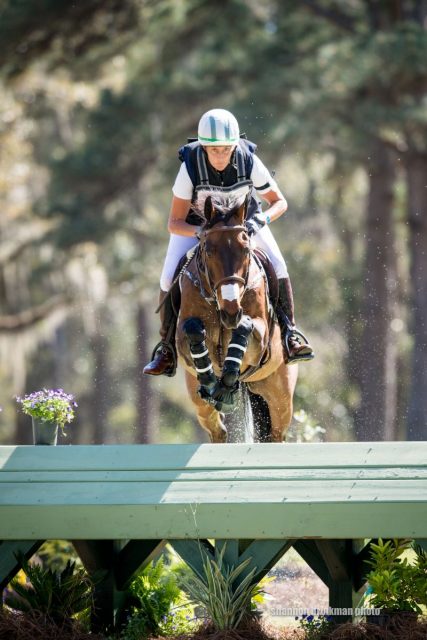 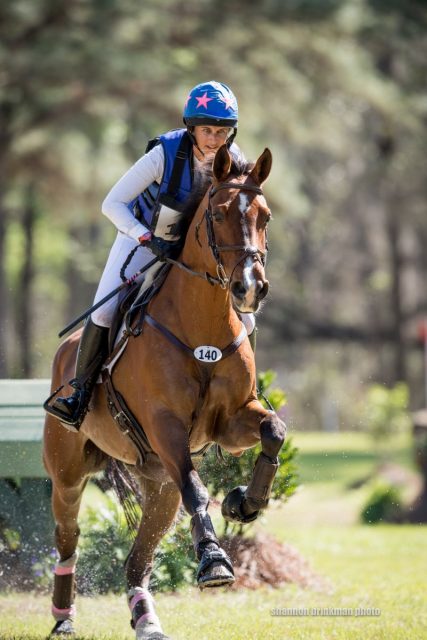 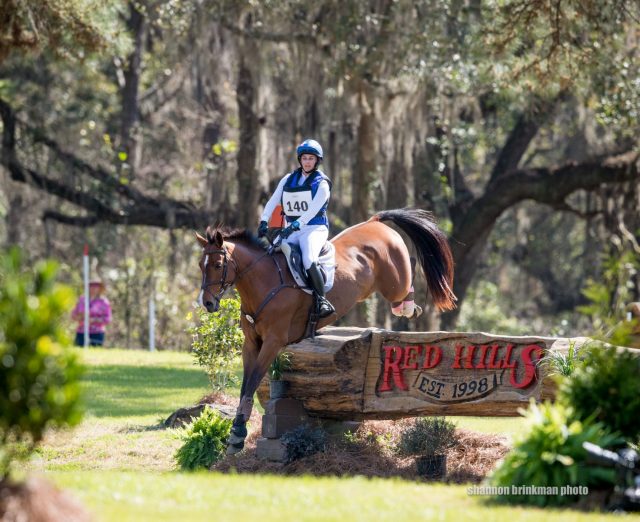 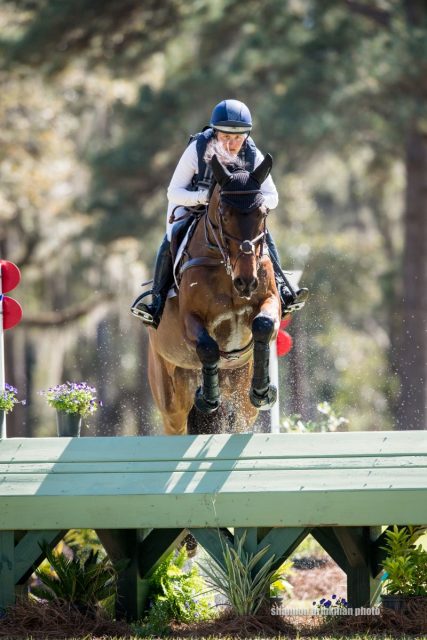 Hannah Sue Burnett and Capitol HIM finished 5th in the CCI3*-S. Photo by Shannon Brinkman. 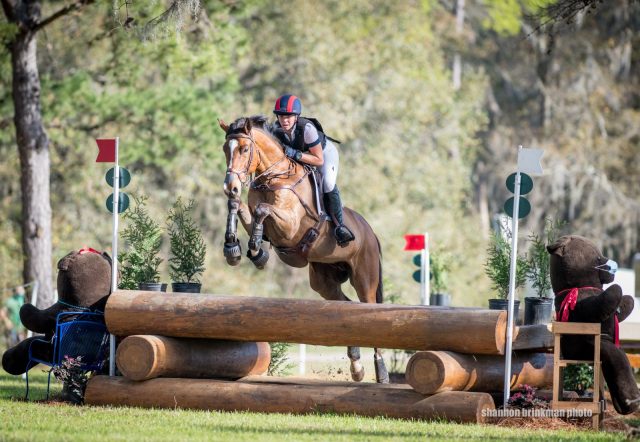 Alyssa Phillips and Cornelius Bo, winners of the CCI2*-S. Photo by Shannon Brinkman.

Red Hills marks the eighth win in a row for 7-year-old Cornelius Bo, who Alyssa Phillips and her mother imported from Germany in 2019. After taking some time to build a partnership with the gelding, who lives on the spookier side, Alyssa brought him out to test the waters in 2020. Soon enough, he came into his own and discovered his love for the game. This weekend in the CCI2*, Alyssa said, was about confidence. 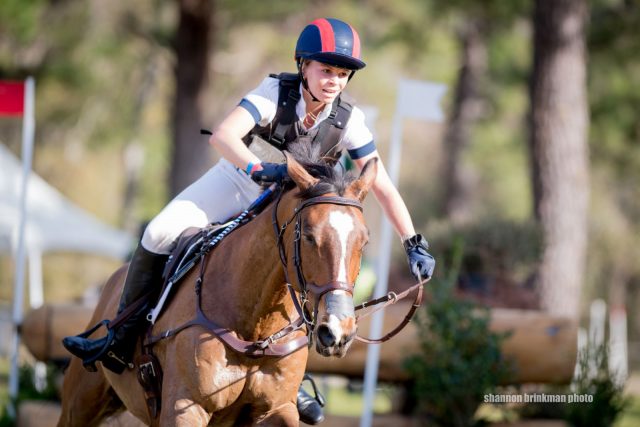 “I came in and wanted him to have a good go, never having been to Red Hills,” she said. “I knew that he’s never run through the trees or anything and with his spookiness that can be a factor. I wanted to give him a good go on the flat and improve my score from the two-star at Virginia last year. I’ve just been wanting to give him the best go possible to keep him confident and I think he’ll definitely do an Intermediate at some point this year. I’m not trying to push him because he is really talented.”

Alyssa won the Advanced division in 2020 with Oskar.

Lauren Nicholson and I’ll Have Another finished second on 27.6; Caroline Martin and King’s Especiale finished 3rd on 28.4.

Jennie Brannigan says the time off in 2020 has helped her shift priorities and rebalance her life — and that extra bit of focus showed this weekend as she takes home the Advanced win with Tim and Nina Gardner’s 11-year-old German Sport Horse FE Lifestyle, also finishing fourth and sixth with Stella Artois and Twilightslastgleam, respectively.

“(FE Lifestyle) was just a champ all weekend,” she said. “He is one of my fastest horses and he really felt good the whole way around. I was thrilled with how (Stella Artois) went; it was probably the nicest round I’ve ever had on her.”

Jennie credits a lot of changes at home — reducing the number of horses in her program, focusing on honing her skills, taking more dressage lessons — with allowing her to add more balance to a lifestyle that used to center around organized chaos.

“I used to thrive on the stress and the chaos, and if I wasn’t going flat-out I wasn’t happy,” she reflected. “I’ve really learned that working harder doesn’t always mean you’re doing better, and so I was all about the break because it gave me the opportunity to redo my life a little.”

Jennie spent massive amounts of time learning from Erik Duvander and James Burtwell, and says the extra focus on the flat has her feeling that much more prepared to take on a season that will see her return to Kentucky — and the five-star level — for the first time since 2015.