A number of riders have shared with us their opinions about a recently proposed rule change by the USEA concerning the increased number of MERs to move up to Preliminary, Intermediate and Advanced. As of March 12, this change has been tabled until the 2023 competition season. Tamie Smith recently appeared on an episode of The Jon and Rick Show to discuss the proposed changes, and she shares those opinions with us today. To read other Perspective pieces on this topic, click here. 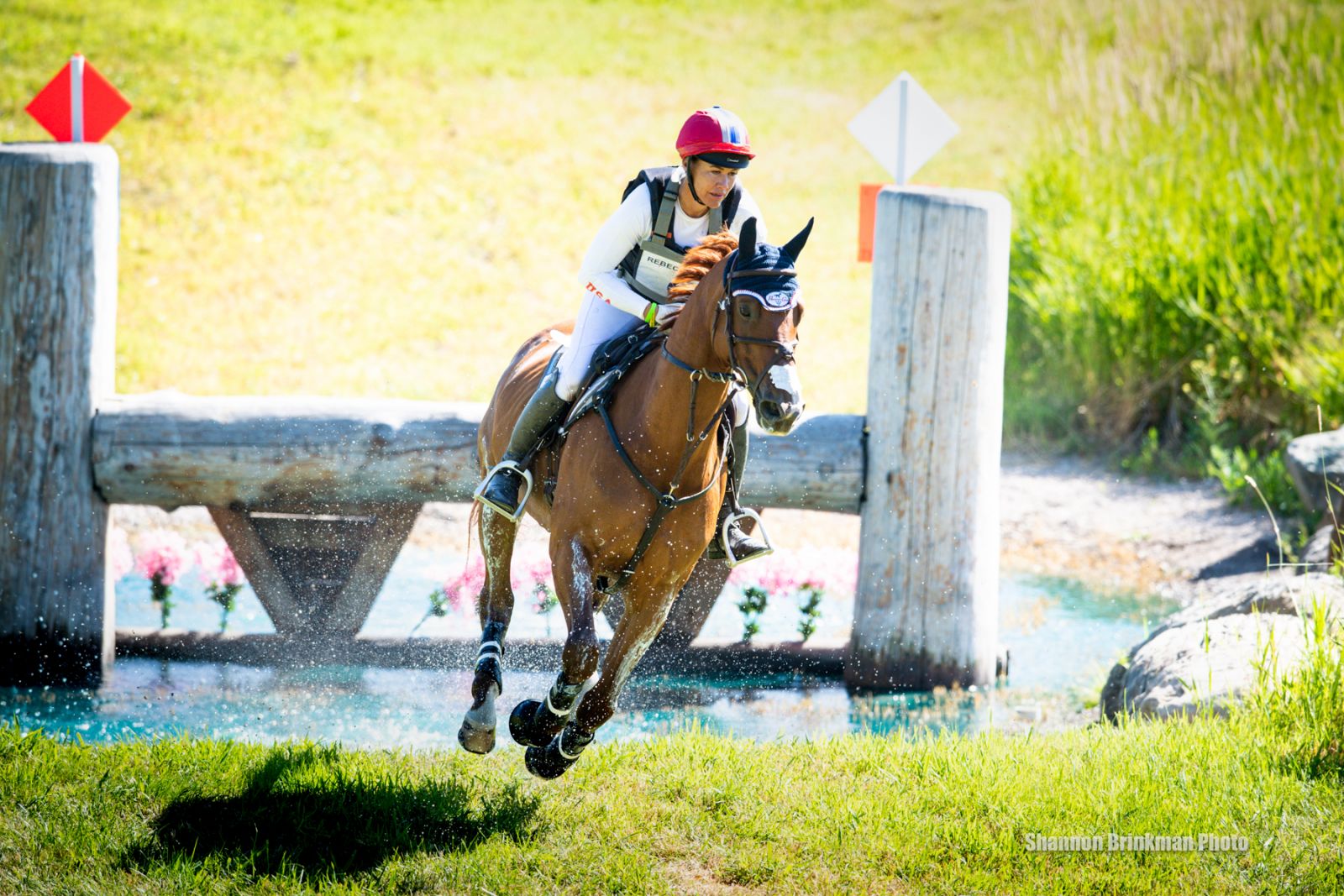 Over the last few weeks, I’ve spent countless hours on the phone discussing the implications of the proposed increase in events used as Minimum Eligibility Requirements (MERs) from four to 10. As a professional rider and ICP Level 4 coach who has based on the West coast for nearly the entirety of my career, it’s hard not to foresee the starvation of a sport that is already suffering in Area 6 – and the stifling of thousands of other grassroots riders who live in even lesser populated areas – should this change go into effect.

I’m happy to hear that the USEA and the Safety Committee have pushed this proposal to 2023, hopefully to consider more feedback and better options, but my questions and concerns remain. The proposal suggested a number of 10 events with MERs achieved in order to qualify for a move up to Prelim. Here’s why this is problematic for eventers in areas such as California, the Midwest, or essentially anywhere aside from Areas 2 and 3.

Speaking from my experience as a California eventer, trust me when I say we are not lacking for power in numbers of riders here in Area 6. We are a strong community full of professional, amateur, and young rider talent – you can clearly see the talent rising to the top in the most recent Under 25 Training List, where several talented kids named hail from the West coast.

No, what we are starving for here is events. We are used to driving five to eight hours to compete in California, traveling up and down the entire coast of the country in order to complete one season.

In 2021, there are 22 USEA-recognized events on the Area 6 calendar; several of which remain under “Pending USEF Approval” status. By contrast in Area 3, you are at nearly 30 recognized events just by the end of March. Now add in the hundreds of miles driven to get from one end of California to the other (or to drive from other, less populated states, such as Montana or Arizona), and you’re facing a steep challenge for even the most well-supported, well-funded riders.

If the number of MERs increases to 10, the sport will starve in areas except for those on the East coast. It’s simply not a sustainable number. And the argument to relocate is not feasible for the majority of riders. Essentially, what this rule tells me is that the talented riders who have made their livelihoods in areas that are not hubs of the sport will find themselves far out of reach of achieving necessary qualifications.

It’s a no-brainer to me that the more experience you have as a rider, the less likely you are to have an accident. But there has been no quantifiable data made available that shows a direct correlation between a minimum of 10 MERs and a safe cross country round. So why are we jumping straight from four to 10 without first making the MERs more stringent? Let’s start there.

After lengthy discussions with other professionals on the West coast, a formula that emerged was the idea of six MERs (up from four), with stricter requirements for each phase.

It’s my opinion that a horse scoring a 45 in the dressage and consistently having four poles down and a lot of time on cross country might not be ready to move up to Prelim. Horses and riders need to be properly developed, and only skating by on minimums does not accomplish this. In addition, there is evidence that a better dressage score doesn’t necessarily constitute safer jumping. However with all of the components together, the MERs will help with safer and better educated riding.

The formula that we spent hours discussing involves making an MER a 40 or better dressage score, 3 or fewer rails in show jumping, and 10 or fewer time on cross country would set the bar for quality riding a bit higher, creating better and more effective riders who are more suited to tackle Preliminary. The time requirement for cross country could be set to 10 or fewer for only one or two of the MERs, to encourage proper education and progression on speed.

By increasing the number of MERs to a more reasonable threshold such as six, you’re still asking riders to have more experience (which is never a bad thing) without freezing so many out before they even have a chance with a high number like 10.

What happens if you pick up 20 penalties on cross country? Your number of MERs would then increase to eight, giving you more time to go back to the drawing board and make some improvements.

While these figures aren’t concrete, they’re a starting point for a better solution than arbitrarily choosing a (very high) number, seemingly based on a very limited amount of supporting evidence.

An increase to 10 MERs may not seem like a big deal to those who are either flush with cash or who live in eventing hubs such as Florida or Virginia (or both), but they are a huge deal for everyone else. And even for the wealthiest of riders, 10 MERs means more miles, more potential for maintenance, and more bills – all things no one wants more of.

I’ve spent the last few years traversing the country to bring my upper-level string to the East coast to measure myself against the best of the best on a regular basis. I do not want this to become my only option, and this is what I fear would happen, eventually, if these proposals move forward. And I am lucky enough to have this opportunity regularly – what of everyone else who works just as hard? This sport is built on the dollars and participation of every rider, not just us professionals. We need to do more to support those riders, and pulling the sport away from those who happen to live in less heavily-populated areas will do nothing but damage any progress that has been made.

Eventing should not be the sport that people or horses do because they are not “good enough” to do decent in dressage or show jumping. Eventing is the most demanding of all the equestrian disciplines, and ultimately we need to have higher expectations and be better horsemen.