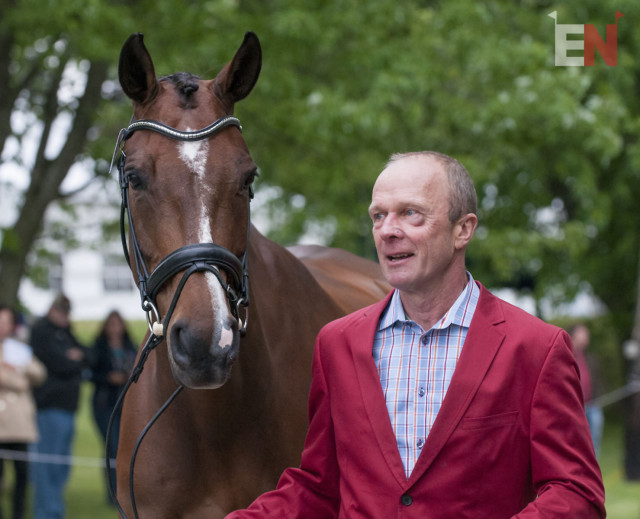 Peter Barry and his 10-year-old Oldenburg gelding Long Island T are in the lead after dressage in the CCI2* at Bromont. They scored a 42.5 today, which is their best CCI2* dressage score to date (though all three of them have been under than 45).

“It looks like he’s getting the hang of the dressage portion!” Peter said. “Ludwig” came into Peter’s life as a 4-year-old and although this is their fourth year competing at the FEI level together, Peter is in no rush to move him up to Advanced.

“There’s a lot of things you can wish for. I like him a lot so I hope we’re going to continue in the future and move up,” he said. “We’re trying to get solid at the two-star and I hope if I have a good, solid base there it will be easier to move up than be tempted to move up too early and then run into problems at a higher level.”

Peter and Ludwig will have a day to rest before Saturday’s cross country featuring a course that Peter says will make you sit up and put your leg on. “It’s a big course, a fair course. I like Derek’s courses. They’re well done and by no means easy. He uses a lot of brush and makes them big and imposing, so it brings the best out in the horse and rider.”

Peter Barry and Long Island T are leading the CCI2* on 42.5 after dressage at #bromontcci

Peter’s longtime partner Kilrodan Abbott will be officially retired this weekend in a special ceremony this weekend. Peter and “Eddie’s” first FEI event was here at Bromont in 2008, when they finished second in the CCI*. They went on to complete as a pair four four-stars, including an 11th place finish at Rolex in 2012, and represent Canada at the 2012 London Olympic Games and the 2014 World Equestrian Games in Normandy. Their last event was the Pine Top CIC3* in March.

“Good old Eddie. He actually retired before Rolex. I had the feeling he didn’t want to do it anymore. We have done a lot of four-stars together, he has taken me a lot of places. I just wanted to leave him sound and on a good note. We’re jumping at home and we’re playing around a little bit. He’s much happier this way. He’s 17-years-old so I think he merits a retirement.”

Mara DePuy and Congo Brazzaville C were the second to last pair in the ring today and they made the effort count, scoring a 44.4 for second place. The 9-year-old Dutch gelding owned by Mara and Mimi and David Regamey fell on cross country at Jersey Fresh two weeks ago, so they rerouted to Bromont.

“It was not the fault to the jump at all. It was a result of the landing; he couldn’t get his feet back up out of the ground. Very unfortunate because he jumped around beautifully. He deserved to finish one and not end on that before he moves up a level,” Mara said.

The horse was given a clean bill of health after Jersey and Mara plans to be brave out of the box on Saturday but allow Congo to take his time in some combinations to be sure of his confidence. “This is a Congo, rock around course,” she said. “He’s super brave. As long as I ride accurately and don’t make any silly mistakes, he should eat it up. It’s a super course for him and the ground looks perfect.”

In third is Boyd Martin and Tsetserleg, a 9-year-old Trakehner gelding owned by Christine Turner on 49.5. Within striking distance is William Ward and Grando on 50.2 and Jan Byyny and Urrem on 50.8. 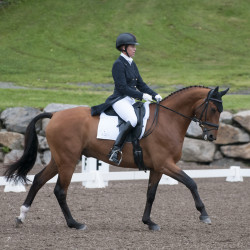 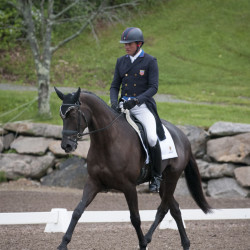 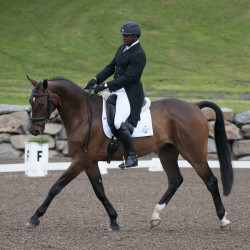