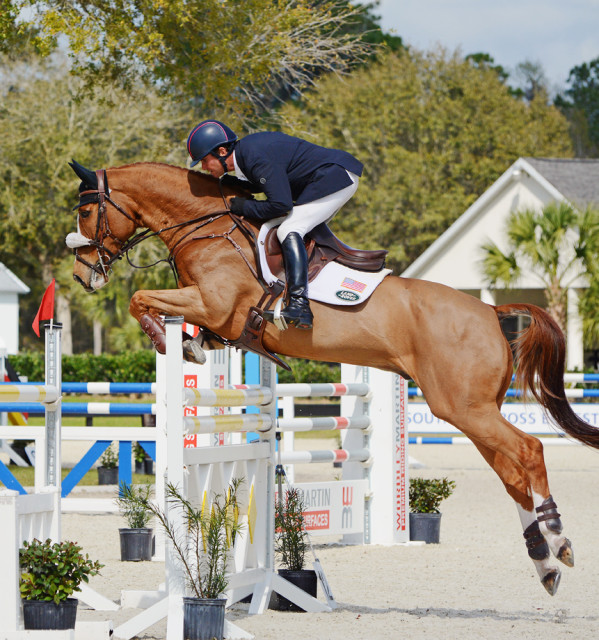 It’s been 10 months since Mr. Medicott aggravated an old tendon injury at the Rolex Kentucky Three-Day Event, forcing his withdrawal from the competition after sitting in third place following cross country. Since then, Phillip Dutton and his team have been diligently rehabilitating the leg with the hopes of giving the 16-year-old Irish Sport Horse gelding a chance to return to competing.

“I wanted to do what’s right for the horse,” Phillip said. “The injury to the tendon wasn’t that serious, so I was always pretty optimistic that we could heal it well. Tendons sometimes don’t heal as well in older horses, and it’s always easier if you have a younger horse, but we wanted to give it a go.”

Phillip decided to use the IoniCare System manufactured by Equine OrthoCare to improve circulation to the leg during the healing process, and those results combined with Mr. Medicott’s enthusiasm for work in any form — whether it’s miles of walking or tackling a CCI4* cross country course — showed the horse wasn’t ready to retire yet.

“I had a lot of choices on what to use with the tendon. At the end of the day, you’re trying to get more circulation to the area — there’s no miracle fix — so I went with the OrthoCare,” Phillip said. “We don’t have a walker, so my team did a lot of walking with him. Anyone who’s been through this process with a fit horse knows it’s not the easiest thing, but he’s been pretty well behaved.”

Phillip and his vet, Kevin Keane, decided early on in the process to use slow, progressive exercises to rehabilitate “Cave,” so the horse never spent time on stall rest. Instead, he started walking and eventually slowly trotting right off the bat, which Phillip thinks was integral to the healing process. 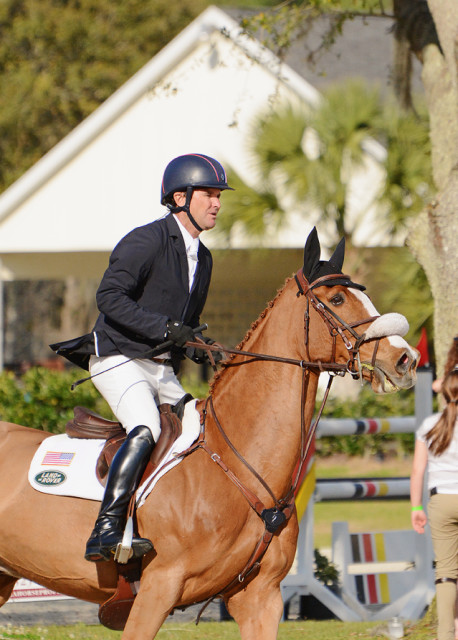 “He’s done a lot of the slow work. He’s very muscled up, probably as muscled as I’ve had him,” Phillip said. “It’s been a lot of slow trotting and slow cantering. We’re fortunate that we have a new gallop across the road from us in Aiken. He’s been going there a lot; we’re working on getting him fit and strong.”

With Cave’s fitness back to where it needs to be, Phillip is now changing his focus to working on dressage and jumping. He’s done one jump school with Silvio Mazzoni, the U.S. team’s show jumping coach, and took Cave to a jumper class in Aiken last Friday before hauling down to Ocala for the $15,000 Eventing Prix Invitational at Scott Keach’s Southern Cross Equestrian.

To say Cave looked thrilled to be back out is an understatement — he was raring to go and loving every minute of it. They had one rail down in the first round, but a fast time brought them back as part of the top 10 horses and riders for the jump off. Cave, who is known for being very strong over fences, pulled two rails during an exuberant jump-off round to finish in eighth place.

Now Phillip is looking ahead to Carolina International in two weeks, where Cave will compete in the CIC2*, his first event since Rolex last year. “I wanted to put off competing him for as long as I could, so I didn’t want to run him any earlier. I would rather do more cantering at home and more gallops up the hill rather than run him cross country. I wanted to get him really strong and conditioned.”

Mr. Medicott excited to be back out at the $15,000 Eventing Prix Invitational.

From there Cave will compete in the Advanced division at The Fork as his final prep run before returning to Rolex. “He won’t be that easy to handle at the first event or two, so I think the two-star at Southern Pines will be a good way to start him back. The Fork has traditionally been our last run before Kentucky, and I hope the weather is kind for us there so we can get good footing,” Phillip said.

“He doesn’t need lots of cross country rounds, but it’s not a bad thing to take him back to it to get him to think. If I had to be critical, he’s a bit too bold on cross country, so I need to get him thinking. If he runs well at The Fork and is enthusiastic and if the leg looks good, then we’ll look ahead to Kentucky. I’d like to take him back there, and I think he’d like to go back there. He loves to get out and compete. I truly believe he loves his job.”

Phillip said the horse’s 10 syndicate owners have placed their faith in him to make the right decision for the horse, which is not something he takes lightly. “It’s a real privilege to have a horse at this level. I don’t take it for granted. I want to keep him going and in the sport as long as it’s good for him,” he said.

“Of course, the horse doesn’t owe us anything. He’s had a great career. I know I’m speaking for Cave, but I genuinely think he doesn’t want to retire. He has such enthusiasm for everyday work and he looks great and enjoys the training as much as the competing. He’s got a bit to go in him before he decides he doesn’t want to do it at that level.” 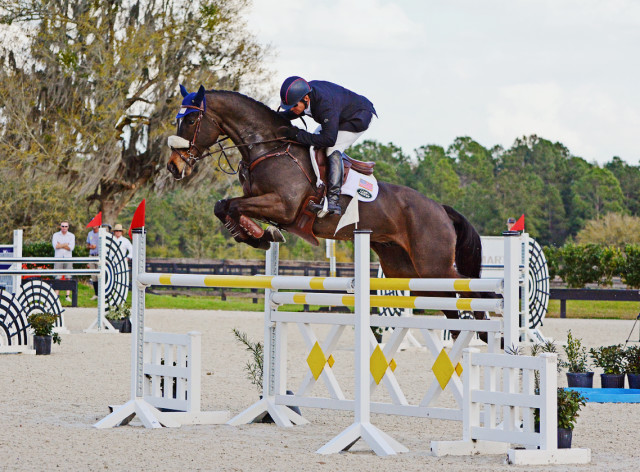 In addition to Cave returning to competing, Phillip also has Mighty Nice getting back out there for the first time since winning the World Equestrian Games Prep Trials at Great Meadow in July. “Happy,” an 11-year-old Irish Sport Horse gelding, will follow the same schedule as Cave — the Carolina International CIC2* and The Fork Advanced — before returning to Rolex.

“Happy has been plagued with several different injuries, and I hope this time we have a handle on things. He’s a seriously talented horse, and he doesn’t need to do a lot of events either before Kentucky. It’s great to have both Cave and Happy back and aiming for a big event. They’re good mates — they hang out together and are stabled next to each other,” Phillip said.

“Unfortunately, we lost his owner, Bruce Duchossois, who was so good to Evie and I and Happy, and we have a new group now made up of Bruce’s friends, Caroline Moran, Annie Jones, Michael Bombar, Kevin Keane and Evie, who are helping to support him and keep him going.”

We wish the True Prospect Farm team all the best as Cave and Happy aim for their first event of the year at Carolina International in two weeks and ultimately look ahead to the Rolex Kentucky Three-Day Event.