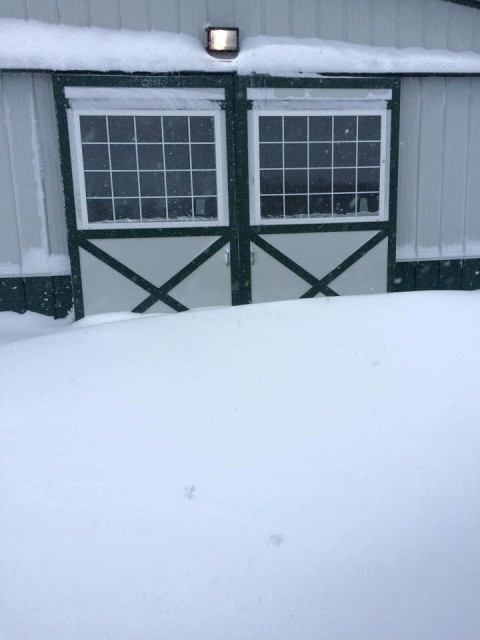 Just when we were starting to get more excited at the prospect of the upcoming spring, Mother Nature dumped a fresh load of snow on the Ohio Valley, burying many people under over a foot of snow. Some counties have found themselves without power, and the snowfall amounts have been recorded as records in some areas.

But eventers are hardy, right? Team CEO Eventing’s Megan Moore found herself out of town when the storm hit, but she rested easy knowing that her working students had holed up in the barn apartment so they would be able to continue taking care of the horses in their care. 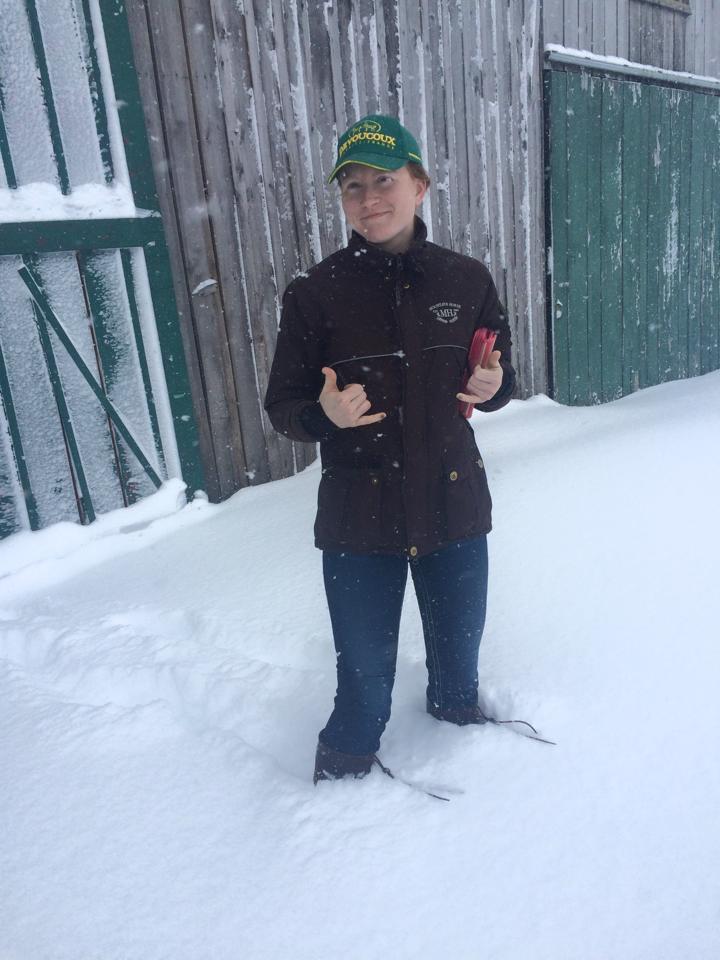 The snow came down quickly, leaving many scrambling to clear driveways and find safe transportation.

Duty calls, though, and Jenn O’Neill found the warmest, snow worthy clothes in her closet to make the trek to the barn. 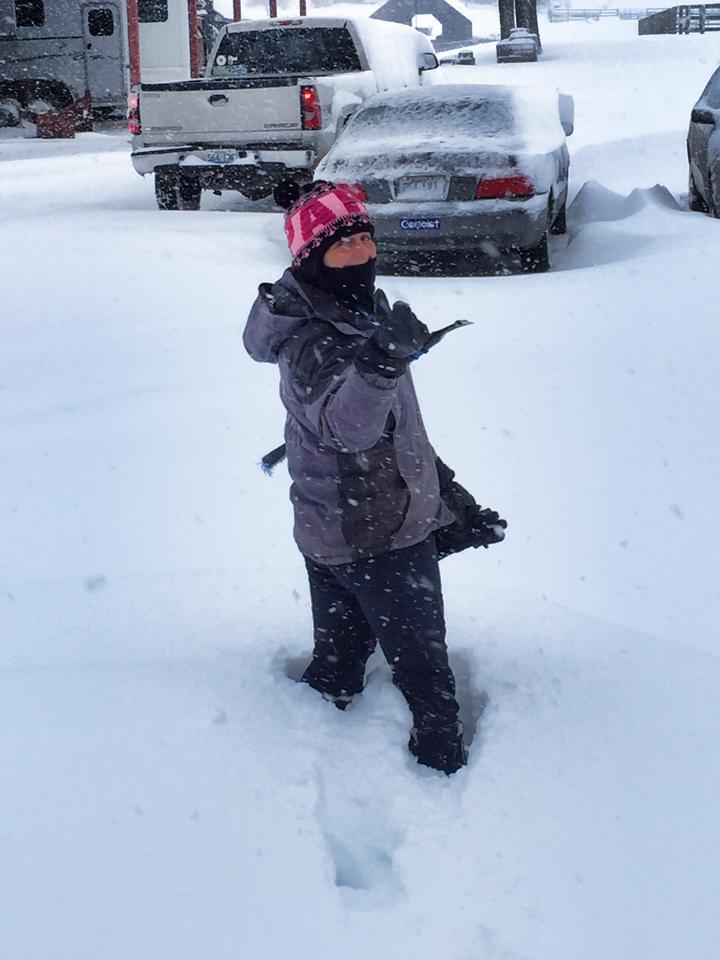 Those who live in the area are being advised not to venture out unless they have a big 4×4 vehicle — and even then, it’s probably safer to stay indoors. The area is not out of the woods yet, as local weather forecasts are calling for a few more inches of snow and freezing temperatures overnight.

Hang in there, Kentucky! Spring is still on the way — we promise! 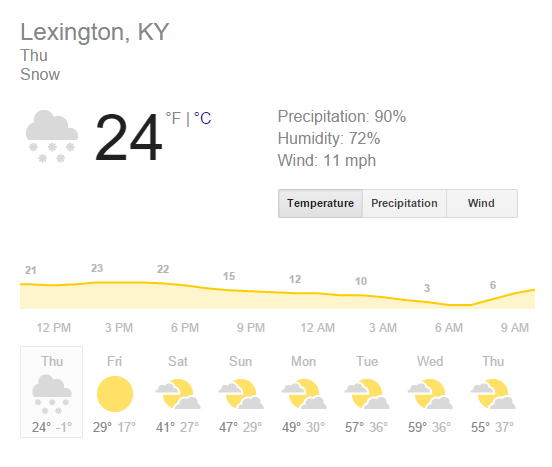 In a little over a month’s time, the winter snow will be long forgotten as eventers from the world over descend upon Lexington for Rolex. In the meantime, keep those horses warm and stay safe! 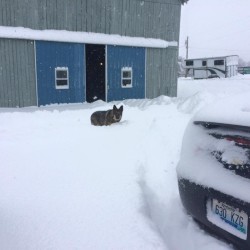 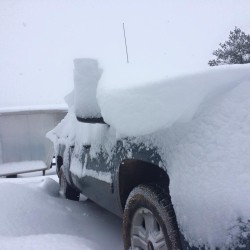 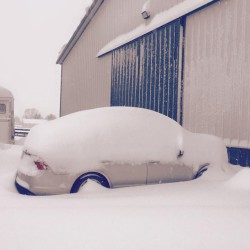