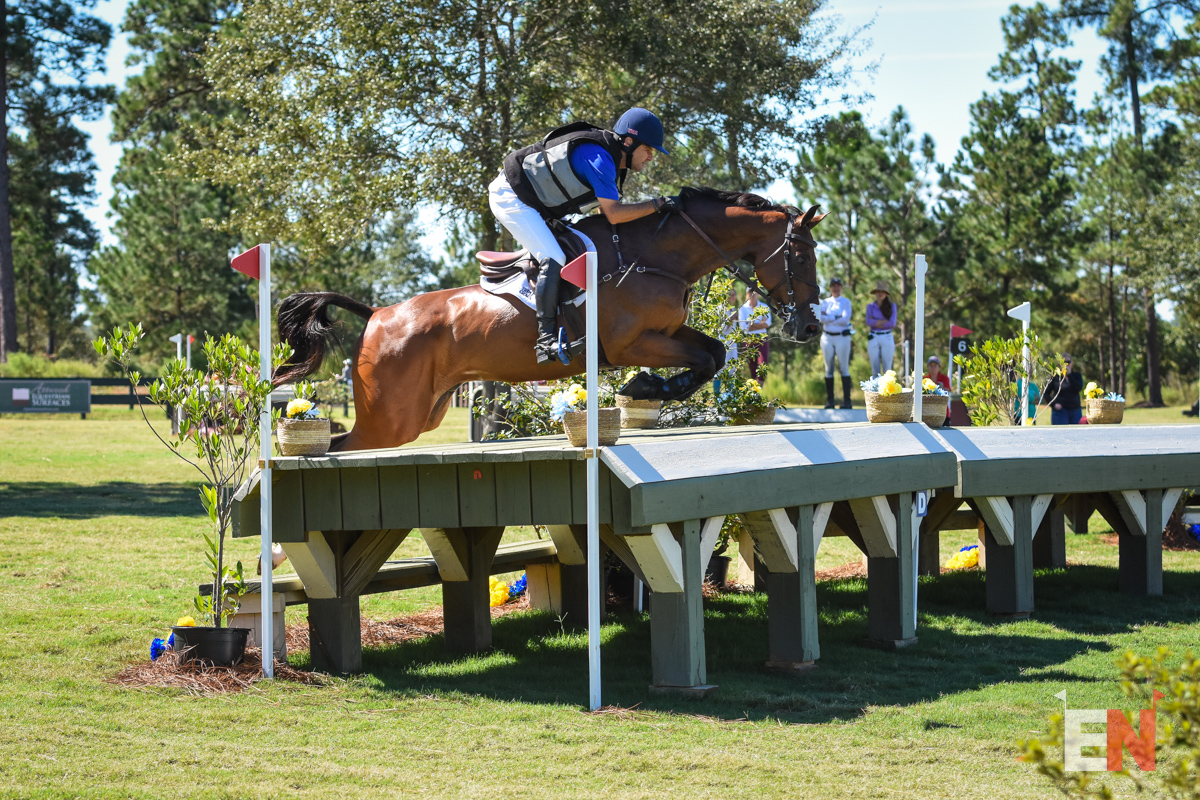 “It’s a work in progress,” Phillip said of David Vos, Ann Jones, and Tom Tierney’s Irish Sport Horse. At 12, Singapore has been somewhat of a late bloomer, but 2021 is proving to be his year. “It was a little bit of a slow process. He was slow to mature, but certainly he’s coming into his own now.” 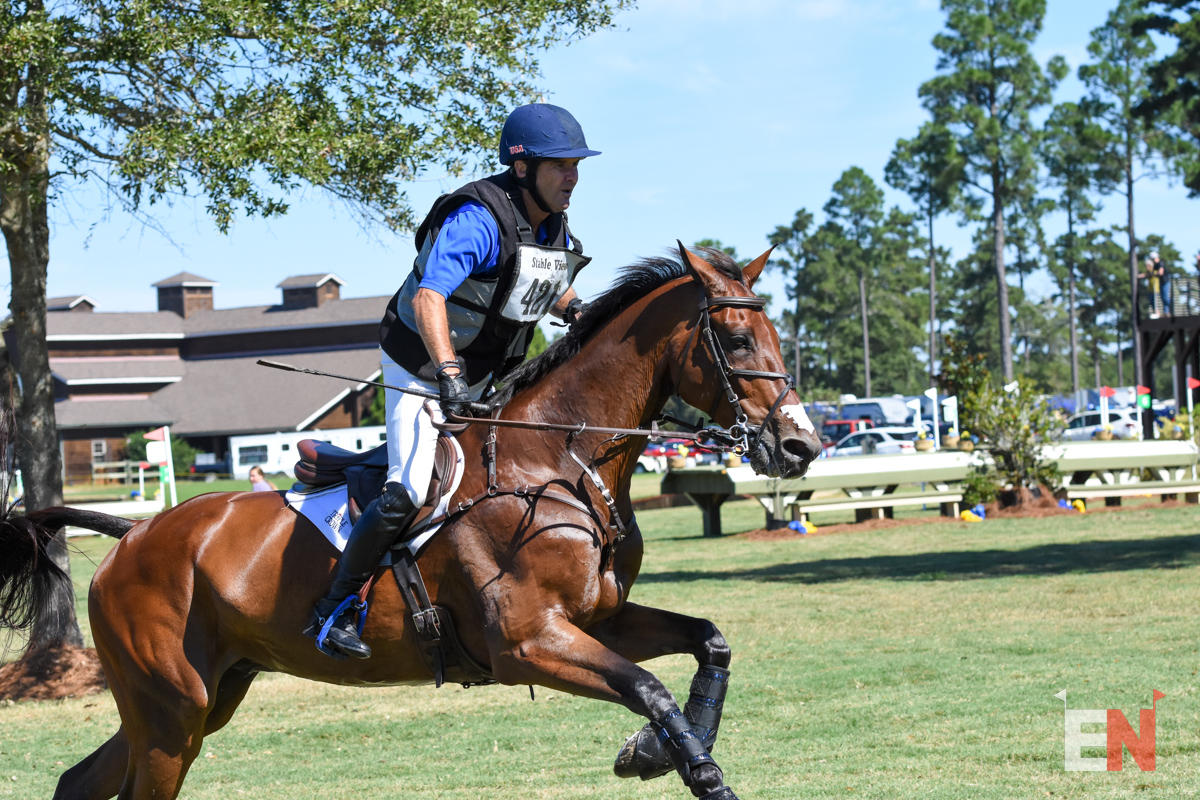 The Olympic bronze medalist led from pillar to post. A dressage score of 23.8 gave the pair breathing room for a few penalties across the jumping phases, including the 0.4 time penalties added today. Their time of 6 minutes and 18 seconds made them the fastest pair of the division — a massive accomplishment for this horse who has not always been so adjustable to benefit the time.

“It’s one thing to go faster — then you have got to be able to come back and prepare for the jumps, especially if, you know, there’s a good technical line, and that’s usually been the trouble with him. It’s the time it takes getting back the right way. So that part’s getting better. Today was a good prep for Maryland,” Phillip said.

While Phillip’s second entry, Sea of Clouds, was galloping around beautifully, they accidentally jumped an Intermediate fence, which left them with a technical elimination. 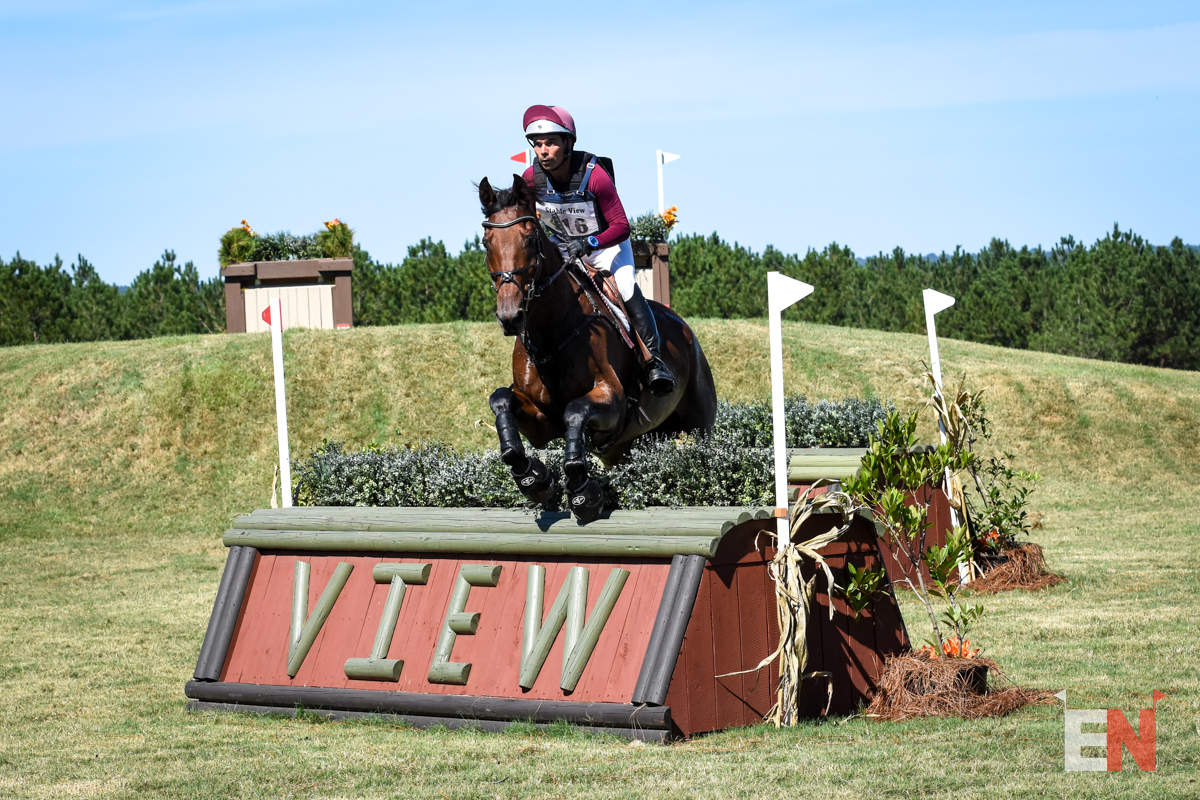 Speaking of turbo boosters, Dom Schramm motored around with Bolytair B as the second fastest of the day, a mere 2 seconds over the optimum time. The Team Bolytair B’s Dutch Warmblood earned a final score of 33.8 for second place. 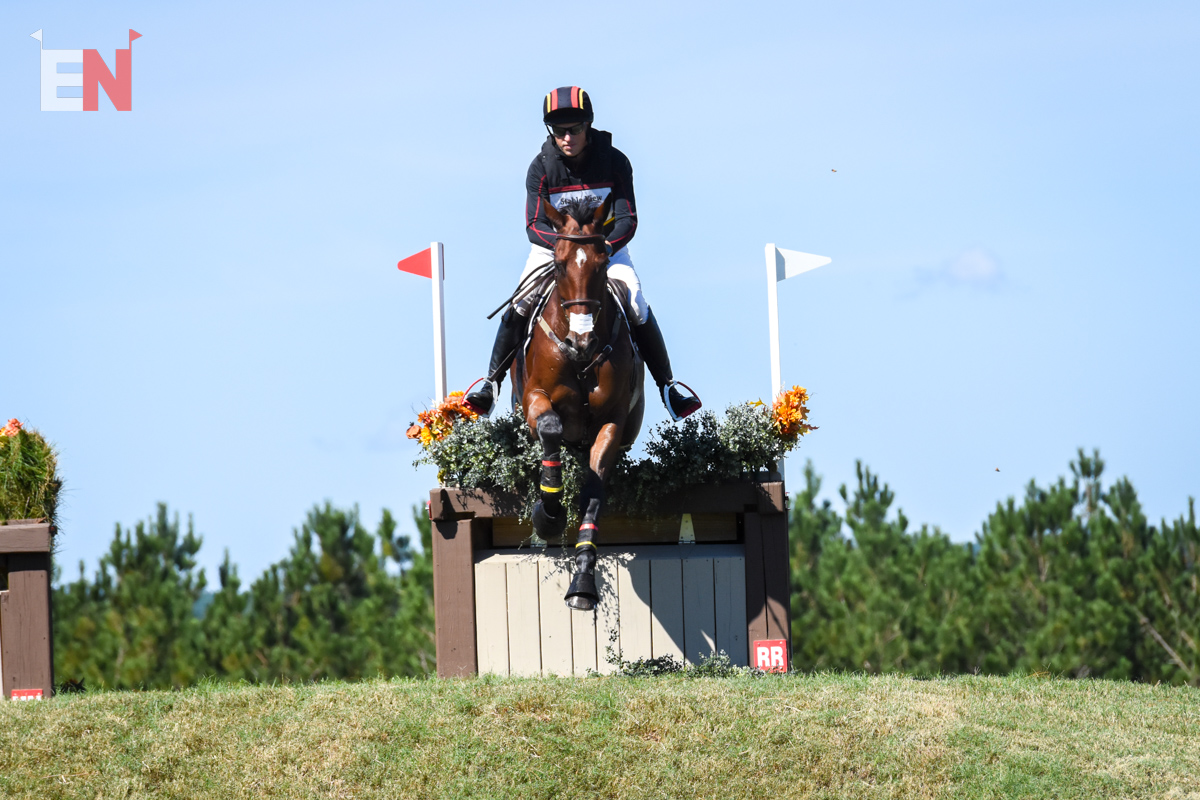 Third place was awarded to Doug Payne after a confidence-inspiring round with his own and Jessica Payne’s Quantum Leap. Bred stateside by Elizabeth Callahan, the 10-year-old Holsteiner gelding picked up 5.6 time penalties to finish on a score of 39.7. 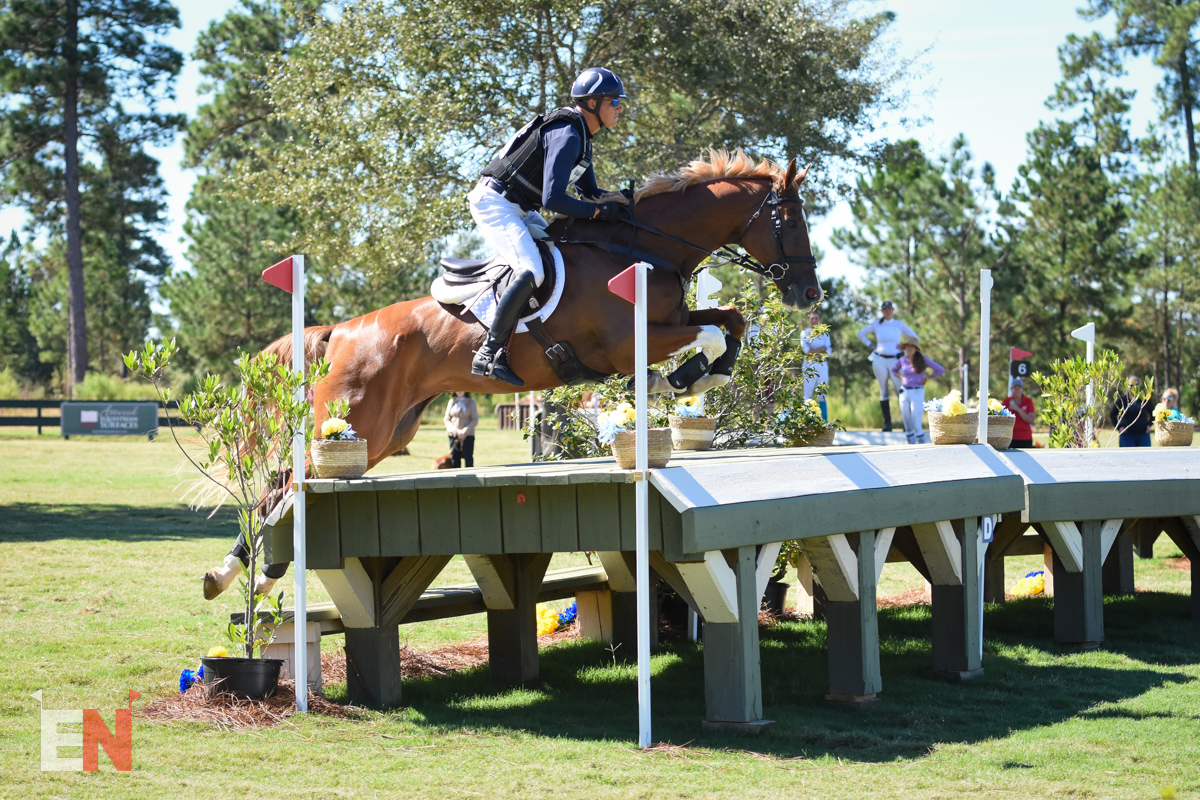 Leslie Law was the most well represented in this division with four entries, and he piloted all of them into the top ten. Voltaire de Tre was fourth (41), Lady Chatterly was fifth (43.1), First Class was ninth (48.3) and Typically Fernhill was tenth (51.4). 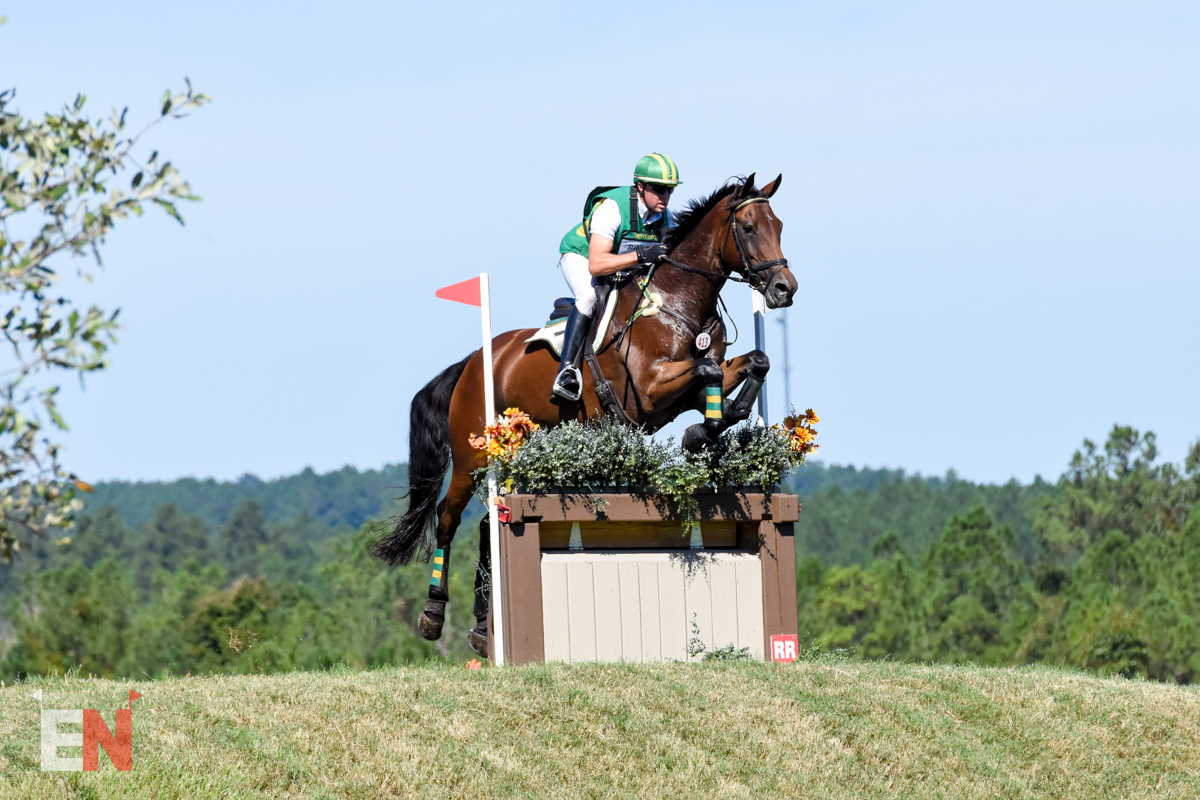 Canada’s Karl Slezak piloted his Fernhill Wishes into sixth place. The Irish Sport Horse/Holsteiner had an even 10 time penalties for a three-phase result of 43.9. Clayton Fredericks is seventh with FE Stormtrooper on a score of 44.5, and Liz Halliday-Sharp is eighth with Cooley Quicksilver (46.3).

There was plenty to do across Capt. Mark Phillips’ track, but the Bobcat Meadows Oxer to Corner combination at 21 proved to be the most influential. The massive open oxers and corner accounted for two stops and two frangible pins. Despite issues peppered elsewhere, 64% of the division completed without jump penalties. Well done! 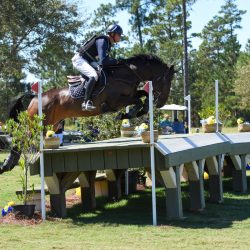 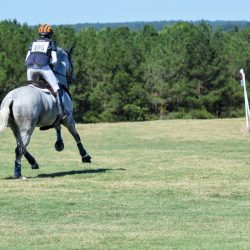 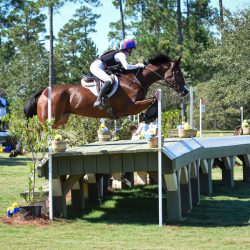 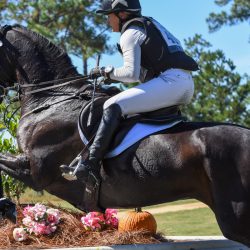 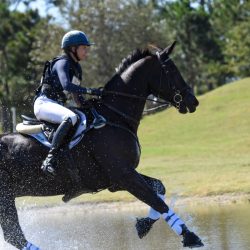 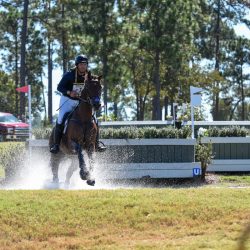 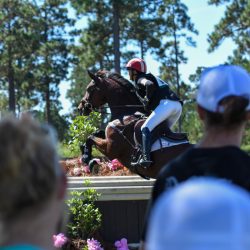 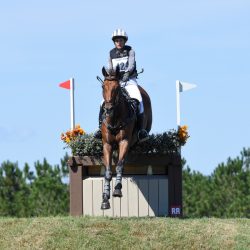 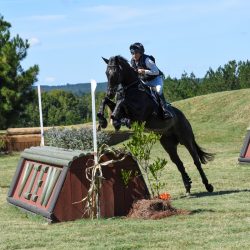