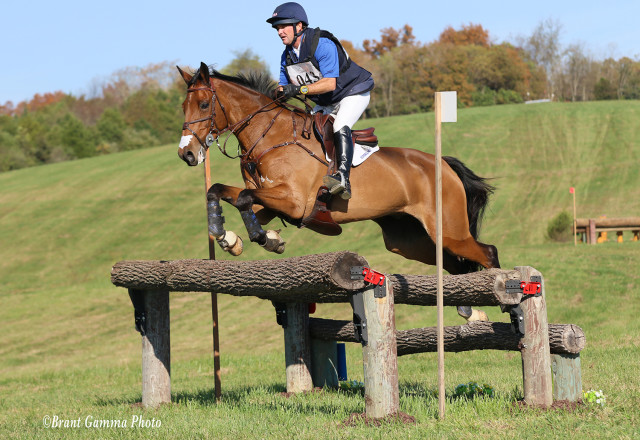 It was pristine conditions for a day in the cross country field at the Virginia Horse Trials, and the first winners of the weekend have been named. Show Jumping continues today for the CCI2* combinations.

The Rio Olympics bronze medalist once again demonstrated his skill with horses at all levels and skill sets as Phillip Dutton produced two out of only nine double clear cross country rounds Saturday, moving his mounts up the rankings to first and second in the Virginia Horse Trials CIC2*. The Revelation Group’s Fernhill Revelation won the division after sitting in second overnight, and David Garrett’s Corazon jumped from fifth after dressage to third after show jumping and finally landing in second for the weekend.

“This is Fernhill Revelation’s first FEI competition in the U.S. since importing him from Ireland, so we are thrilled for his owners to take home the win this weekend,” Phillip said. “He already has a lot of experience at the three-star level with his previous rider Fraser Duffy, and we’re looking forward to bringing him out at that level in the spring. He has an incredible amount of talent and is definitely a horse for the future.”

Hannah Sue Burnett and Cooley Dream had been sitting in second after show jumping, adding four time penalties on cross country to an otherwise cracking round and finishing the weekend strong in third place. Boyd Martin and Kyra rode a dressage score finish all the way up the board from 11th place to fourth overall. Dressage leader Mara DePuy and Congo Brazzaville added a rail and four cross country time faults to her starting score to ultimately finish fifth.

In the two-star debut for VHT, Lindsay Kelley and Cooley Cruise Control produced a double clear cross country run to take over the lead in the division. Lindsay and the 7-year-old Irish Sport Horse gelding owned by the Cooley Cruise Control Syndicate were second after dressage on 51.8 but capitalized on a good day in the field to move up. 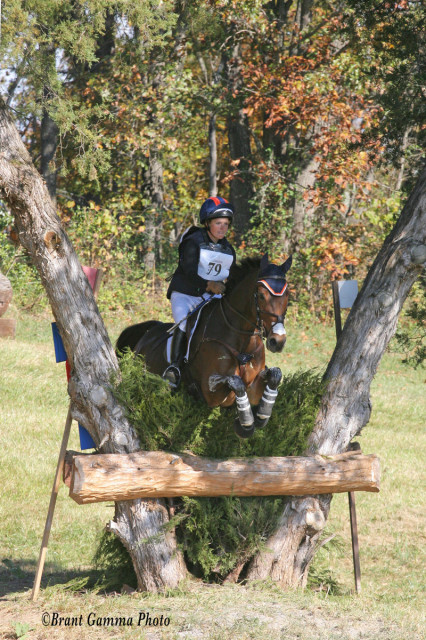 “It’s always been my challenge on the flat, but he put in the best test he’s ever put in before,” Lindsay said. “He was a machine. He’s figured out what cross country is and was fresh going into it and he got on course and just grew up. He was a baby for a long time and now he’s looking for the flags. It’s his first CCI2*. Early on we were always thinking about the time, but (yesterday) he ate it up. He really grew up.”

“We had to teach him to gallop,” Lindsay continued. “He’s finally learned to gallop and that has made it all the better. We’ve been competing since February and every event is a little better. This one he came ready to show what he’s got.”

Overnight leader Jessica Phoenix had a stop on cross country aboard Humble GS to fall out of the top mix. Kelly Beaver and Sempre Fino added just .4 time faults on their day to move into second place in the division. Boyd Martin and his homebred Ray Price are sitting in third.

In the Intermediate Championship division, Sydney Solomon and Laurie Cameron’s Early Review C captured the tri-colored ribbon by leading the event start to finish, adding just 9.6 time faults to their dressage score to win the day on a 50.9. The 19-year-old is one of Phillip Dutton’s working students and has been moved along well by the apprenticeship.

“[Early Review C] is a fiery little thing. She can definitely get hot and excited easily but she really wants to do it. She’s willing and honest,” Solomon said. “Show jumping was amazing; she did not touch a rail. Sometimes we have trouble making the stride when she gets spooky [on cross country] but today she was forward and good the whole time.”

Boyd Martin and Tsetserleg claimed the Open Intermediate win by being one of only three double-clear rounds in the division, moving up from second after show jumping. Boyd also nabbed the yellow ribbon aboard Santos. Jennie Brannigan split the Martin mounts by taking second aboard Cool As Ice, adding just 3.2 time faults on cross country to their dressage score.

Keep it locked on EN for our final wrap-up from Virginia and much more! Go Eventing. 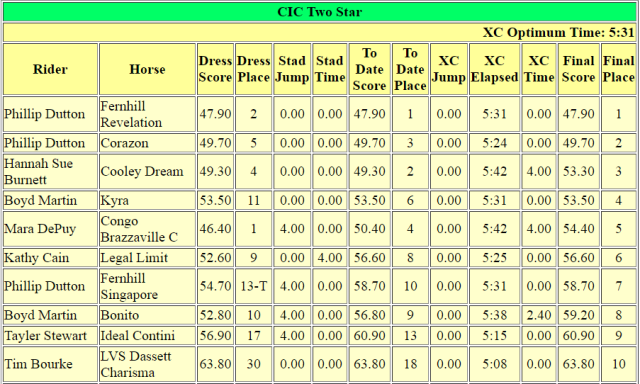 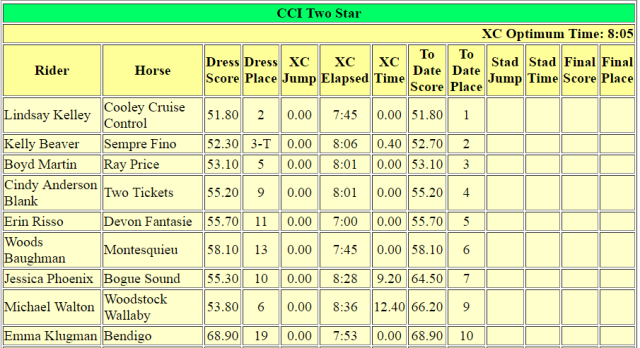