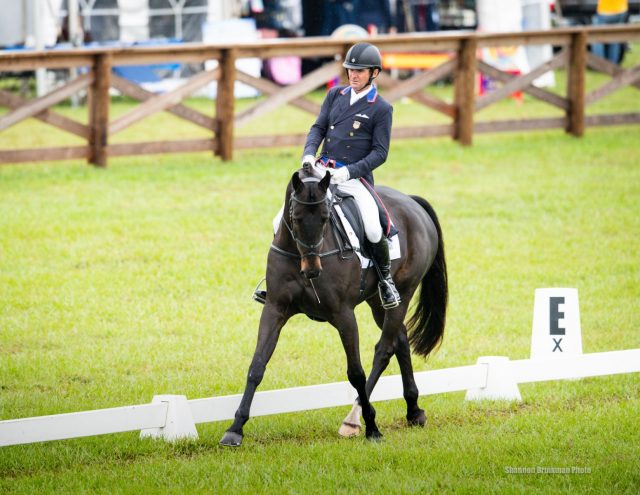 Phillip Dutton wins a lot of events on a lot of horses, but there’s something extra special about the winning streak his been on of late with Fernhill PickPocket. We were all dabbing at our eyes a bit when they swept the MARS Great Meadow International CCI3*-S from start to finish back in August, and then followed that up with two more wire-to-wire CCI3*-S wins at Morven Park and Virginia.

Phillip took over the ride from his stepdaughter, Lee Lee Jones, who is now a part-owner of the horse with her grandmother Annie Jones and Caroline Moran. Here at Ocala Jockey Club International, the pair is once again in the hunt for a win, taking the dressage lead on 28.9.

“It’s a little bit of an emotional relationship because he was actually Lee Lee’s horse, and she bought him originally from Ireland,” Phillip says. “So it’s kind of sad, but it’s also exciting to have him.”

Lee Lee acquired “Ollie,” an 8-year-old Irish Sport Horse (Chacco Blue x Bracklin Mystique, by Solitair), as a 4-year-old from Carol Gee and produced him up to Training level before her accident in 2016. The following spring, Phillip took over the ride, bringing the horse along slowly and methodically.

“We’re really excited about his future,” Phillip says. “He’s a little bit of a volatile horse, he’s not the most laid-back horse you’d ever see and so everybody’s in agreement we’re going to take our time with him and slowly produce him. He’s got the makings of a really top horse. He can move and operate on the flat, but he’s also a good jumper as well.”

Looking ahead to cross country, he says, “It’ll be the longest course he’s done but it should be well within his capabilities at this stage of his career. There’s some quite decent proper jumping efforts there and there’s also some jumps there that are a bit small compared to some of the course. The course varies a lot. He can be a bit of an aggressive jumper, so I’ll just have to make sure that he doesn’t get too flat and low at the smaller stuff so that he’s at his best for when the harder stuff comes.” 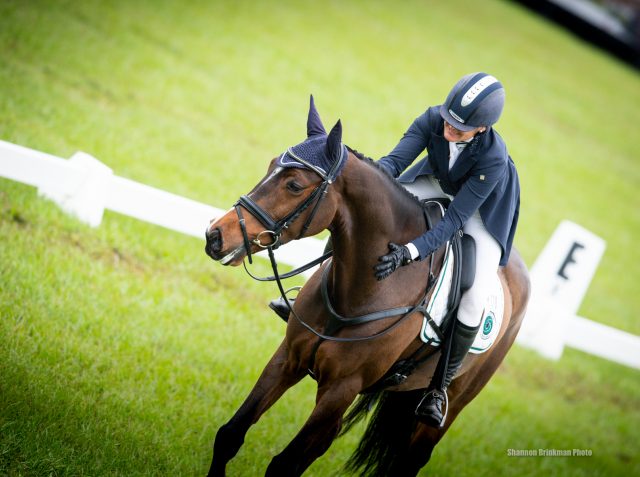 Katherine Coleman, winner of the 2018 CCI4*-L, is 13th in the CCI3*-L with Monbed Senna. Photo by Shannon Brinkman.

The horse is a new ride for Leslie, who is taking the reins until Ellie O’Neal has her baby in January. The pair got off to a super start, finishing 4th in the CCI3*-S at Stable View in September.

Of tomorrow’s cross country track, Leslie says, “It’s a great course, the terrain is so good here, the setting is so good, the ground will be really good after last night’s rain. It’ll be a good competition. There’s a few lines which are questions as to whether we’re leaving a stride out or adding a stride here or there and so I’ll have to feel my way a little bit since I don’t know the horse inside out so we’ll go out there and see where we are at about fence five or six and hopefully get the job done.”

“Ellie has done a great job with the horse and the mare’s been really well produced and she knows the horse very well. So where there is a question of, in a line whether it might be an extra stride or one less stride, I’ll ask Ellie what she thinks because she’s got way more experience on her and knows the horse way better. So any kind of information like that for me right now is only useful to have. You have to feel your way when you’re out there and so a lot of it then becomes instinct.” 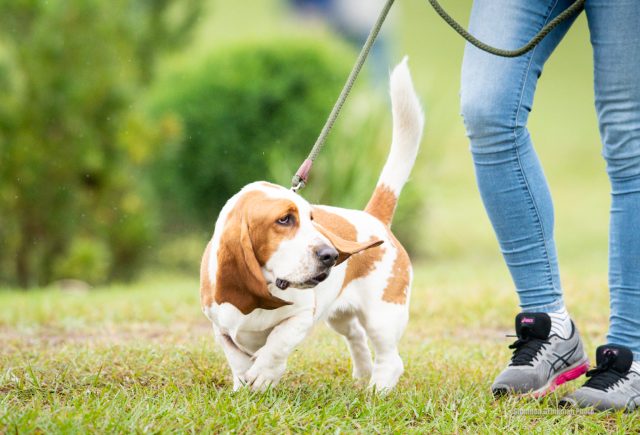 Jon Holling is third on 33.0 with Prophet, his own 7-year-old Trakehner bred by Anissa Cottongim (Tatendrang x Pennant’s Valentine, by Pennant).

“I’ve had him for a long time, I got him when he was three. But it’s only his fourth Intermediate, so while I know the horse really well and I feel confident going out he is still green at the level,” Jon says. “Like Leslie was saying, there are some questions out there where I know in another 12 months’ time, he’ll be ready to attack it — I’d say tomorrow I’m just going to have to see how he feels when he leaves the box. He’s been really good and strong and bold on the cross country, the three competitions he has been at the level. But it’s still new enough to him that I’ll just have to see how he feels. He’s a pretty brave, bold, confident cross country horse so fingers crossed he’s up to the challenge.”

Jon is pretty easy to spot this weekend, having found himself on the losing end of a bet: Jon’s Green Bay Packers lost to Buck Davidson’s Philadelphia Eagles, leaving Jon relegated to wear an Eagles Jersey throughout the weekend — including on cross country. (“Buck tried to make me wear it during the jog but that’s where I draw the line,” Jon says.) Oh, you two. Payback is heck, I guess.

Regardless, we’re all looking forward to a sporting day of cross country tomorrow followed by a thrilling finale come Sunday. Everyone has glowing praise of Ocala Jockey Club.

“I can’t think of a better venue that I’ve been to, it’s beautiful here,” Jon says. “It’s the perfect time of year and setting for an autumn four-star. Obviously I’m a bit partial to it because I live 30 minutes away, but I’d travel to come to this event. To me, it’s on par with some of the best venues I’ve ever seen. The courses are built really well, and there’s a good team in place.”

“This is a horse I got as a 3-year-old (from Harrington Horses in England), he’s still pretty young,” she says. “He’s awesome, he was really, really great in the warm-up, got a little bit distracted in the ring. But like I said, he’s young so I’m okay with that for now.”

Of the course, she says, “I think it looks very appropriate, very good  a little bit long. It’s his first CCI3*-L. See how he feels and take it one jump at a time.”

CCI4*-L dressage is underway, along with the conclusion of the CCI2*-L. Stay tuned for those reports later today! Until then, you can watch the action live on EN or via EQTV Network. 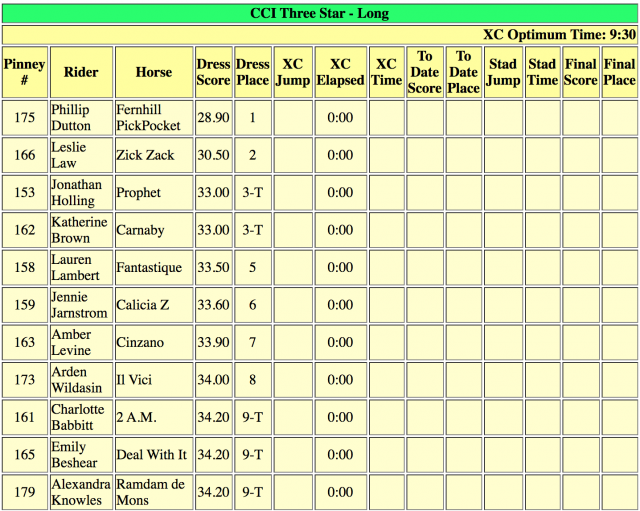