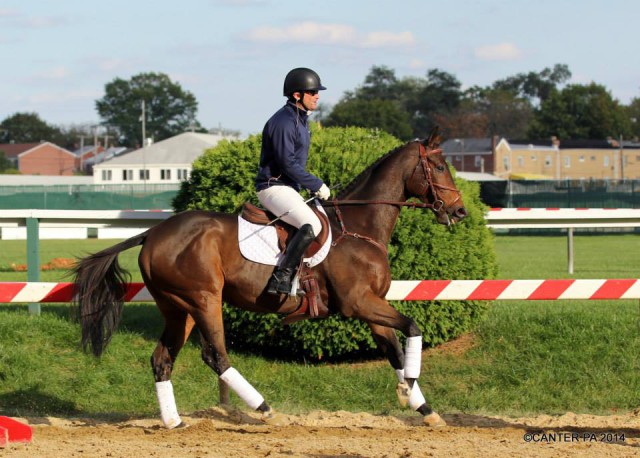 With Icabad Crane slated to go as the last horse in yesterday’s America’s Most Wanted Thoroughbred Contest at Pimlico Race Course, Phillip Dutton knew he had to pull out all the stops to take the win.

“The whole afternoon was pretty incredible and inspiring watching these off-track Thoroughbreds — where their lives have gone and what the other trainers have been able to achieve with them in all these other disciplines,” Phillip said.

“But we were getting a bit desperate because I’d watched the others go, and they were all really impressive. We had to pull out all the stops and show off everything he has learned — his alertness and rideability but also how sensible and quiet he is.”

Phillip hadn’t decided exactly how he was going to show all that during his demonstration until he arrived at the track that morning, where the Retired Racehorse Project team had set up a variety of jumps in front of the famed Pimlico grandstands.

After spotting a combination of verticals, Phillip decided he would show off Icabad’s adjustability, putting four, five, six, seven and eight strides between the jumps before coming around one more time to get four again.

“He is very adjustable and such a sensible horse,” Phillip said. “The last time he was at Pimlico was when he ran in the Preakness Stakes in 2008, so to give it a go in front of the grandstands says a hell of a lot about the horse.” 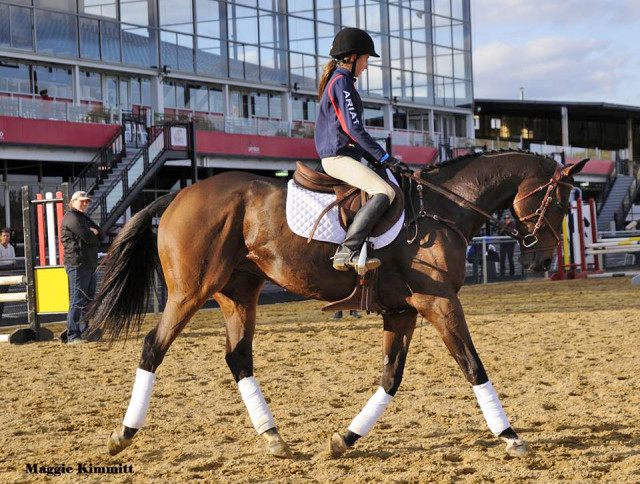 But the highlight of the demonstration proved to be when Phillip’s 13-year-old daughter Olivia took the reins, hacking a very quiet Icabad around the track and stealing the show.

“Olivia loves him and his ridden him quite a bit at home,” Phillip said. “We hadn’t planned to have her get on him, but we knew we needed to pull out the cute card.”

And the strategy worked, with Icabad Crane just edging Pookie’s Princess in the online voting to win the $10,000 America’s Most Wanted Thoroughbred Contest.

Everyone wants to know what’s next for Icabad, and Phillip said the horse’s owners, Graham and Anita Motion, and sponsors Cosequin and Brook Ledge Horse Transportation have agreed to support his training through the rest of his season, which will end at Virginia Horse Trials later this month.

“He’s gone way beyond all our expectations in such a short time. His last race was just August 30 last year,” Phillip said. “After Virginia Horse Trials, he’ll go a for a little break, and then I’ll be begging and pleading to keep him going next year.” 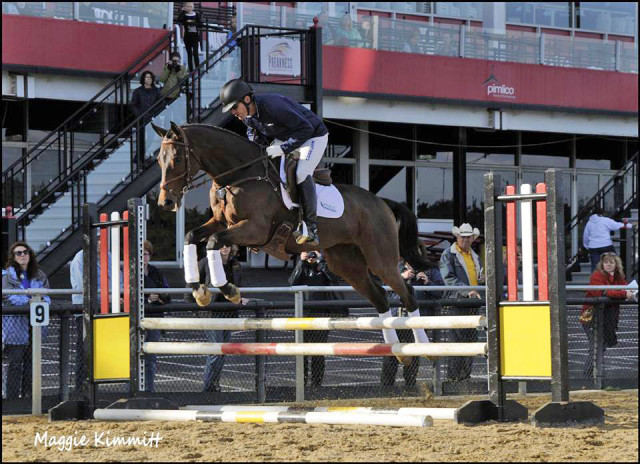 Having never participated in the Retired Racehorse Project’s Thoroughbred Makeover before, Phillip said he didn’t know quite what to expect going into it and was ultimately very impressed by the program.

“All the credit goes to Steuart Pittman and his crew for having the vision to support such a great cause,” Phillip said. “It’s a good education for all of us to see what these horses can do with the right patience and training.

“So many horses that are purpose bred or sport bred are being imported nowadays, and a lot of people don’t go through the process of re-training. Instead, it’s the process of bringing on a green horse,” Phillip continued.

“Thoroughbreds have a totally different experience from the show world, so it’s a lot of re-training. But they are such intelligent animals. Once they’re given a program and shown what to do, they can start up a new career and really excel at it.”

Icabad Crane has shown that firsthand this year, starting his eventing career in March at Beginner Novice and ultimately moving up to Training level by the end of the season. “Hopefully Icabad’s success can bring Thoroughbreds to everyone’s attention,” Phillip said.

Phillip wanted to thank all the EN readers who voted for Icabad Crane to win. You can follow along with the horse’s progress on his Facebook fan page by clicking here. Go OTTBs!