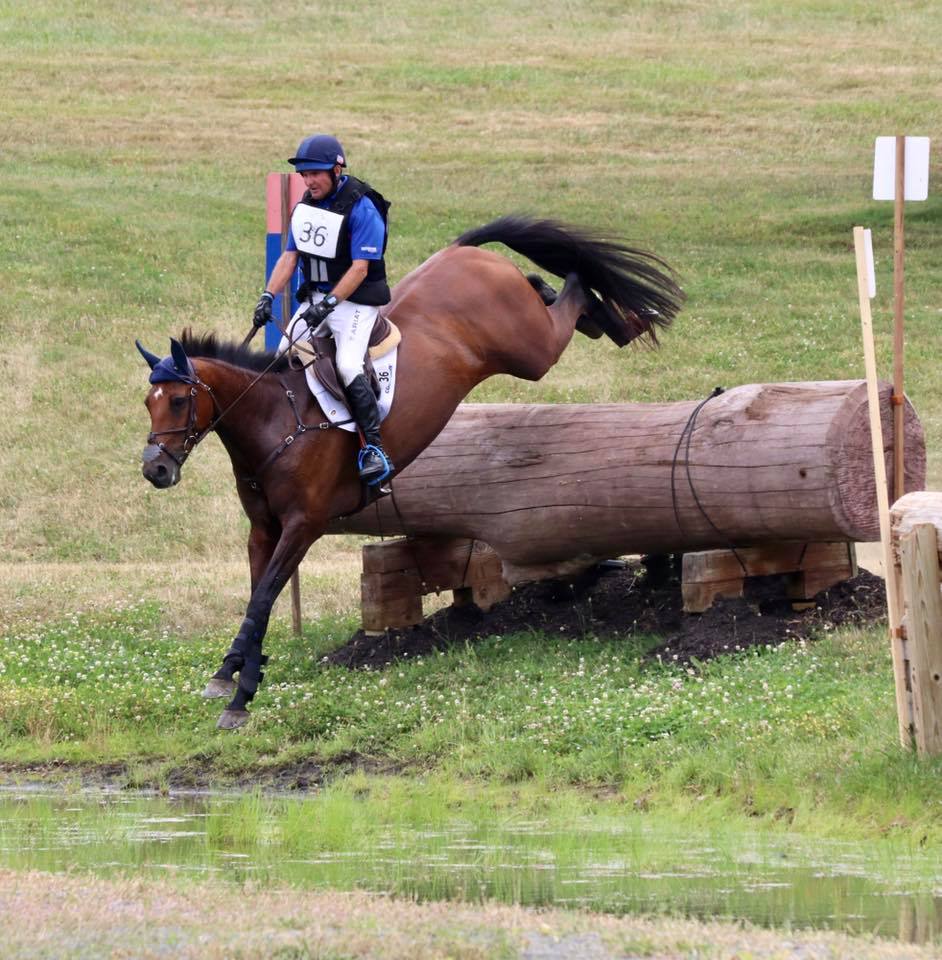 Phillip Dutton enjoyed a successful day trip to the Horse Park of New Jersey over the weekend, piloting Z and Luke 140 to wins in the two Advanced divisions.

As one would imagine, Phillip has been diligent about his homework during the past few months despite the lack of competition.

“We’ve been working hard during the quarantine and it’s rewarding to see it pay off, not just for us personally but for our entire team,” Phillip says. “With Boyd and Silva Martin’s cross country facility close by we’ve been taking advantage of that at least once a week with various horses.”

Phillip has been getting good feedback from Peter Wylde and Richard Picken in show jumping, and has been working with Silva Martin and Scott Hassler in the dressage.

In addition to his top placings at HPNJ, he finished 2nd and 3rd respectively in the Advanced at Stable View last weekend with Sea of Clouds and Fernhill Revelation.

Of his outing at HPNJ, Phillip says, “The event ran very smoothly and I commend all the organizers and volunteers these last few weeks who have adapted to all the new rules and regulations, and also a personal thanks to all the grooms and owners for being so patient and long-suffering as we all navigate our way through the ‘new normal.'”

You can view complete results from the event here. 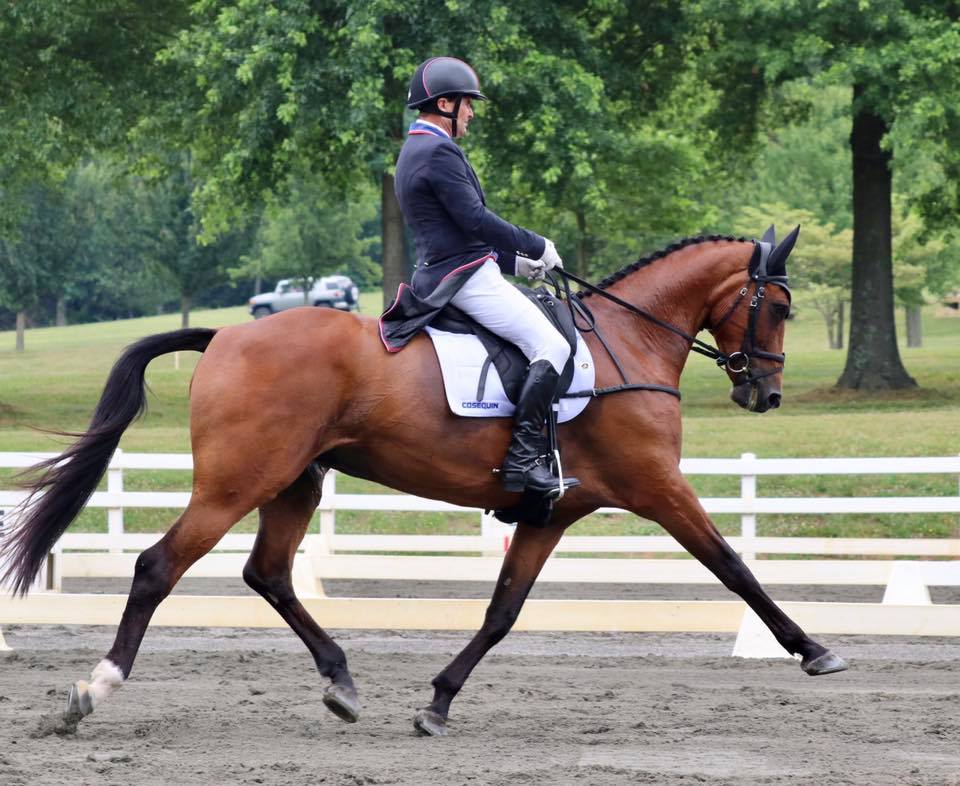 The pair took the early lead on a dressage score of 26.1. “Silva has actually been riding him a bit for me on the flat to help with the changes and we’re on a good trajectory,” Phillip says. “It certainly was a good test but there were a lot of places where I could do a lot better so that’s exciting.”

They jumped clear in both phases, adding six time penalties cross country to finish on a score of 32.1. “In the show jumping I just worked on 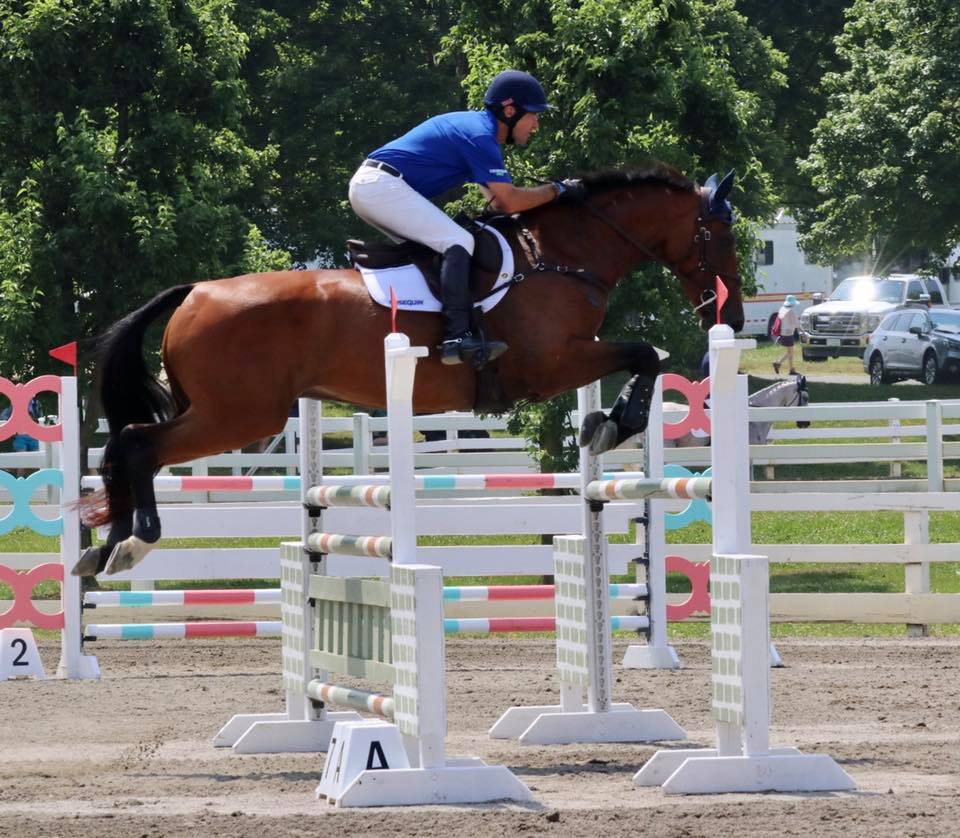 trying to get his jumping more relaxed and not just frantic and for him to try and think a little bit more as he’s going around,” he reflects. “He was brilliant cross country, that’s about the best he’s been. It’s not a tough course by any means and I wasn’t pushing him but he just zipped around and he’s turning into a phenomenal cross country horse.” 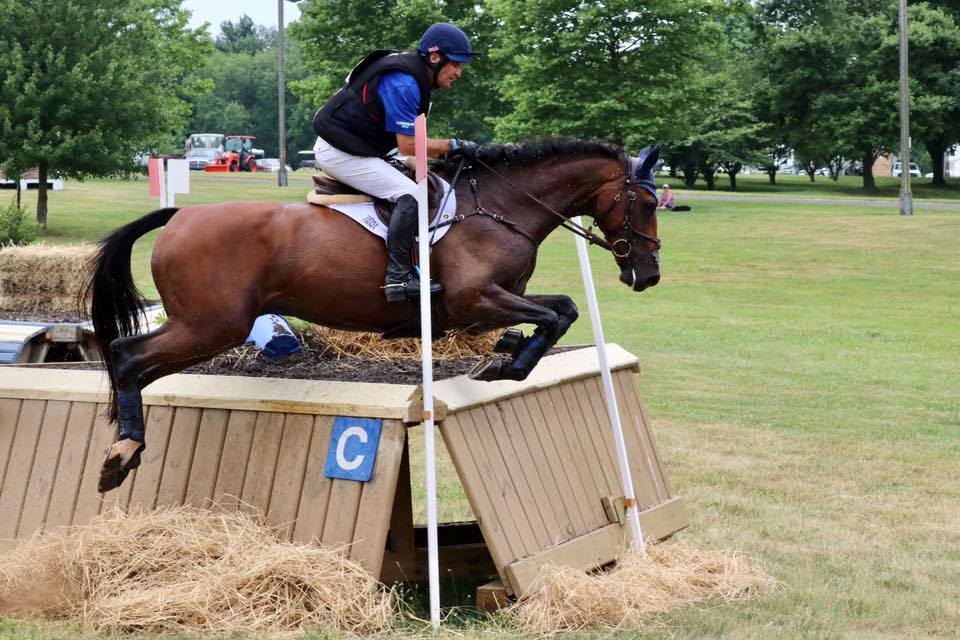 Buck Davison and Carlevo were 2nd on 36.3; Emily Beshear and Olney Uncle Sam were 3rd on 37.4. The two switched places after show jumping when Buck turned in the fastest cross country round of the division, with 5.6 time penalties, and Emily picked up 10.4. 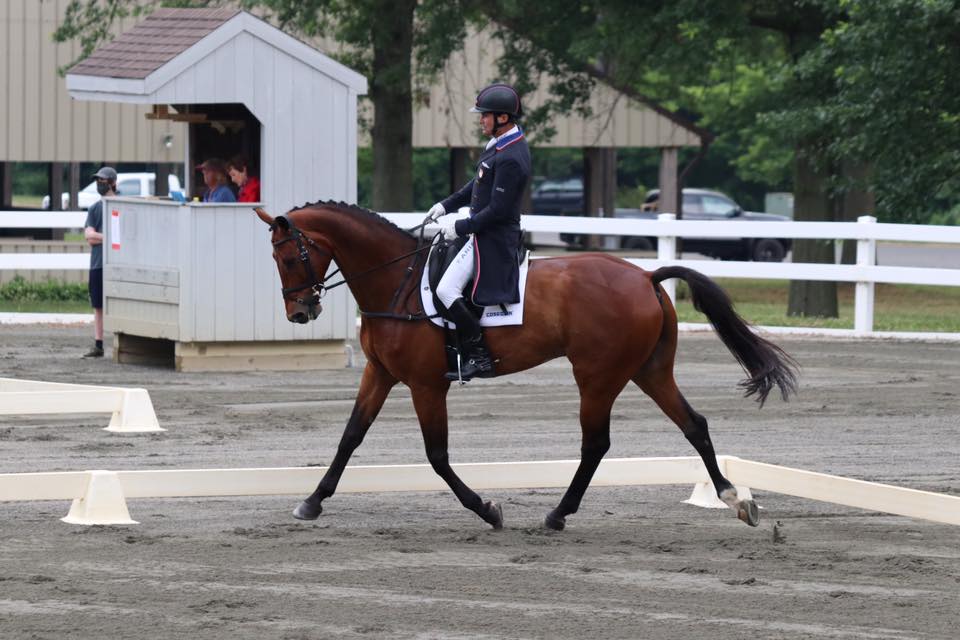 Phillip led the second Advanced division from pillar to post as well: “I rode Luke 140 for Boyd Martin this weekend as he’s injured himself (again!) and he duly won, leading all the way on his dressage score of 32.”

Boyd and Luke 140, a 9-year-old Holsteiner gelding (Landos x Omega VI, by Limbus) owned by the Luke 140 Syndicate, finished 2nd in the Jersey Fresh CCI3*-S and 3rd in the Great Meadow CCI3*-S in the first year of their partnership together last year. Previously, the horse was campaigned through the 2* level by Swedish eventer Malin Peterson. 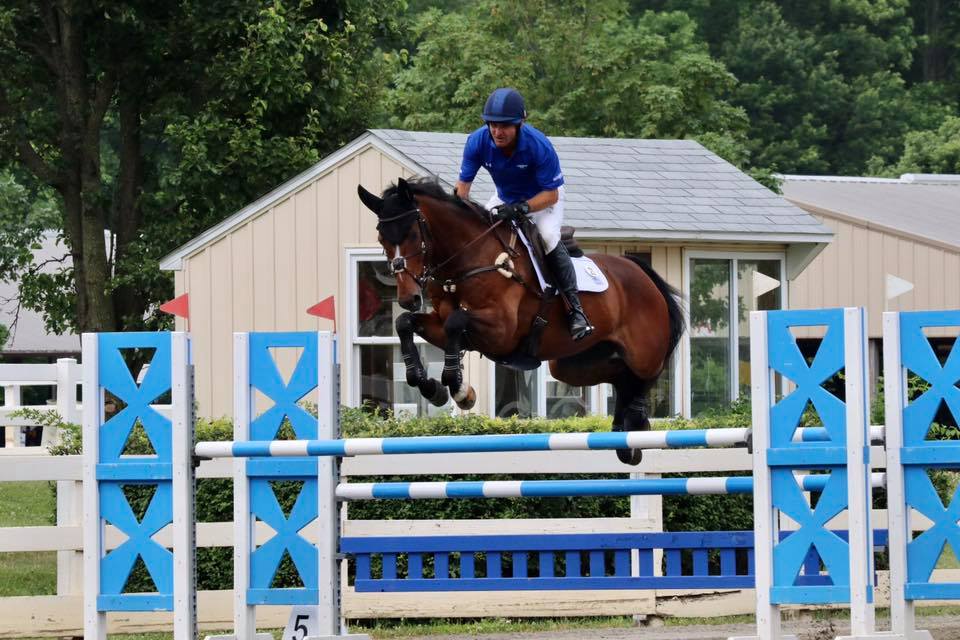 “The horse is on the green side and I think they would ideally like to get him to the Olympics next year, or at least have him be in contention, so the more runs he can have between now and then the better,” Phillip says. “And if you count down from now and Kentucky in 2021 there aren’t that many runs left.”

“It’s very exciting for Boyd to have such a quality horse like Luke 140. They’ve done a great job with him, I didn’t have to do much, I rode him this week but that’s all. He’s trained but still green in the ring, in the dressage and the show jumping. For me in the cross country he needs to be a little bit more open in the stride and taking me down there a little bit more so I was just working on that, but I couldn’t be more pleased for Boyd and all his owners, I really think they’ve got the real deal here.” 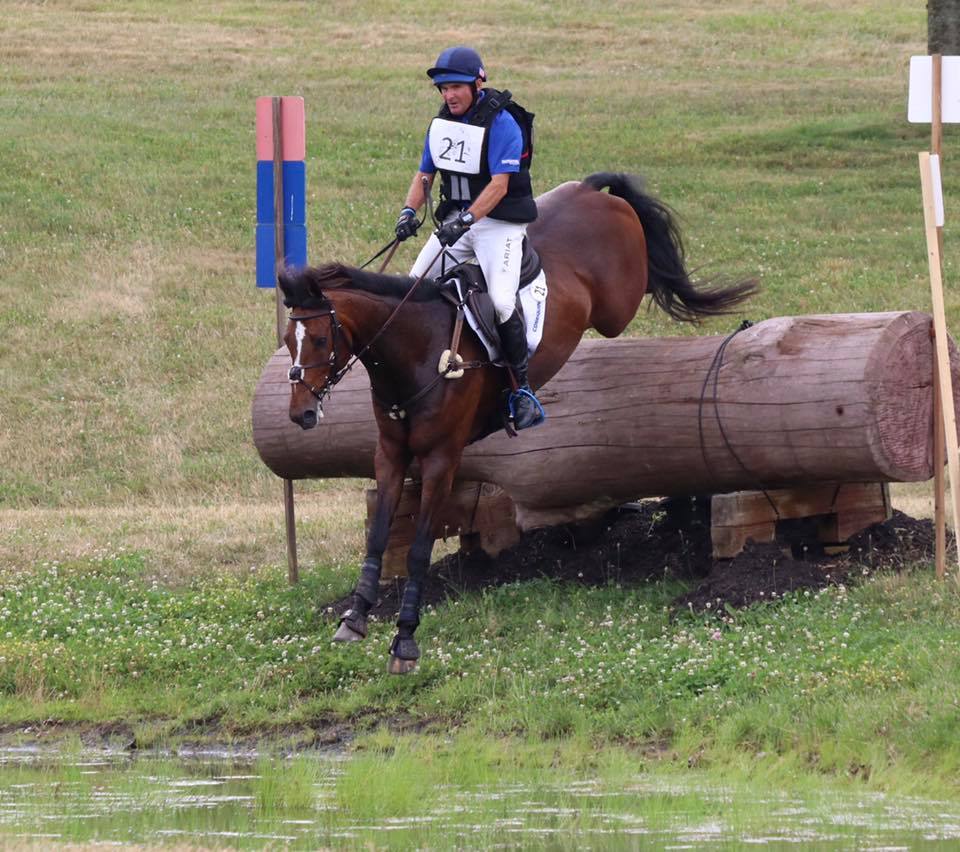 Buck Davison played bridesmaid in Advanced B as well, finishing 2nd with Erroll Gobey (43.8) — to his credit, he won Open Intermediate A with Cooley Candyman. Daniel Clasing rounded out the top three with MW Gangster’s Game (47.5). 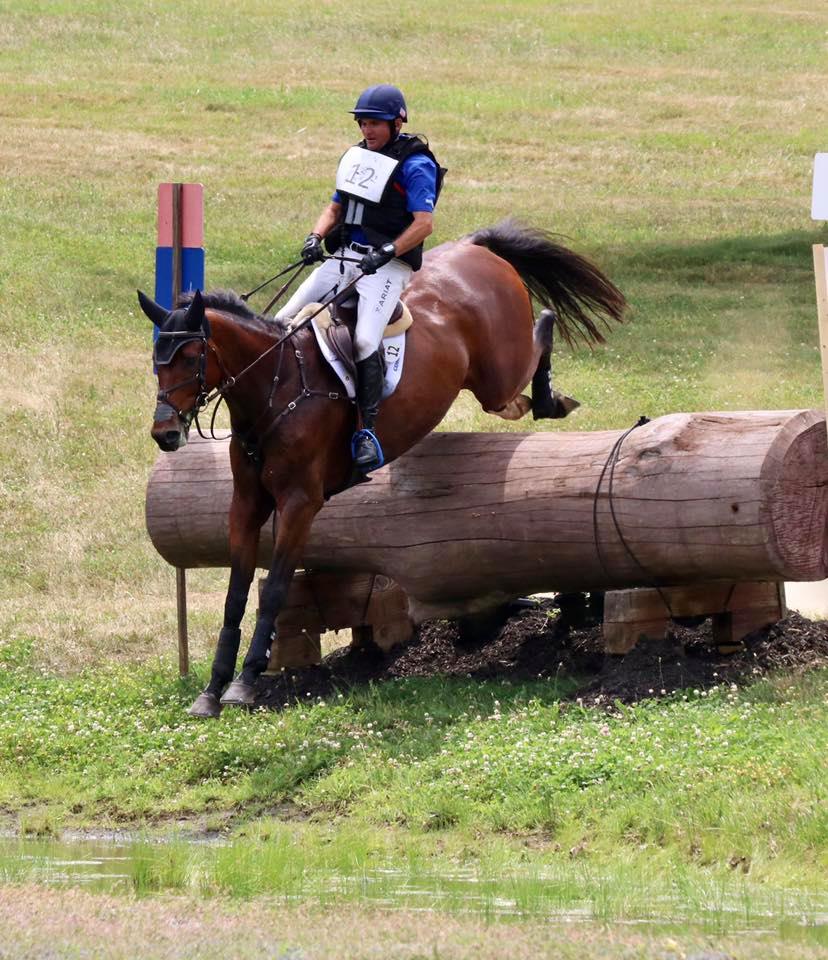 “I purposely went out very slowly cross country on him because I wanted to try and get him a little more rideable for when it really counts and when I need to go fast,” he says. “I’ve been working with Erik Duvander with him, and today that was definitely the plan with him to go slow but even so this was his best round to date. Obviously they’re more rideable when you’re not pushing for time but I was still really impressed with him. He show jumped well and overall I was pleased with his dressage test — he can do a lot better but for his first time out in a long time it was pretty good.”