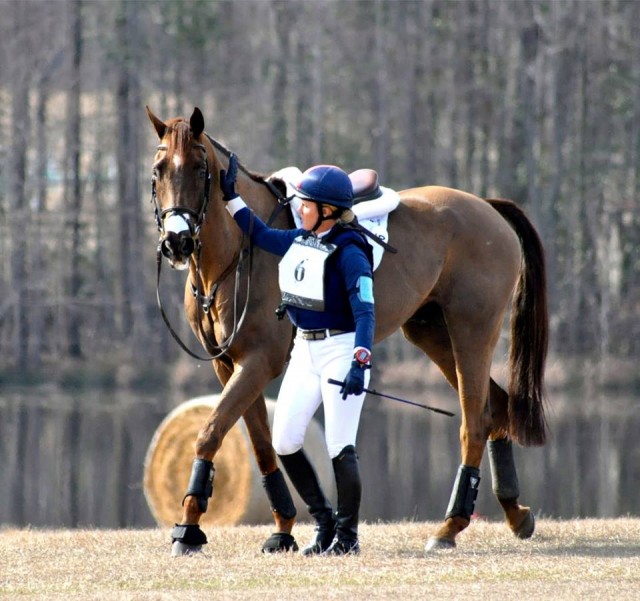 Allison Springer pats a contented Arthur after their first cross country run in over a year. Photo by Kate Samuels

Friday dawned bright and early, starting the day with horse trailers rolling in to Pine Top Farm in Thomson, Georgia in the dark of morning. As usual, it was bitter cold in the early hours, with frosty grounds that warmed up throughout the day. For me, Pine Top is always one of the most fun and exciting competitions, as most of our Eventing superstars from the east coast come here to have an easy run in the Intermediate and two weeks later come out for their first Advanced run of the year. The atmosphere is easy and full of camaraderie, as we can all laugh at some early season antics from our horses, who are feeling fresh and feisty at this time of the year.

This year was no different, and I got to catch up with lots of riders, checking out some new rides and enjoying watching some familiar faces. One of the best stories of the day was Allison Springer’s old friend Arthur, who has not competed since Burghley CCI4* in 2012, where he finished 6th. He spent almost a whole year recovering from an injury, and while we got a glimpse of him at the William Fox Pitt clinic in November, he hasn’t competed in Eventing for a while. They just returned from Wellington where they practiced their skills on the flat and over show jumps, and then cruised to an easy win here in the first division of Intermediate. I spoke to Allison’s groom, Alandra Halem, and she said that it was a wonderful day watching the two of them in action again. I heard from both of them that Arthur simply stepped off the trailer and breathed a sigh of relief, realizing that he was finally back in his element. Of course, Arthur, we put on the whole show just for you! 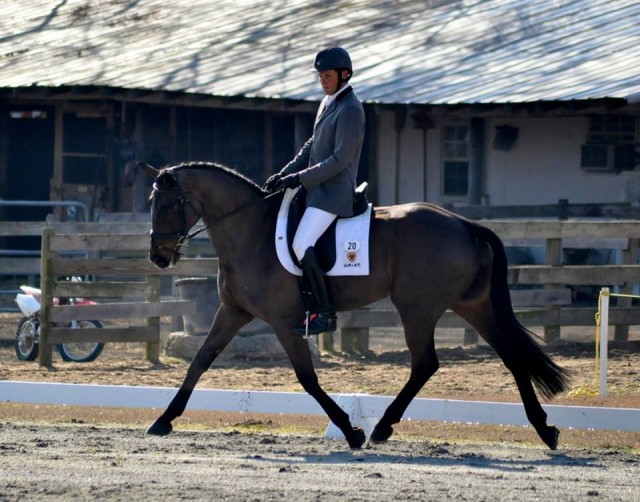 The other exciting horse to see competing this week was Boyd’s new ride, Shamwari 4. He recently acquired this horse, an 11-year old German-bred gelding who was competed on the Swedish Olympic team in London by Ludwig Svennerstal. I saw this horse just last fall at Pau CCI4*, and while Ludvig had an unfortunate end to his cross country round, it was clear to me that the horse is an incredible athlete. Lovely on the flat and super scopey over jumps, we are all excited to see this horse added to Boyd’s string of upper level competitors. While I think there will obviously be an adjustment period where they get to know one another, this is a really cool pair to be considered for future team USA competitions. They had an easy competition, finishing with no jumping penalties and taking it low key and slow on cross country. 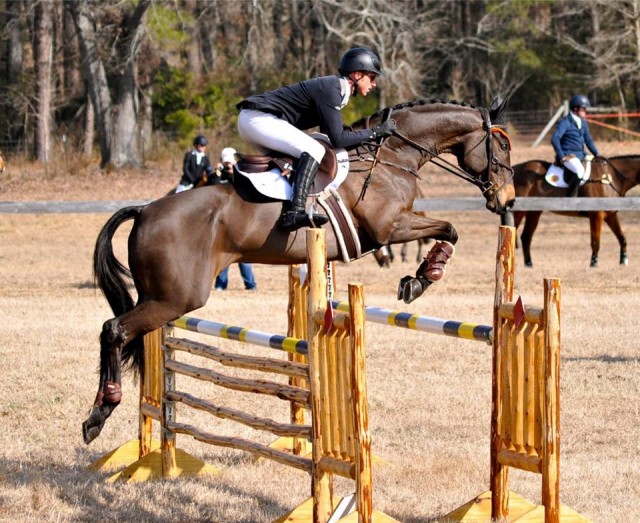 Doug Payne was parked right behind me with his gigantic trailer, and while in between rides he could be spotted sitting upright asleep behind the wheel, his horse Crown Talisman (Tali) looked better than ever. Sometimes a very tense and difficult horse, Tali really came into his own this fall with a 4th place finish at Fair Hill CCI3*, his first attempt at that level. This horse looked phenomenal on the flat, he’s a real freak of a mover, and with his new-found strength, he can really hold his balance longer for some consistently amazing moves in the sandbox. They had an unlucky rail in show jumping, but a smooth round on cross country to finish 4th in the first division of Intermediate. This pair are aiming at Saumur CCI3* in the spring, hoping to gain some key experience over Pierre Michelet’s cross country courses! 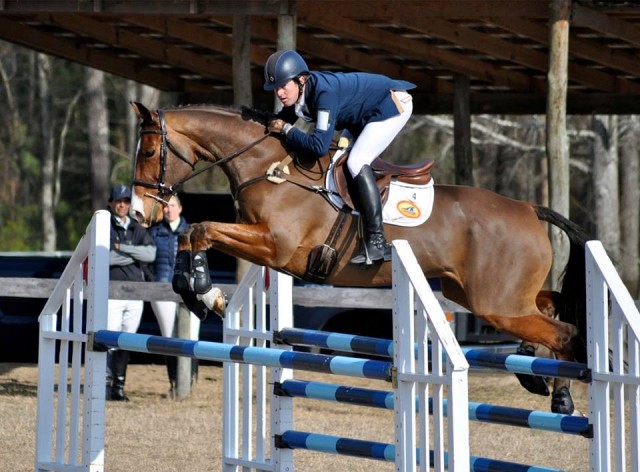 Will Faudree & DHI Color Candy, second in Intermediate I. Photo by Kate Samuels.

Will Faudree and DHI Color Candy (Andy) were another pair that I thought looked really good this weekend. While they had a few moments in dressage that I’m sure Will can work out with a few more competitions this spring, their jumping phases were two of the smoothest rounds that I saw all day. As one of only three rides to finish on his dressage score, he finished in second place behind Allison and Arthur.

While the weather warmed up, and I managed to get a combination sunburn/windburn on my face, the ground remained quite hard on cross country. Most people ran the course slow, as a combination of caution about the hard ground and in an effort to just give their horses a chance to stretch their legs before the big Advanced in two weeks. The three riders who went double clear on cross country were Will with Andy, Erin Renfroe on De Cordova (second in Intermediate Rider) and Peter Barry on Kilrodan Abbott (winners of Intermediate 2). 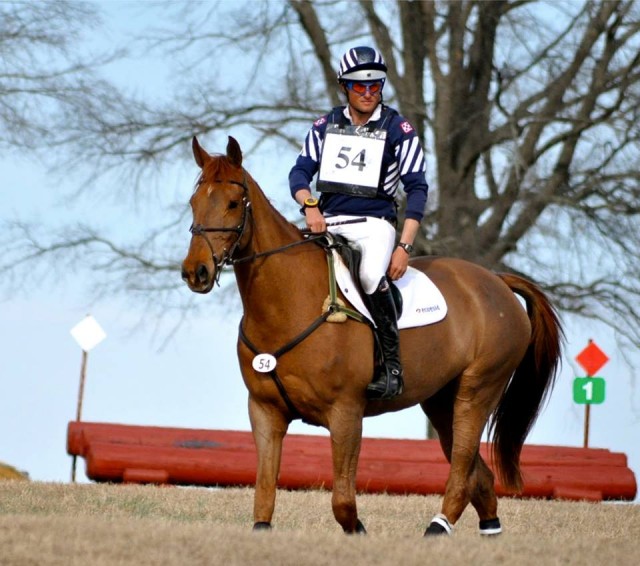 Another theme of the day was fashionable (?) glasses on cross country. Obviously taking notes from Andrew Nicholson, who is known for wearing yellow tinted sunglasses. I saw quite a few riders sporting different colors, designed to absorb different rays and make it easier for your eyes when you are outside in the bright sunlight. New fashion trend? You decide!

And just in case you were hoping to see the cross country course from my point of view plus some really awesome Pretty Lights music (because my microphone on my helmet cam failed), you’re in luck!