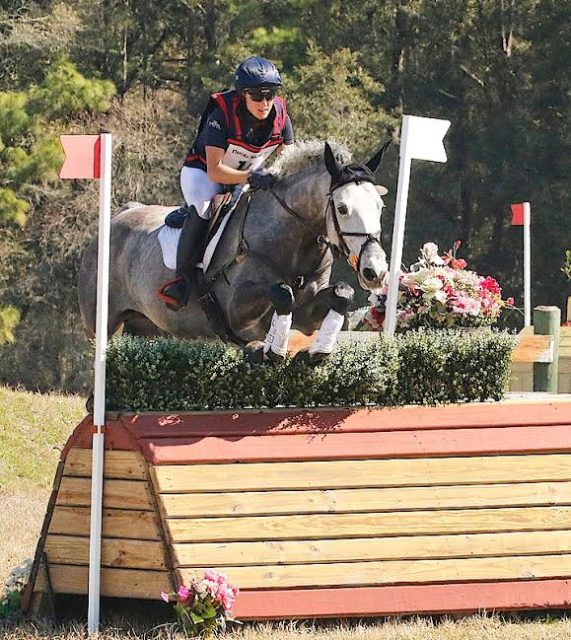 If you had any doubts at all, after this weekend we can officially say that the season is fully underway. Heavy hitters took over the many divisions at both Pine Top and Ocala Winter I. We’ve got the scoop!

Justine Dutton won the Intermediate Horse division aboard her MGH Heartbeat in Ocala. Adding just 1.2 time penalties to their dressage score (29.3), they finished on a score of 30.5. Pursuing riding after a life-changing fall, Justine has thoughtfully developed the partnership with this mare, and their result today is a testament to her dedication.

Chris Barnard said it best: “There are many highs and lows with horses and today is definitely one of the highs.” 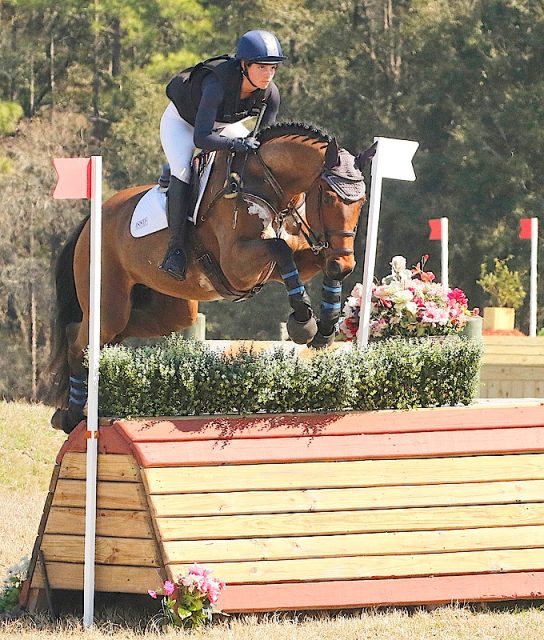 Hallie Coon and Shannon Baker’s Captain Chacco were second on 32-points with 4.8 cross country time penalties. Lauren Lambert and her Fantastique were third (32.1) as one of only two pairs to make the time on cross country.

Liz Halliday-Sharp and The Monster Partnership’s striking grey Cooley Quicksilver wrapped up a wire-to-wire win of the Open Intermediate-A division on their dressage score of 22.9. Liz also won the Advanced combined test with Deniro Z, who is owned by the partnership of the Deniro Z Syndicate and Ocala Horse Properties.

Kylie Lyman and Joan Nichols’ Da Vinci Code bounded into second place (27.1) after achieving a double clear cross country, and Jessica Phoenix was third on a score of 28.5 with Don Good’s Pavarotti. 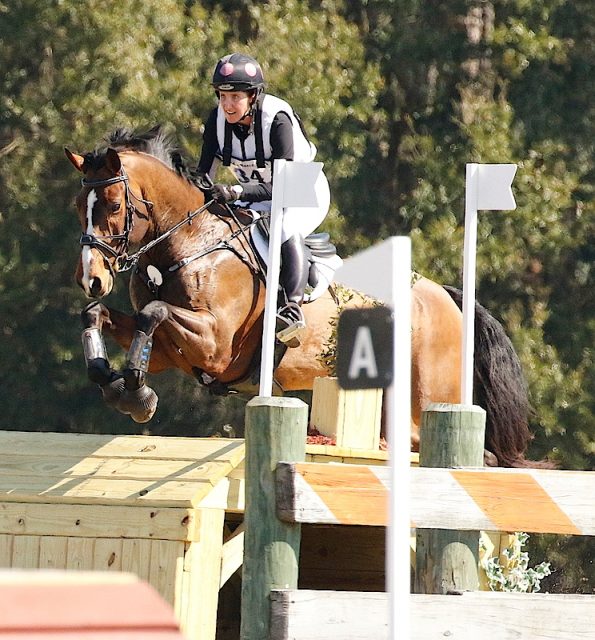 In the Intermediate-B division, Katherine Rivera earned the win aboard her own Royal Lufttanzer. They finished on their dressage score of 30. Second place went to Kristen Bond and Liz Bond’s Enough Already on a one-rail score of 31.8, and third place was claimed by Buck Davidson and Erroll Gobey, who is owned by Cassandra Segal, Lisa Darden and Natalie Sandler (32.9).

A little farther north, the Aikenites converged on Pine Top Farm in droves. Colleen Loach and Peter Barry’s Qorry Blue D’Argouges won the Advanced/Intermediate division in their first outing since WEG. They led from start to finish, adding 6.1 cross country time penalties for a final score of 45.6. Lillian Heard and her LCC Barnaby were second (50.3) and Katherine Brown and her Victor Z were third with 54.1 points.

Jenny Caras topped the Open Intermediate-A division with her Fernhill Fortitude. They cruised to 9.6 time penalties for a three-phase score of 38.2. Waylon Roberts piloted Michelle and John Koppin’s Lancaster to a clean sweep of the B division. Their dressage score of 24.1 was the best in all Intermediate divisions.

Carla Abramcheck’s Quality Time (shown) came out swinging at her first show of the season, cruising around the Intermediate at Pine Top for the win. Marley and LVS Dassett Charisma also won the Intermediate after getting their best dressage score to date. Laurie Volk’s Looks Quality had her best XC run yet in the Intermediate, adding just one rail and some time to her score. The young mares are up next in the training.

Husband and wife duo Tim and Marley Stone Bourke both had blue ribbons to pack in their trailer. Tim won the Open Intermediate C with Carla Abramcheck’s Quality Time after moving up from eighth place. Marley topped the Intermediate Rider division with her own LVS Dassett Charisma.

Flynn made easy work of the first event of the year finishing 2nd in his intermediate division. Another awesome photo by @chris2q #getaway owned by @centerlinefarm @185pilot @walleventing #eventing #xc #crosscountry #pinetop

Doug Payne was nothing short of consistent this weekend, finishing second in all three Open Intermediate divisions with his own Starr Witness, Lisa Wall’s Getaway and his Quantum Leap.