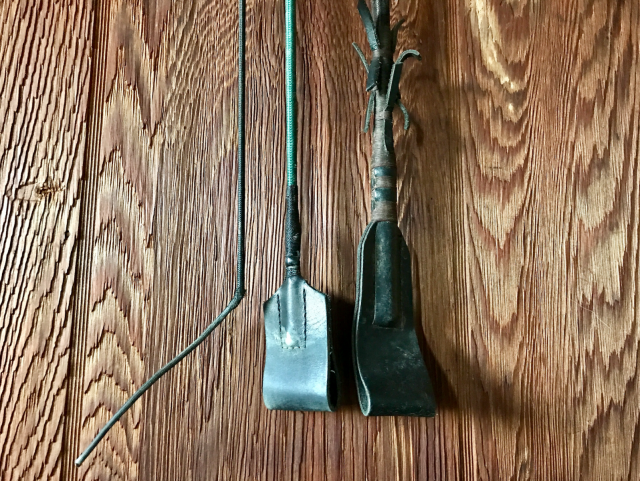 Event Horse would like to talk to all his fellow event horses out there in Event Land about pokey things, thwapper sticks, stinger sticks, and snappy poles. Roughly translated, that means spurs, crops, dressage whips and lunge whips.

Event Horse says, “of all the things, the snappy poles are the least scary and the next least scary is pokey things. Because of my excellent disposition, I don’t much care about the snappy poles. They are attached to human’s arms, and I just can’t see them very well with only one eye (while I am being lunged). So I tend not to pay much attention.”

“Pokey things are not too bad. I rarely need to feel the whole end of the pokey thing in my ribs, anyhow. I have found if I jump forward when she just touches it to my side, she takes it away and gives me a wither scratch, so I don’t fear those too much,” he says.

Event Horse feels thwappers (crops) and stingers (dressage whips) are not very nice. He dislikes the noise of the crop on his side or flank. I don’t need that! he says. And his least favorite is the dressage whip, which he calls a stinger stick.

“These remind me of when my mother stirred up a nest of hornets and I got stung as a foal, ” Event Horse explains. “I dislike the stinger stick immensely. I always tried to look at it while Mommy rode with it until I trusted her and got used to her holding it without hitting me. It’s still not my favorite, ” he said.

He feels Event Horses like him should not have to deal with dressage whips. He reminded Mommy that he dislikes them by kicking at it while being ridden. It reminded her to be careful how she holds it, and maybe get a shorter one that won’t tickle his side. (Noted by Mommy.)

Mommy says two taps maximum on all things. If the pokey things don’t work, then I get the thwapper twice. If I still don’t want to go, she looks at it and makes sure it’s not too big or too deep for me, because I will go most of the time over anything. That’s her rule.

“I have to try, or tell her ‘no’ politely — and if I get two taps and don’t go, then she knows it’s too big. I am very strong Event Horse and can jump most anything, so when I say, ‘no, too big’ it is bigger than Kentucky and I can’t do it and make sure she stays up there where she belongs. Mommy knows this. So she keeps her thwapper with her but doesn’t use it much. I don’t need it!” says Event Horse.

“I asked her why she carries the thwapper every ride. She says a long time ago an instructor named Jack told her, ‘Do not go to war without a gun.’ So she always carries it,” he says. Event Horse would like other event horses to know that is probably why all their riders carry them when they ride, too. He says not to worry, if you are big strong event horse and jump all the things, your Mommy won’t ever touch you with the thwapper, and that’s a good thing. 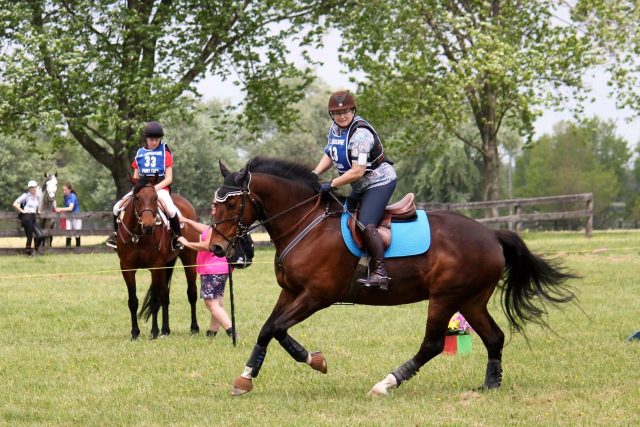