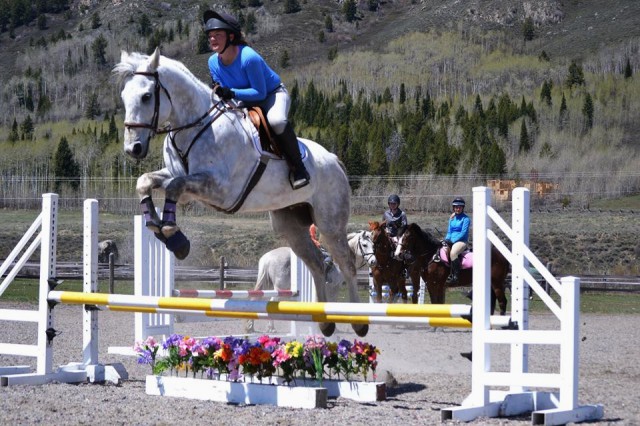 As I’m writing this it is Augusts of 2016. I have failed to compete in an event since June of last year where I made, or should I say attempted, my Training Level debut. Let’s put it lightly: I crashed and burned (literally right through an oxer). Thus bringing my eventing season to a screeching halt when I had to retire my sweet mare, and it hasn’t picked back up. Now it’s not that the right horse hasn’t come along, I have found two lovely greenies that keep me busy. It’s the battle of getting back into it.

A few months after the retirement of my super mare a 17-hand beast of a horse came walking, or should I say creeping, into my life. My sweet boy Street, affectionately called “Monkey,” had a rough past before I got him. Being trained on the track he was then sent to be a cutter/chariot racer. He had an accident in the start gates and was deemed dangerous and no one wanted him. Except for me. I was looking for a challenge, and let me tell you, I got one. The first month of his training was simply me trying to get him to trust me. I would spend afternoons just sitting in his pasture as he stood on the other side just staring at me. He was tall and scrawny and his head was two sizes too big for the rest of his body. I had people tell me he was the ugliest horse they had ever seen. But I didn’t care. I was not about to give up on this horse.

After the first time I sat on him I knew exactly why I loved him. The horse had a big, flowing stride. He also had enough anxiety about being asked to work that he just wanted to run. But that is all he had done in his five years of life. This began the epic love affair that has been going on for the past 11 months. We have had a series of ups and down that has included porcupine quills, cracked feet, getting severely jumped out of the tack (every time), killer dressage warm-ups, nervous dressage tests, many tears, and even more smiles. 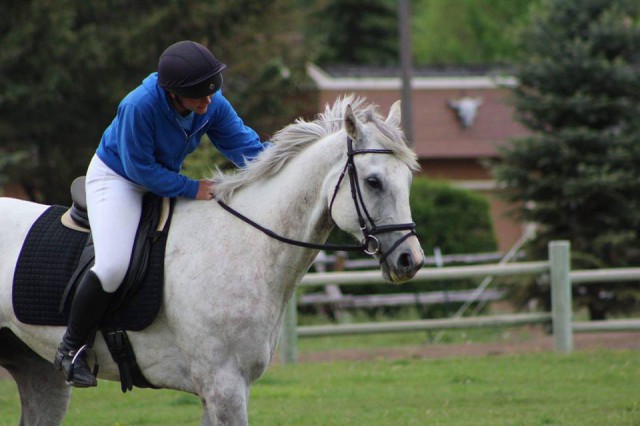 Now I am no stranger to victory in the horse world. I had a wonderful mare who took me around several novice courses to top placings (and then sent me crashing through the above mentioned oxer last summer). But this year I have become very familiar with the small victories too. Like the Beginner Novice dressage test that scored a 49 at our first combined test, which I had to scratch from the jumping phase because Street got too nervous. Or the evening walks where he is relaxed and really seems to enjoy his life.

There are less than 10 days until Street and I make our eventing debut at a one day that is being held at our barn, Flying W Stables in Wilson, Wyoming. With this date approaching it has caused me to really think about how far we have come. There have been days I have hopelessly cried after rides, and then there have been days where I have seen FEI debuts in our future. There were dressage rides where I couldn’t get him to trot, and jump schools where it took me three minutes to stop him. I have had a handful of people tell me to give up on this horse in the short amount of time I have had him, but I will not. Street is most easily described as my ‘heart horse.’ Something about him just makes me feel whole. He has got me through some rough patches. He is no one’s definition of a ‘dream horse,’ but he is mine. He has had many people give up on him, but I will not be one of them.

So, my horsey friends, my advice to you is this. We can’t all be stars. Not all of us can be NAJYRC champions. Not all of us are in Rio right now making our game plan for cross country. But that doesn’t mean we aren’t all diamonds in the rough. Don’t ever give up on your dreams and surround yourself with the people, or horses, that will support you and help you get there. The classic saying all us eventers hear of ‘it takes a village’ is 100% accurate. Some days you need a few encouraging words to keep going because this sport is hard, but it is so worth it. With the idea of competition right at my fingertips after all these months I cannot contain my encouragement to just keep working. It might take two weeks, it might two months, it might take a year but it will be worth it. So, in closing, I will share some advice from the legendary Wanda Webb, “just sit up and kick!”

Jhett Jenkins is a 15-year-old Area IX eventer who rides with the Flying W Stables out of Wilson, Wyoming.