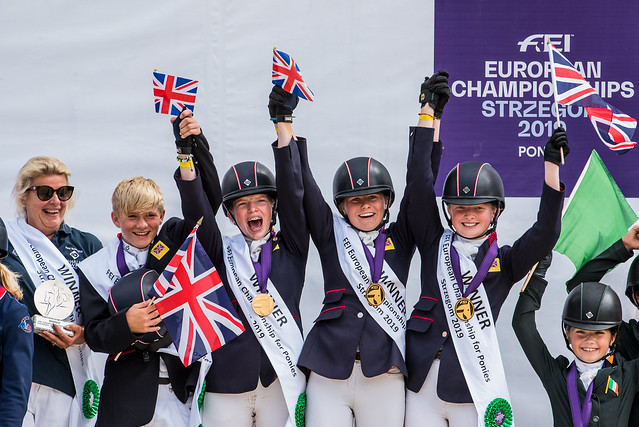 With that in mind, let’s give all these young riders and their superponies a standing ovation. What incredible athletes they all are.

The FEI European Championships for Ponies have concluded at Strzegom in Poland, and what an exciting week it has been with big shifts in the leaderboard throughout all three eventing phases. (Re-watch the live stream of each phase here.) 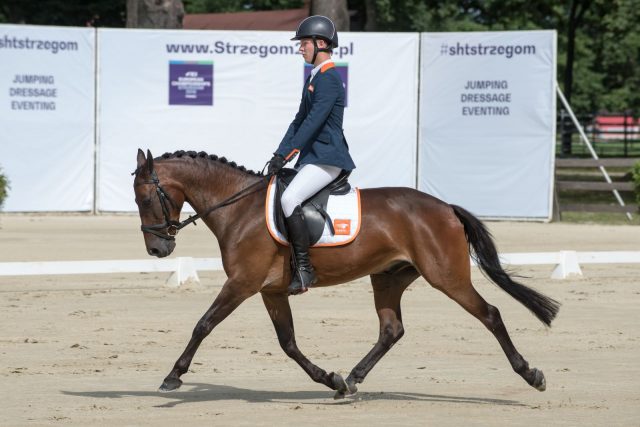 Daniel Haver (NED) and Zeb were 5th after dressage. Photo by Leszek Wójcik.

Eventing dressage, which took place Friday, was won by 15-year-old Sophia Rössel of Germany with Camillo WE, a 10-year-old Oldenburg gelding, on a score of 25.4. Of the seven teams competing, Great Britain took the early lead, with France in second and Germany in third. 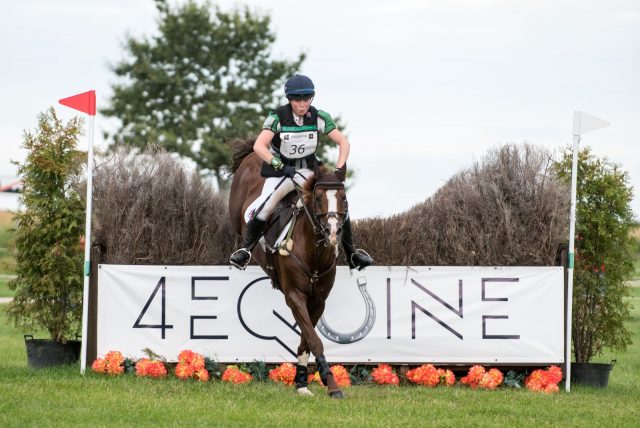 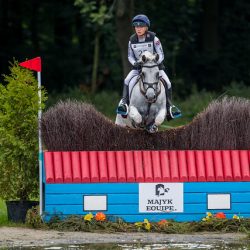 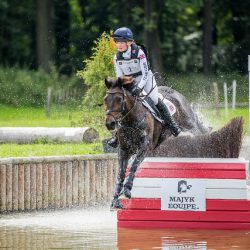 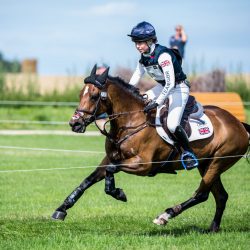 And then it was on to cross country, a test of 24 fences and 33 efforts over a distance of 2,990 meters. It was an influential day, handsomely rewarding the seven double-clear rounds out of 42 cross country starters. Great Britain’s Daisy Bathe, age 16, collected just two time penalties to move from third after dressage into first with SF Detroit, a 10-year-old Holsteiner stallion. Lisa Gualtieri (FRA) with O Ma Doue Kersidal posted a clear round with no time to sit second, and Camilla Luciani (ITA) moved into third with Camelot Damgaard. Dressage leader Sophia Rössel dropped to fifth. In team rankings, Great Britain retained the lead with France in second, but Ireland overtook Germany for the bronze medal spot. 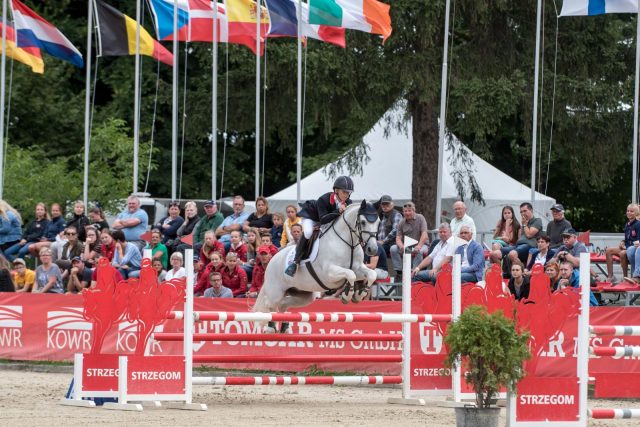 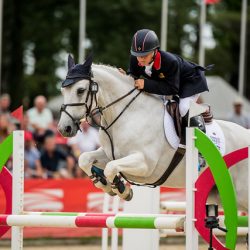 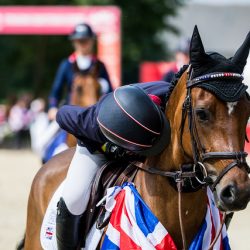 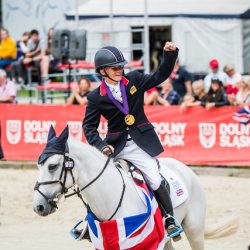 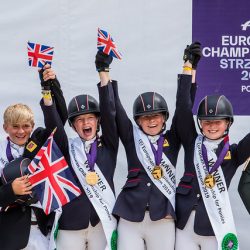 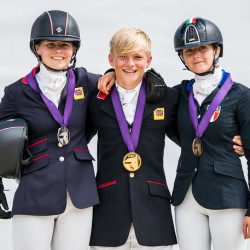 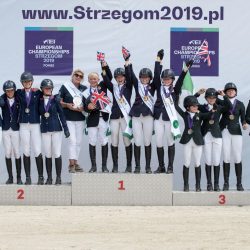 Defending champion Team Great Britain once again stood on the highest step on the podium today, twice: individually and as a team. The silver medal went to France, and bronze to Ireland. Photo by Leszek Wójcik.

The leaderboard was rearranged once again after today’s show jumping finale. Cross country leader Daisy Bathe had an unlucky round, pulling two rails to finished the championships in 7th. British teammates Finn Healy with Midnight Dancer, Ibble Watson with Bookhamlodge Pennylane, and Freya Partridge with Master Macky had better fortune, moving into 1st, 2nd and 4th places respectively. Collectively, the four riders’ combined score saw them to the top step of the medal podium.

Finn Healy, age 15, earned individual gold as well with his 9-year-old Connemara gelding on a final score of 31.7. The pair was 10th after dressage but jumped their way up the standings thanks to a clear round inside the time on cross country course and only one point for time in show jumping.

“It was a testing cross country track, very technical, it required some reactive riding, we all did that and got ourselves in the position to win,” Finn said. “It didn’t really sink in yet. It’s a dream come true!”

Silver went to his teammate Ibble Watson, and bronze to Camilla Luciani (ITA) with Camelot Damgaard. 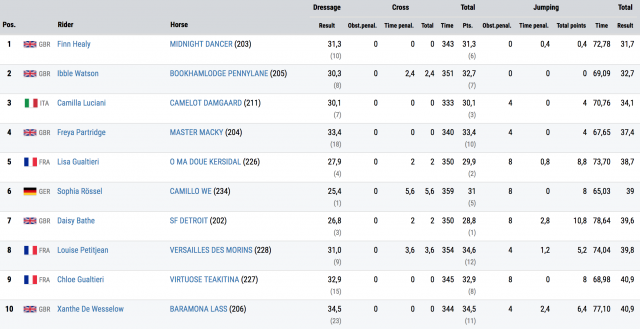