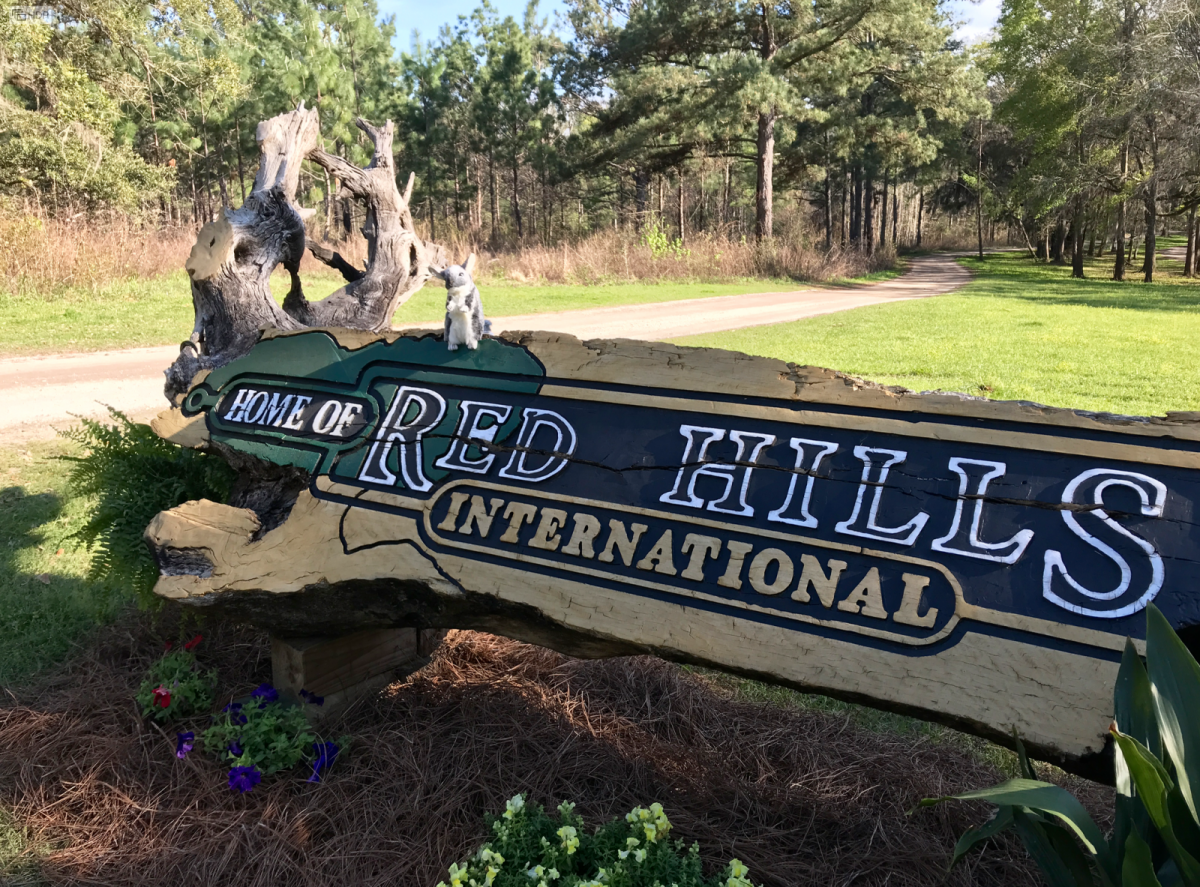 Greetings from Tallahassee, a city with many attributes: state capitol, home to Florida State University, birthplace of rapper T. Pain, and also the band Creed was formed here, whoa.

As you can already tell, Jenni, who has historically covered Red Hills, has the weekend off, so you’re stuck with this girl! Personally, I’m happy to be here — I haven’t been to Red Hills in a solid eight or so years ago, back when cross country was held on a completely separate piece of property you kind of had to hack to. All I really remember is coming off course feeling like I’d had the raddest ride ever, full-speed ahead through some sort of cross country pinball chute, despite the fact that I got lost no fewer than twice and racked up a million time faults.

The venue is gorgeous — all live oaks and pine with sunlight streaming down through the Spanish moss that hangs like party streamers from the trees. The event organizers pull out all the stops to put on a good show for competitors and spectators alike, and I can’t wait to watch the action unfold. 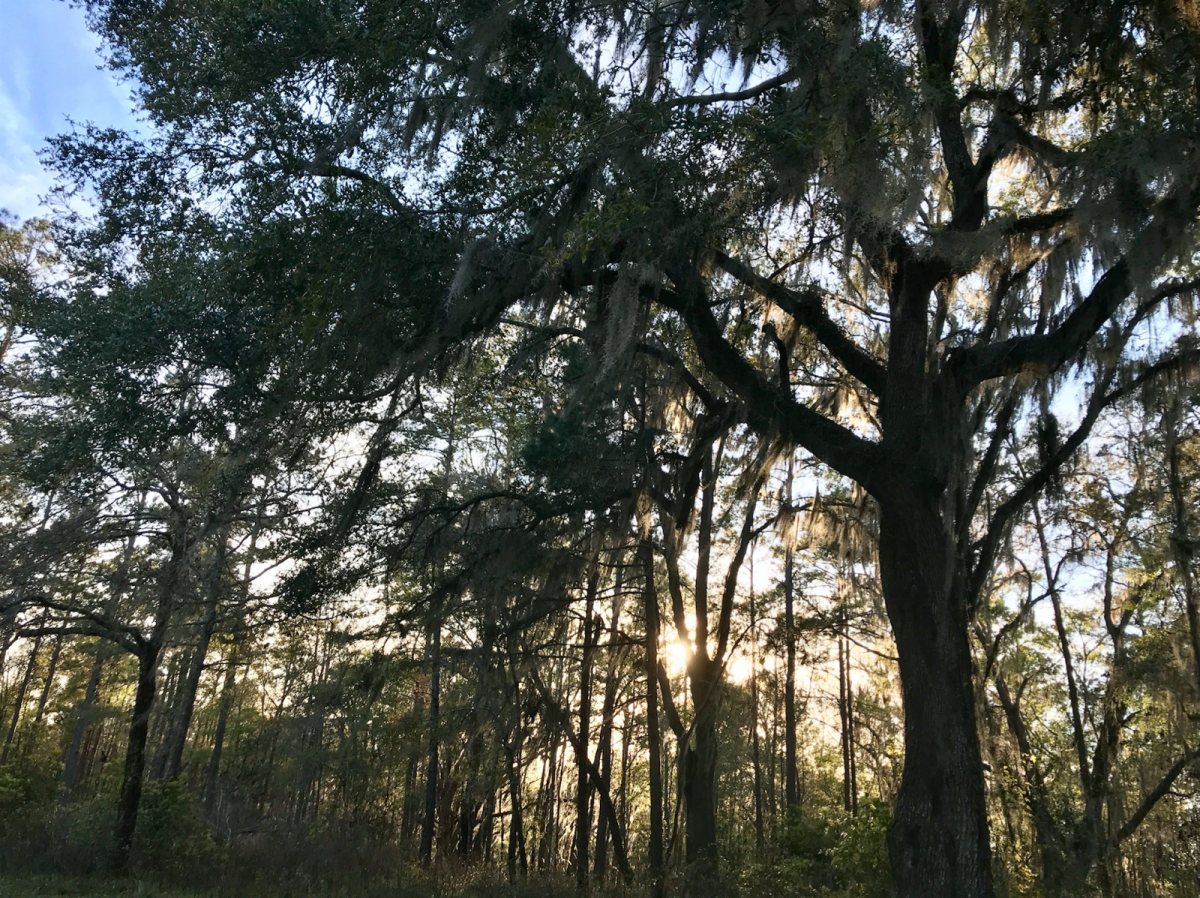 The weather on Thursday was sunny and slightly crisp, with temperatures to rise into the 70s over the next few days. Looks like zero percent chance of rain through Saturday then thunderstorms on Sunday, but what do meteorologists know, fingers crossed for sunshine from start to finish. 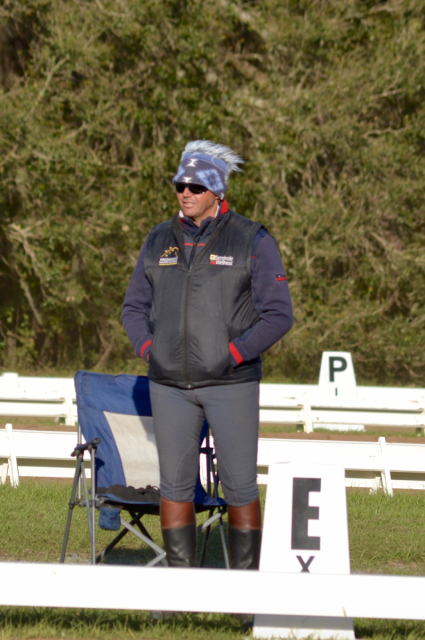 I tooled around the show ground yesterday, snapping photos of folks settling in for the weekend ahead and practicing their tricks. 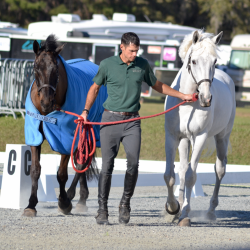 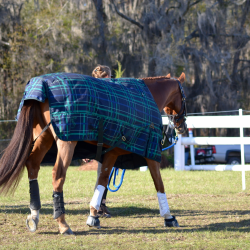 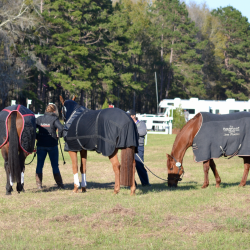 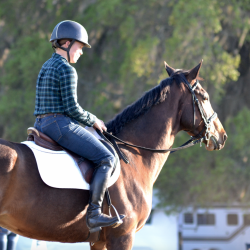 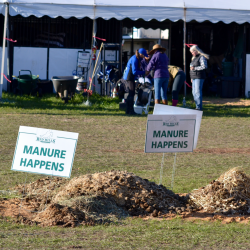 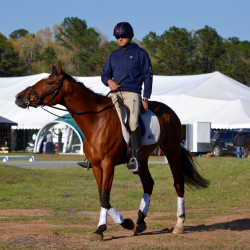 Oh my god, you guys, I have a new girl crush: CS Carrera, a flash little mare ridden by Julie Richards and owned by Sher Schwartz, who is competing in Open Prelim. Despite being just a shade over 15 hands Carrera was OWNING that warmup ring — they call her the “Little Princess” and it’s easy to see why! Move outta the way, boys, royalty coming through! 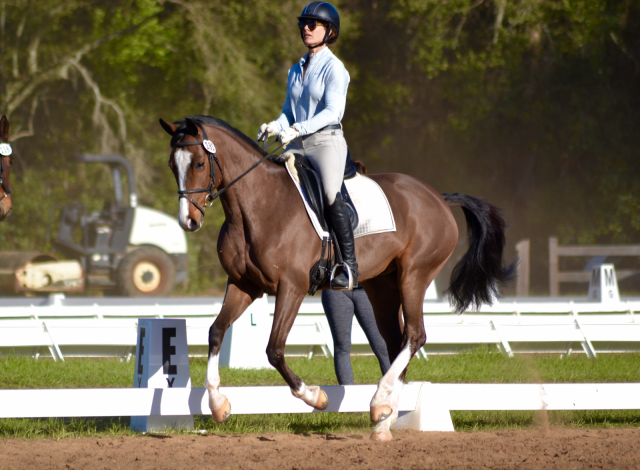 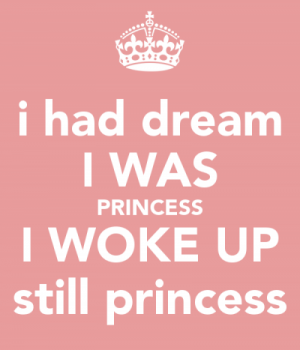 She’s by Contendro 1 out of Beaulieu’s Cayenne, also owned by Sher, whom Julie competed through the CCI3* level. Cayenne and Carerra were tight-knit and even ventured out to events together when Carerra was just learning the ropes (there’s a sweet photo of them at the AECs together in 2014 here). When Cayenne later died in a pasture accident, I’m sure both the mare and her humans were heartbroken. So it’s extra special to see Carerra out following in her mum’s hoofprints and doing really well for herself, always finishing at the top of the scoreboard mix. She deserves to win everything all of the time, IMO.

Plus, the pair more than reminds me of Julie and another totally rotten little stinker, her brilliant late 2004 Olympic mount Jacob Two Two. Julie, for all her mile-long legs, does love those cheeky ponies!

On a related cute note: 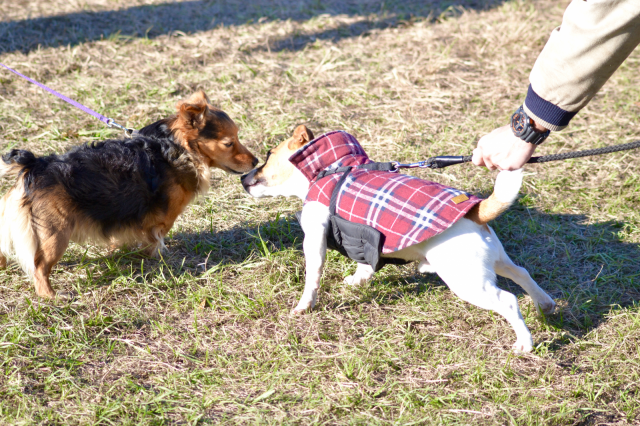 Th cross country course is all dolled up and ready for walking, replete with wildlife. We’ll be along shortly with a full course preview — you can check out our preview of the preview, so to speak, here. 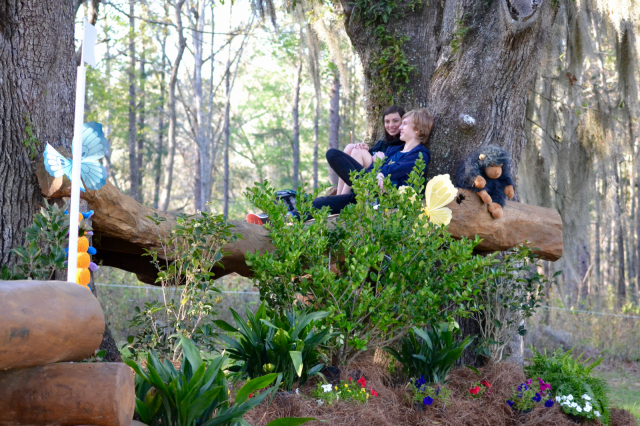 A new addition to this year’s course: live humans as course decoration. Photo by Leslie Wylie. 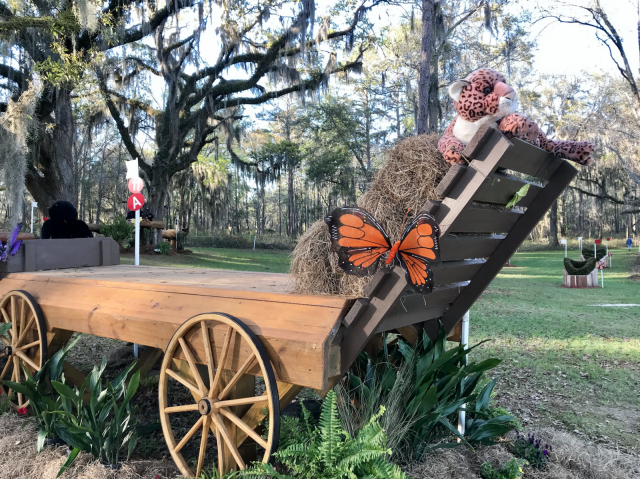 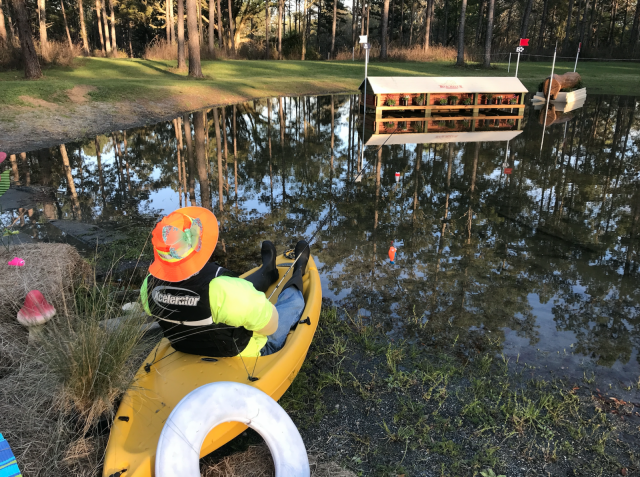 “Excuse me, sir, do you have a license to be fishing here?” Photo by Leslie Wylie. 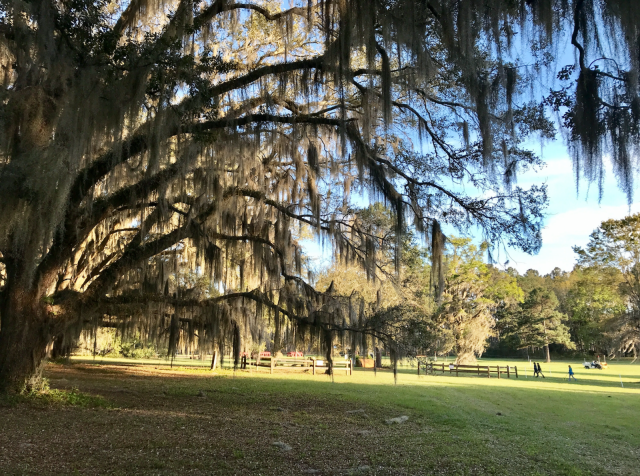 Dressage takes place for all divisions today beginning at 8 a.m. Keep it here for all the latest!