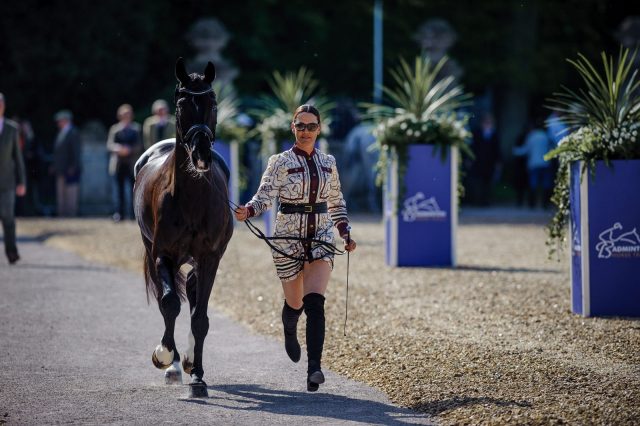 Tamie Smith and Mai Baum bring the California sunshine to the first horse inspection at Badminton. Photo by Tilly Berendt.

Some days, it truly does feel like the eventing gods are smiling on us: the sun comes out, sultry and sizzling; the crowds show up en masse with picnics and Pimms and all the goodwill in the world; 83 – 83! – of the world’s best horses take their first official steps through the sport’s most iconic archway to begin their week at perhaps its best-loved event, back after three long, faintly empty years. And then, of course, sometimes it feels a little bit like the eventing gods are just here to mess with us, when one of those horses – a former winner and a firm fan favourite in her final season – is sent to the holding box.

We got plenty of column A and, alas, a bit of column B in this afternoon’s first horse inspection at Badminton Horse Trials. There’s an almost indescribable air of joie de vivre about the place, and it’s making us all go a bit giddy with glee as we potter about the grounds of the estate for the first time in so long. And though an 85-horse trot-up might sound a little bit long and just a touch tedious, it was hard not to have a delightful time soaking up all these jolly good vibes in front of the house. But scattered amongst those 85 presentations was just enough drama to keep us all focused on the task at hand. 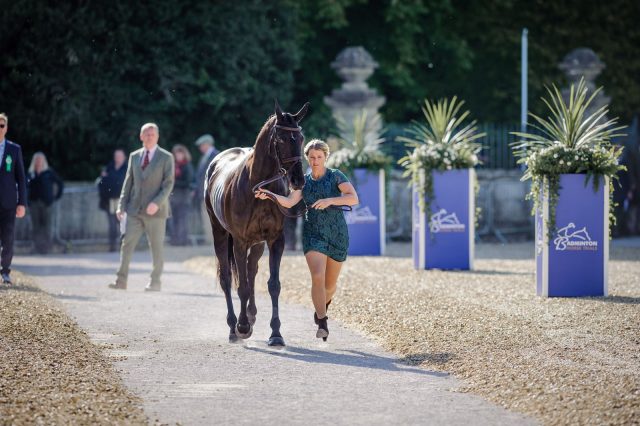 Though the ground jury, which is helmed by President Christian Landolt (SUI) and filled by members Anne-Marie Taylor (GBR) and Seppo Laine (FIN), made a quick call to pass the majority of the field, two horses were sent to the holding box through the course of the afternoon’s proceedings. Though both were subsequently passed upon reinspection, there was plenty of tension as New Zealand’s Jonelle Price was sent to the holding box with the nineteen-year-old Classic Moet, who won here in 2018. Also held was France’s Ugo Provasi and his Shadd’OC, who was a late addition from the waitlist last week. The entry list was also diminished by one before it even began after Tina Cook opted to withdraw Billy The Red today. 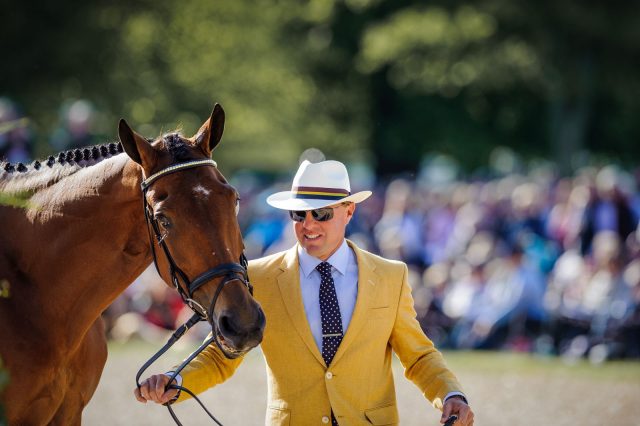 But all’s well that ends well, and all of our entrants will go forth and aim to conquer this week’s competition, which kicks off in earnest tomorrow with the first day of dressage. Of course, a trot-up report is nothing without mention of the fashion (and yes, we’ll have a style awards round-up coming out later this evening): Canada’s Karl Slezak, who competes with Fernhill Wishes, won the Best Dressed Gentleman prize, while Laura Collett, who comes forward with her Pau winner and Tokyo mount London 52, took Best Dressed Female. 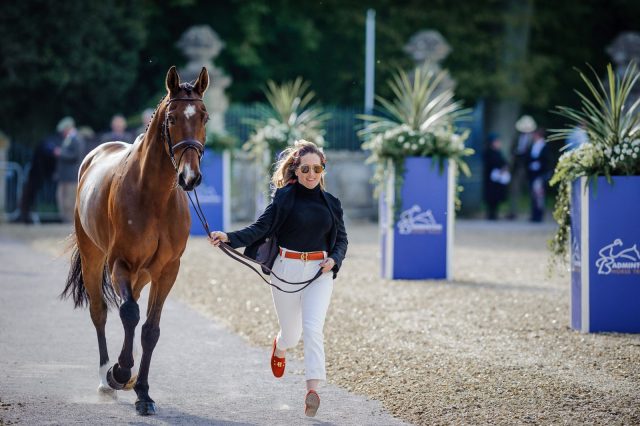 Stay tuned for plenty more from today’s proceedings, including our Golden Chinch Awards and a packed gallery of photos. Dressage will commence tomorrow morning from 9.30 a.m. BST/4.30 a.m. EST, with a number of our US competitors taking to the arena in the first day of competition. You can check out the times in full here, and for those of you following along from North America, you’ll be able to tune in to root for the home side at the following times:

We’ll also see a number of notable competitors who could well deliver dressage-leading scores in tomorrow’s line-up. Be sure not to miss some of the highlights, including:

All live-streaming this year is hosted on BadmintonTV, which costs £19.95 for the year and will provide you with a wealth of content far beyond just this week’s competition: you can rewatch highlights programmes from previous years, behind-the-scenes features, a course walk with Andrew Nicholson, and plenty more besides in its archive.