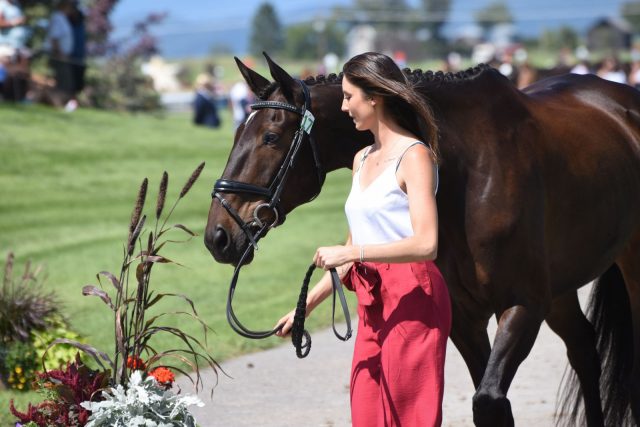 Ready, set, go eventing at Rebecca Farm! We’re officially off to the races at The Event at Rebecca Farm, which is hosting both FEI divisions as well as the Adequan North American Youth Championships.

All 61 NAYC horses were accepted today, though two were held. Both Rain Dancer, who is Sofie Harangozo’s ride in the CCIJ2*-L, and Tom Riddle, Tosca Holmes-Smith’s CCIY3*-S mount, received the Ground Jury’s nod of approval on their second presentation. Now we’ve got 8 CCIJ2*-L teams (all ten USEA Areas and two Canadian teams) as well as 13 pairs forming scramble teams in the CCIY3*-S.

Four horses were held, and subsequently accepted, in the other International divisions. Those held included Rebecca Hoos’ Little Cruz in the CCI4*-L, Bec Braitling’s Laguna Seca in the CCI2*-L, Mia Sheldon’s Strawberry in the CCI2*-L, and Madeleine Scott’s Crosby’s Gold in the CCI4*-S.

We’ve got a lot of competition coverage to come, but first let’s see how the NAYC teams were outfitted.

Area III and and the British Columbia/Ontario teams were all about the stripes: 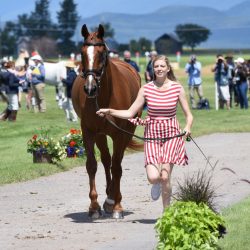 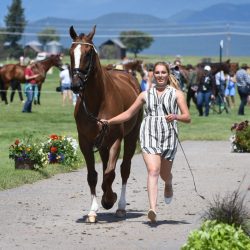 Area VIII took color coordination to the next level with a grey only squad: 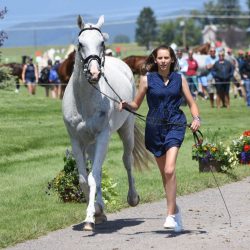 Tate Northrop and Fine With Me for Area VIII. Photo by Shelby Allen. 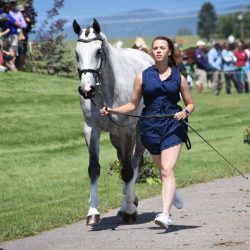 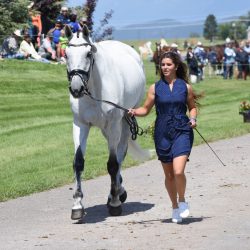 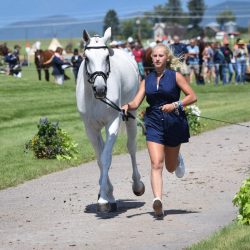 Area II had a sophisticated look, finished with a #Ride4Ashley ribbon in honor of their teammate, Ashely Stout, who passed away in a riding accident this summer: 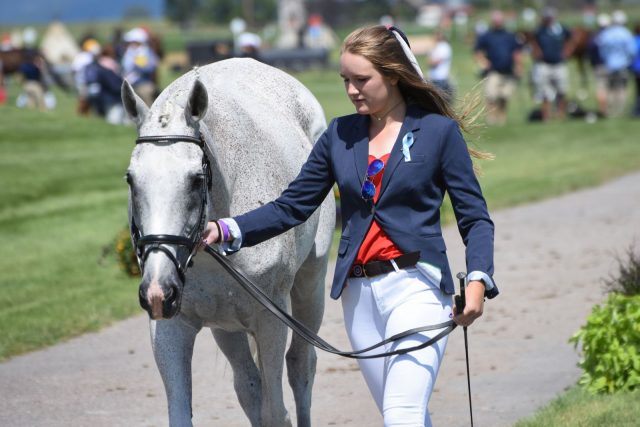 Classic navy was the color of choice for Area VI and IV: 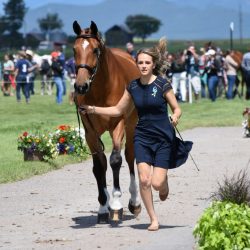 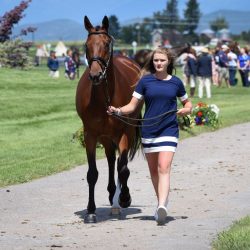 Caitlyn Ruud and Up To You De Lorage for Area IV. Photo by Shelby Allen. 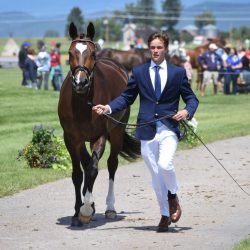 And just a few more looks we love: 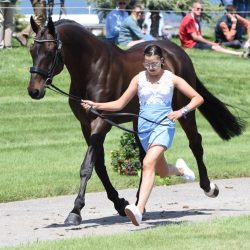 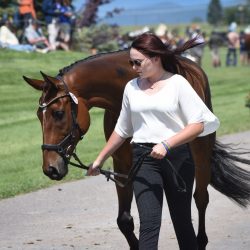 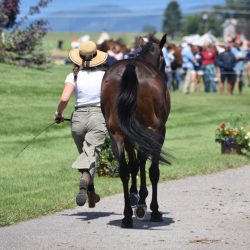 And an honorable mention for  Clare Howard’s Euro Star who turned the jog strip into a gallop lane. Nice quarter marks, tho! 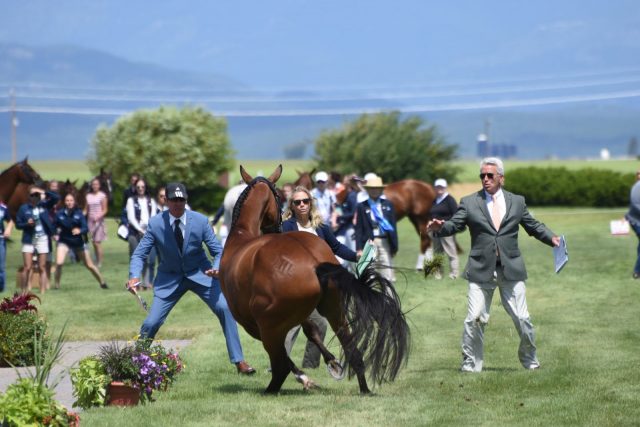 The Ground Jury can’t give you bad marks in the dressage if you trample them, I suppose. Photo by Shelby Allen.