Tension bubbles under the surface at Andrew Palmer’s facility in Eufaula, Alabama, as worried owners keep a watchful eye on their horses. Last month, Royal Palm Farm discovered that its feed had potentially been affected by the recent ADM Alliance Nutrition contamination controversy, and their worst fears were confirmed when feed samples sent to Auburn University came back showing signs of monensin.

Since then, the 32 horses affected have been closely monitored and undergone further testing to determine their risk level from the exposure to monensin. 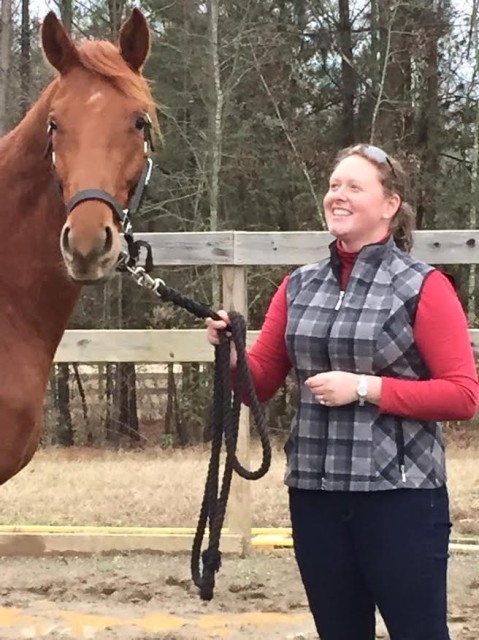 Kathryn and Baratheon in December 2014. Photo by Tiffany Palmer.

Baratheon, or Linx as he is known at home, a coming 3-year-old Trakehner stallion prospect, is one of the horses on a holding pattern. Owner Katheryn Krische purchased Baratheon’s dam in foal, not expecting to have a stallion prospect at the end of the day. “He was literally born in my arms,” Kathryn said. “I didn’t really have any intention of having a stallion at that point, but halfway out I knew he was a colt, and he was just so special.”

Baratheon earned Premium Foal status — as well as 9s in general impression, conformation and movement — at the 2012 American Trakehner Association inspection and was ranked ninth for Current Year Colts in Dressage Sporthorse Breeding.

Kathryn did not have the facilities to support raising a young colt, so she contacted Andrew to find out if she could Baratheon to Alabama to grow up.

“I knew it would be a great situation for him,” Kathryn said. “I’m just so pleased with how Andrew and Tiffany take care of him. I know Andrew is very conscientious, and Linx has a tendency to hurt himself, so we have a running joke that Andrew only calls me when something is wrong.” 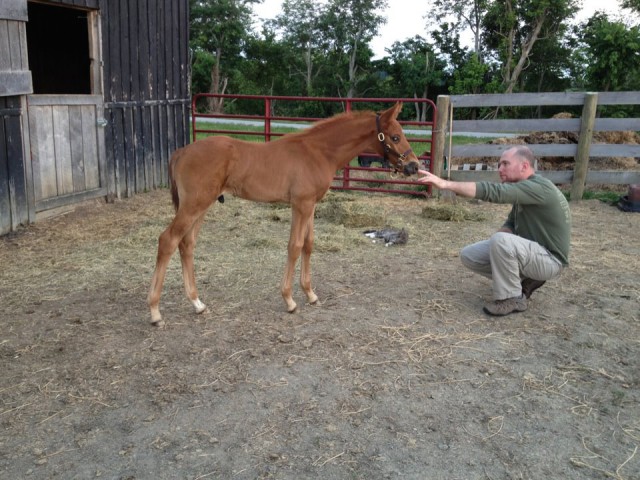 Lynx at one month old with Kathryn’s husband, Tom.

When Kathryn received a phone call from Andrew earlier this month, she was in shock to hear that the ADM controversy had reached Royal Palm Farm. “I’d read about the contamination … I just never thought it would happen to me,” she said.

Kathryn did her best to quell her initial fears that her horse would be rendered a pasture ornament — or worse — due to the effects of monensin. She took comfort in the efforts of Andrew and the team of researchers and veterinarians assisting her with the blood samples and testing.

Baratheon successfully underwent an echocardiogram after his second blood sample sent to UC Davis came back with his troponin levels at .13, and continues to undergo monitoring with the hope that he will make a full recovery. He’ll continue to undergo weekly tests to ensure his health is progressing.

Now, Kathryn is thankful for her time spent on the internet finding out more information about the ADM controversy.

“I’m just upset — they need to step up and acknowledge responsibility. The troponin tests, the cardio tests — none of that is cheap. The echocardiogram doubled my budget on that one horse for the month. It would just feel a lot better if they’d take responsibility. At this point, it’s just a question of whether or not he’s been robbed of his future,” she said. 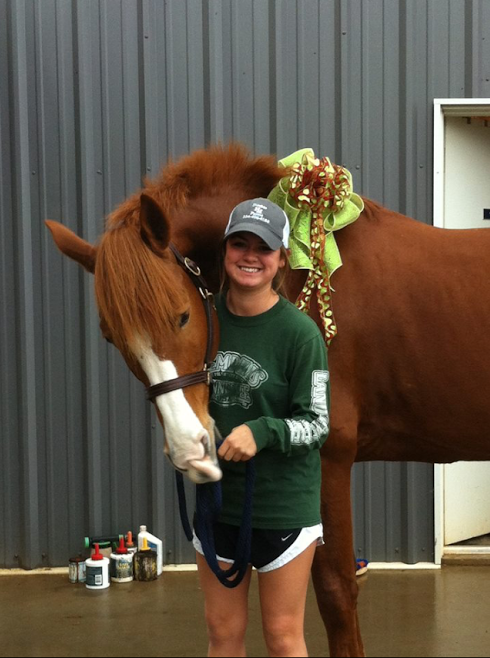 “I was hoping to do Young Riders before I turn 21, since I missed the 18 deadline,” Nancy Katheryne, 19, said. “We were planning to do a one-star this spring in preparation, but now we aren’t able to do a whole lot.”

Cardinali was another affected by the ADM contamination, causing his early spring plans to be put on hold. Although the troponin levels in the first test for Cardinali came back normal, the second test revealed slightly elevated levels.

“There is so little research on the short term effects (of monensin), so we really had no idea how this would affect him,” Nancy Katheryne said. “We’ve done echocardiograms and stress tests, and those are coming back good right now. But the results could change in a month, and that’s the scary part — we just don’t know what’s going to happen.”

While advising veterinarians told Nancy Katheryne that Cardinali was fit enough to complete a full event at Training level, she withdrew him from the Preliminary division at Rocking Horse last weekend, electing instead to run a combined test to save him from the exertion of running cross country. Cardinali will continue to undergo tests to determine whether he can return to running cross country.

“It’s just terrifying. You hear about these things happening, but you never think it’ll happen to you,” Nancy Katheryne said. “Even when we sent our feed off to be tested, I think we were still in denial. These horses have done absolutely nothing wrong and are suffering from it. It’s so hard to see them just sitting and not able to do much, if any, work. It’s hard to not have answers.“

Click here to catch up on all of EN’s coverage of the ADM monensin controversy.