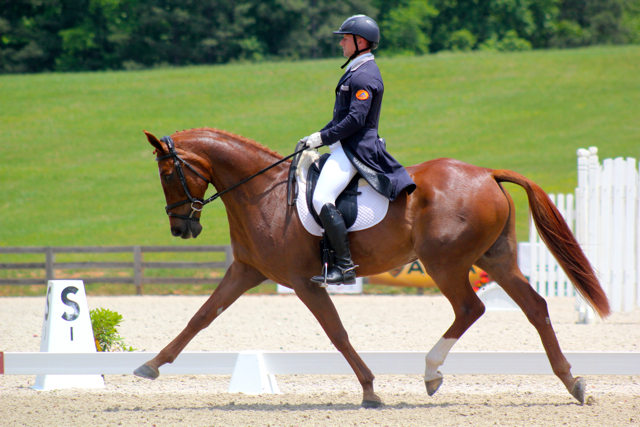 Ballingowan Pizzazz is back – Michael Pollard did the test ride on Mango! 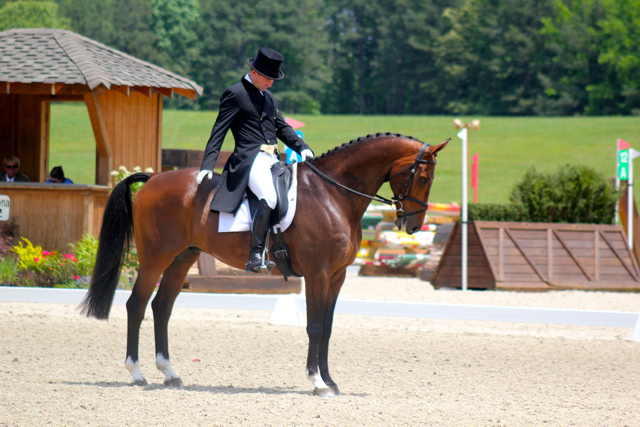 Phillip Dutton currently leads the CIC*** on Team Rebecca’s Ben who went first in the division an performed an accurate, smooth test with just one bobble in the canter. Score 45.6. 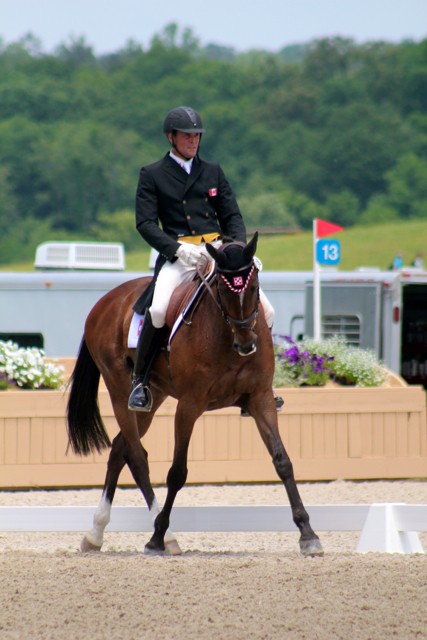 Likewise a lovely test from Kyle Carter and Madison Park, 2nd at the break on 53.9 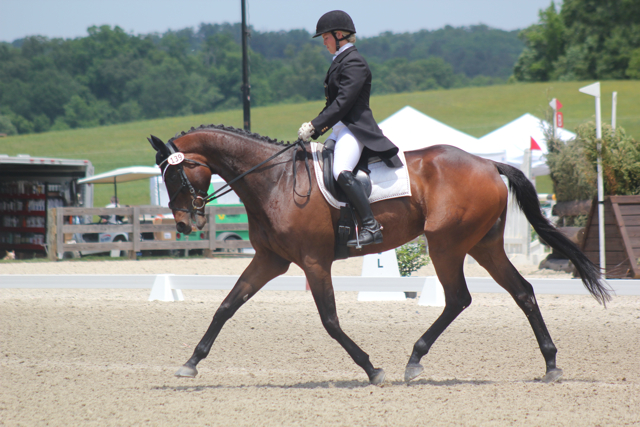 Ellen Doughty’s Sir Oberon are tied for third with Jacob Fletcher and The Prof on 56. 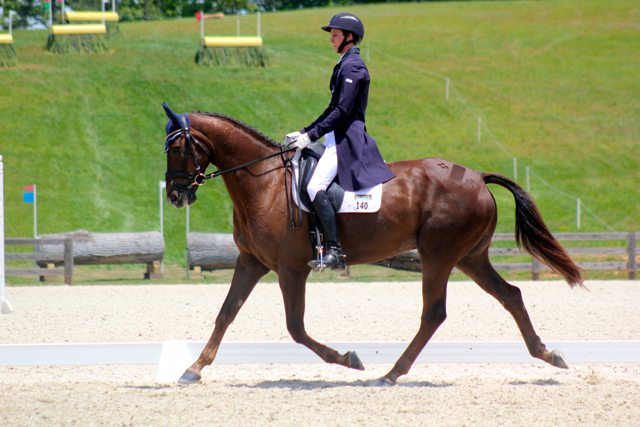 Jacob told me he’s really looking forward to the cross country which reminds him a bit of Badminton, especially the Vicarage Vee type fence, and that going through the arena will be good practice for Bromont – Good luck! 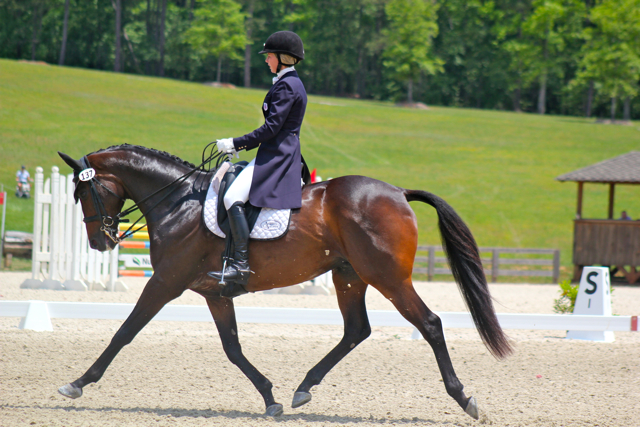 Spare a thought for Rowdie Adams whose No Money Down was going really nicely until about halfway when it spat out the proverbial dummy and refused to play anymore, resulting in elimination for prolonged disobedience.  Quite a few horses today have not reacted well to the jumps around the arena, the flapping flags, and the VIP tent close by. 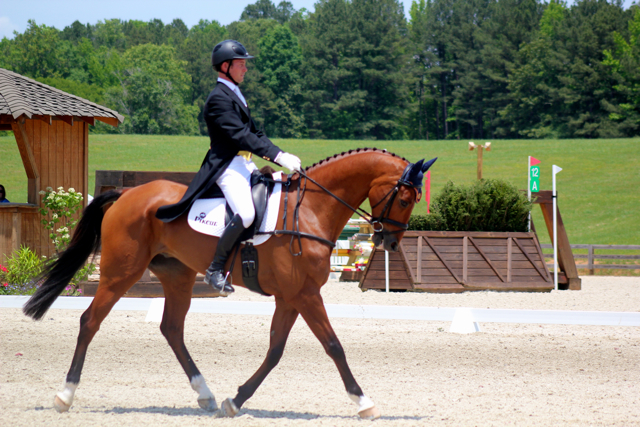 Jon Holling re-routed DHI Zatopek B here after a disappointing stop early on course at Jersey and managed to contain him pretty well. 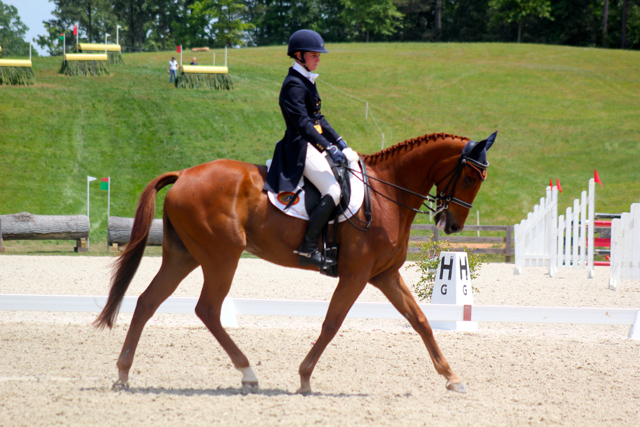 Erin Flynn Tamplin had an early error on course with Three’s a Ruckus. You can find all the scores [here]. CIC*** dressage continues, and then we move forward to show-jumping under the lights. Thanks for visiting Eventing Nation, and thank you to David O’Connor for babysitting Leo in the shade briefly while I took some photos! 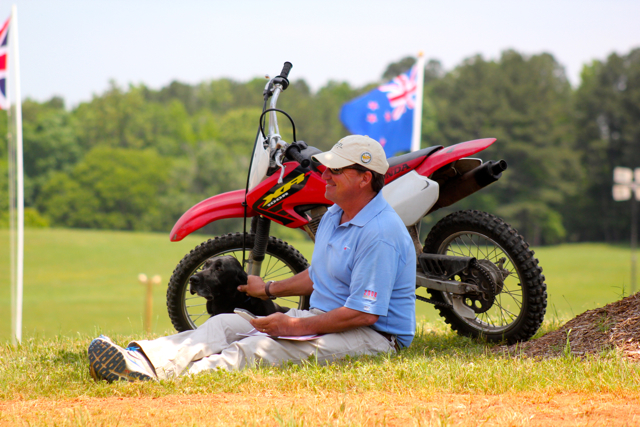