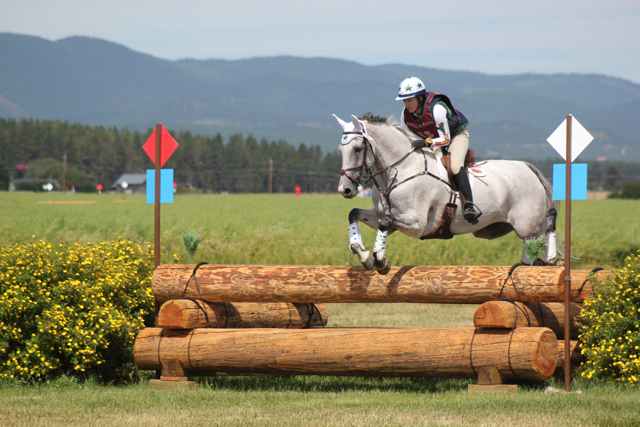 Former four-star event horse R-Star is gearing up to start a new show jumping career with Erin Serafini. The coming 15-year-old Holsteiner mare owned and formerly campaigned by Kristi Nunnink retired from eventing in 2014 after being diagnosed with an irregular heartbeat just days before she was slated to compete at Rolex.

Kristi had planned to compete “Rosie” in show jumping herself, but lingering problems with her back have prevented her from pursuing that goal. Having Erin compete the mare instead is a win-win situation for both of them, Kristi said.

“It’s a crime for Rosie not to be doing anything. She’s really been on a quiet back burner. I tried to ride her this summer, and my back was just too bad to keep riding. She’s been bored, so it will be great for her to have a job again.”

Erin is thrilled to get the ride on such a talented jumping mare and said she knows Rosie’s talent will help her improve her own performance in the show jumping ring.

“Show jumping is my weakest phase,” Erin explained. “I’ve done some show jumping with my mare, who is Rosie’s full sister, and I asked Kristi if I could borrow Rosie for the year to do jumpers. I feel so lucky that she and Randy said yes. I keep pinching myself.” 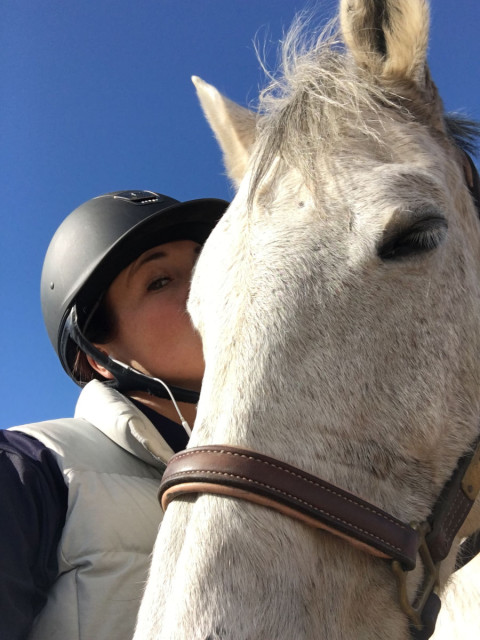 Erin and Rosie — she’s all settled in! Photo courtesy of Erin Serafini.

Erin moved Rosie to her base in Reno, Nevada, earlier this week and jumped her for the first time on Tuesday. “It’s like she hasn’t missed a beat,” Erin said. “She’s not fit right now, but even at almost 15 she trots around like a 4-year-old. She’s so sound and so expressive in everything she does.”

Rosie will make her jumper debut during the final three weeks of the HITS Thermal Desert Circuit in March, and then Erin will aim her at Mini Prix competitions with the goal of competing in a Grand Prix by the summer.

“Randy and I are excited to experience being owners and can’t wait to watch Rosie at the shows,” Kristi said. “We have a lot of ways to stay involved with the horses and the sport even with my back issues.”

Kristi’s doctors are currently considering operating on her back, and she believes the best case scenario is for her to compete in hunters with Be A Star, her 6-year-old Holsteiner mare that is currently in training with Julie Winkle. “My back just can’t handle cross country and jumping anymore,” Kristi said.

Teaching her students keeps her busy, and Kristi said she is also planning to harvest embryos from R-Star this summer. The mare was just days away from delivering a colt by Royaldik last year when she sadly lost the foal in utero. Kristi said they will play it safe and stick with embryo transfers from Rosie going forward.

We’re looking forward to following along with Rosie’s new show jumping career and wish Erin good luck. We’re also sending positive, pain-free thoughts to Kristi as she continues to battle through these back problems. Kick on (gently), Kristi!