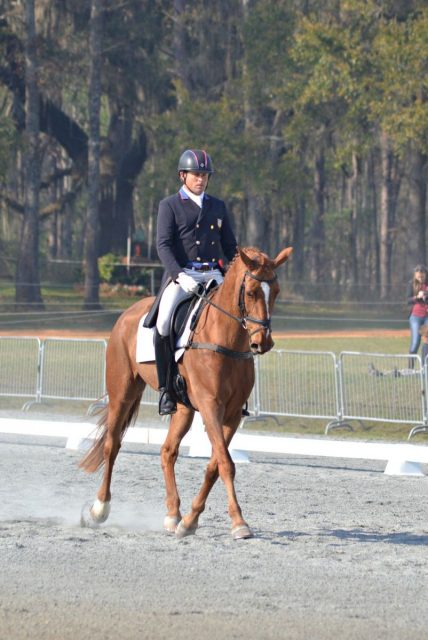 Boyd Martin and Kyra at the 2018 Red Hills H.T. Photo by Leslie Wylie.

Boyd Martin’s ride Kyra may be new to Advanced level eventing, but she is already a veteran EN headline maker.

The big redheaded mare first caught our attention way back in 2013, when she turned in a score of 16.4 in a division of Preliminary at Ocala Horse Trials with Michael Pollard (see “What Does a 16.4 in Dressage Look Like?”) Michael found Kyra, a now 11-year-old Canadian Warmblood (VDL Ulando H x Wellesley), in Canada as a young horse and produced her through the two-star level under the ownership of Christine Turner, winning CIC2*s at Poplar Place and Chattahoochee Hills in 2014.

In 2016 Boyd took over the ride, and their partnership was a match made in heaven. Kyra was always a hot mare, Christine said, and “Boyd was the only one who could tame her.” She recalled almost not recognizing the mare when she went to see her at Boyd’s farm — the once fire-breathing dragon was now purring like a kitten with Boyd in the tack. “It was a trust issue,” she said. “He’s such a good horse person.”

Over the past two years Christine has become a major owner for Boyd. In addition to Kyra, her 2018 Red Hills horses included Tsetserleg, who finished 10th in the Red Hills CIC3* and On Cue, who completed the CIC2*. Boyd said of Christine, “We really get along. She’s right up my alley, an awesome person and very supportive. I’m thrilled to be riding her horses.”

We’ve seen a lot of promise from Boyd and Kyra since. Last year’s top results included a 2nd in the CCI2* at Jersey Fresh and a 4th in the CIC2* at Maryland Horse Trials at Loch Moy, and they’ve also moonlighted in arena eventing at Central Park and Devon. They made the big move-up to Advanced at Pine Top two weeks ago, finishing 7th with clear jumping rounds and just a bit of cross country time.

Boyd then entered Kyra in the Advanced at Red Hills, hoping it would be a softer alternative to the CIC3*. “I was horrified when I walked the course and saw it was pretty much the same track and honestly thought it could be the end of me,” Boyd said with mock drama. “But to her credit, she ripped around and gave me a fantastic round. It’s only her second Advanced and I was trying to make it little bit easier for her by putting her in the Advanced and not the CIC … but she proved to me that she’s ready to do the CIC3*.” 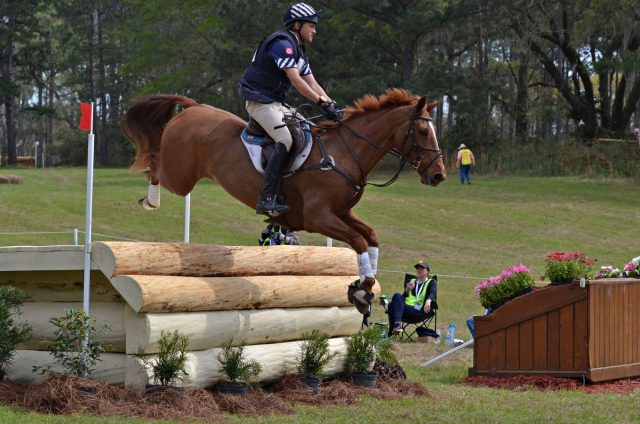 Mare has hops! Boyd Martin and Kyra at the 2018 Red Hills H.T. Photo by Leslie Wylie.

“She’s by far the most spectacular jumper I have in my barn,” Boyd reflected after cross country day. “She’s very careful and today was by far her biggest test. She’s very sharp, a great jumper, and almost a bit too careful … but today she really gave me a cracking round around the cross country.”

The pair scored a 35.4 in dressage to begin their weekend in 5th, collected 12.8 time faults on cross country (a notoriously difficult track to make time around) to move into 3rd, and then had one rail down, good enough to finish in 2nd place overall.

“She’s a bit of a surprise package,” Boyd says. “When I first got her she was really, really careful – almost too careful – and initially I wasn’t quite sure if she’d make an Advanced event horse just because she didn’t want to touch the brush. But she’s found a bit of braveness and we’re starting to build a partnership, and I’m thrilled. She ripped around the course. I think she could be a four-star horse, but I also think she could be very competitive at the short-format CICs.” 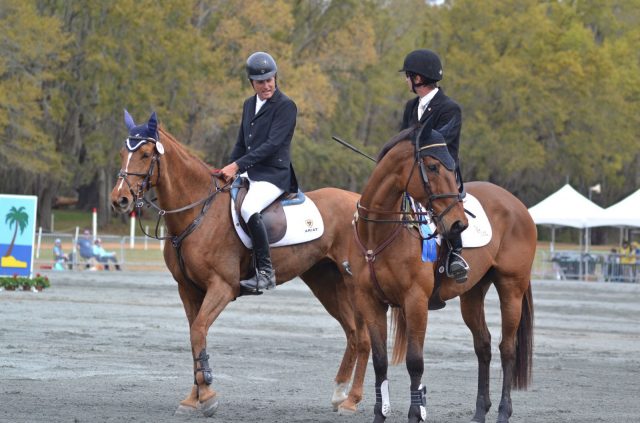 In addition to her eventing career, Kyra is a working mom. “She’s been a very feisty redheaded mare and obviously she’s got some jump, so Christine bred her to a French stallion, and we’ve got that 3-year-old,” Boyd said. “I said to Chris I’d love a little bit more blood in the horse, so we bred that 3-year-old to an American Thoroughbred. We’ll have Kyra’s grandbaby in June, and that should be hopefully a Thoroughbred-ier version of Kyra.”