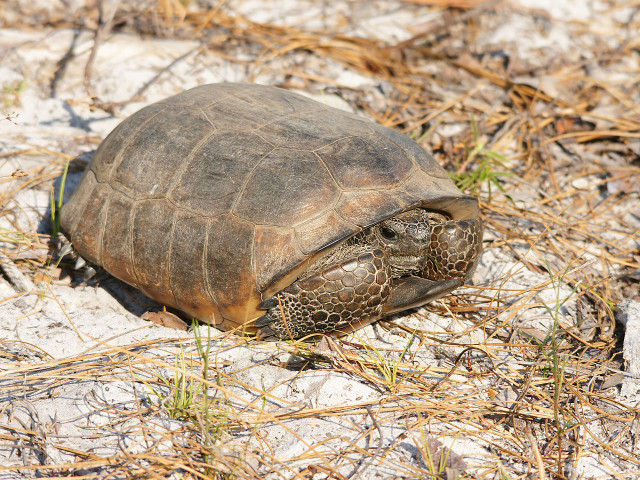 The endangered Gopher Tortoise is one of Red Hills' most popular inhabitants. Photo: Creative Commons License.

For one week each year horses are the main attraction at Elinor Klapp-Phipps Park, a 670-acre state-owned tract of land on Lake Jackson that plays host to Red Hills Horse Trials. The rest of the year, however, it is dominated by a different corner of the animal kingdom. 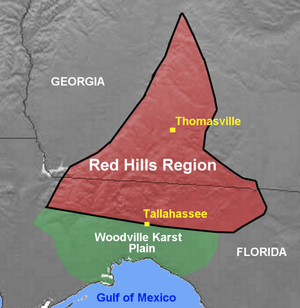 The event has a feel to it that’s unlike anywhere else. I haven’t been down since the cross-country course moved from Colin Phipp’s private property to the Park in 2014, and it has since been opened up a bit. But at the time running around it felt like some choose-your-own swamp forest adventure, a twisty, turn-y, olive green gauntlet. The woods are carpeted in trillium and thick with magnolia, live oaks and sweet gum trees, and it’s not uncommon for see riders galloping along with a veil of Spanish moss streaming from their helmets. 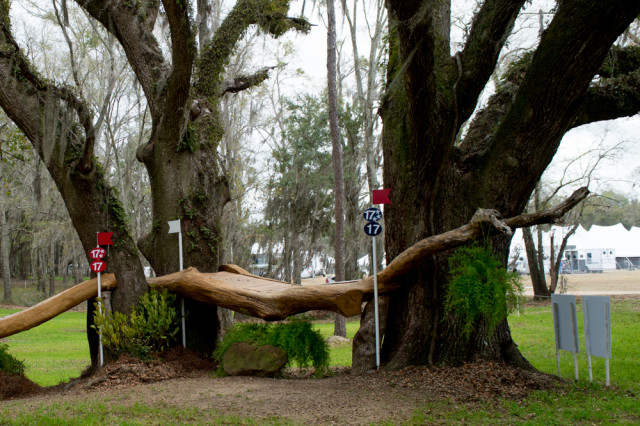 The Hammock (fence 17 on the 2015 course). Photo by Shems Hamilton/Red Hills.

And then there’s the wildlife.

“It’s a destination for birdwatchers, particularly in the spring and fall when migratory birds stop to rest there on their way to or from the Gulf of Mexico,” says Julie Wraithmell, Director of Wildlife Conservation for Audubon Florida. “There’s a tremendous waterbird significance.”

I’m no birder but the extensive list of feathered creatures she prattles off, from Bluebirds to Bald Eagles, sounds like it could keep its visitors’ binoculars quite busy. If you’re at the event this weekend and have some spare time to wander off into nature, this BLM Red Hills Bird Checklist could make for a fun scavenger hunt. 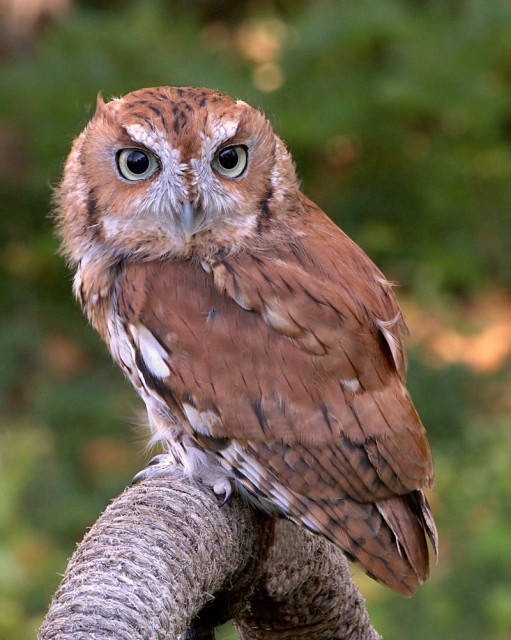 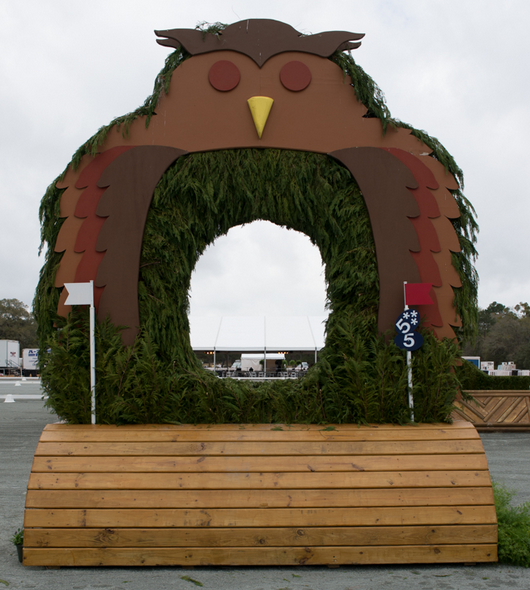 Fence 5 on the 2015 course. Photo by Shems Hamilton/Red Hills.

There’s also a healthy population of one particular type of butterfly, the Golden Banded-Skipper, that is hard to find elsewhere. 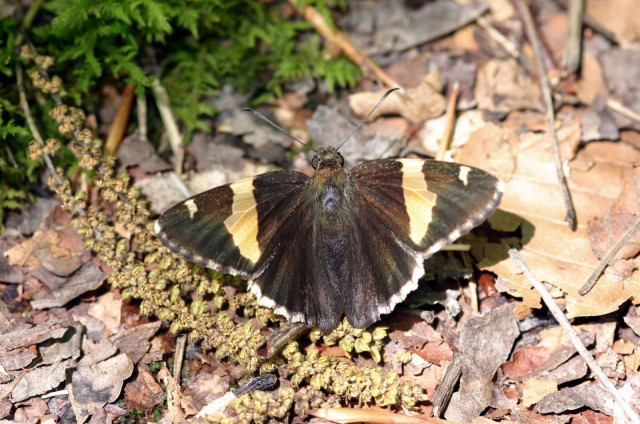 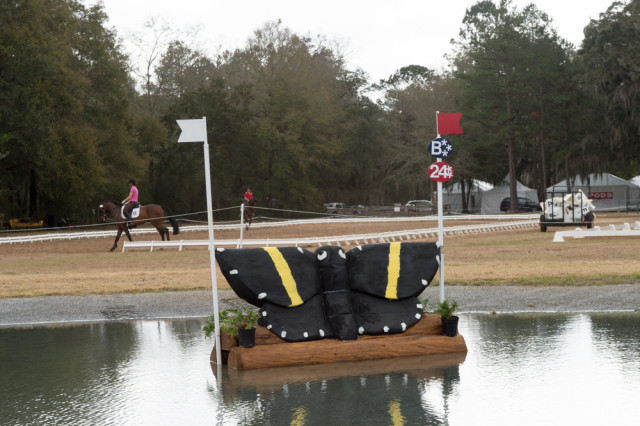 Fence 24b on the 2015 course. Photo by Shems Hamilton/Red Hills. 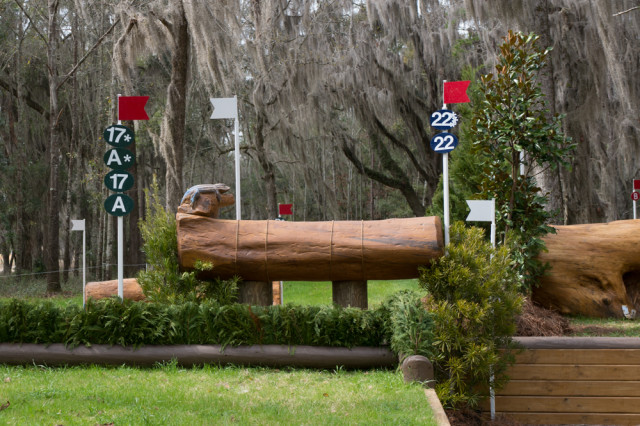 On cuter endangered species fronts, I definitely jumped a Manatee in the water complex one year, and of course there is Red Hills’ signature Gopher Tortoise, which is native to the southeastern U.S. and threatened by predation and habitat destruction.

If you’ve watched a reasonable amount of Animal Planet in your life you know that momma tortoises have it rough. Everybody wants to eat their babies; less than 6% of Gopher Tortoise eggs are expected to live one year or more after hatching. 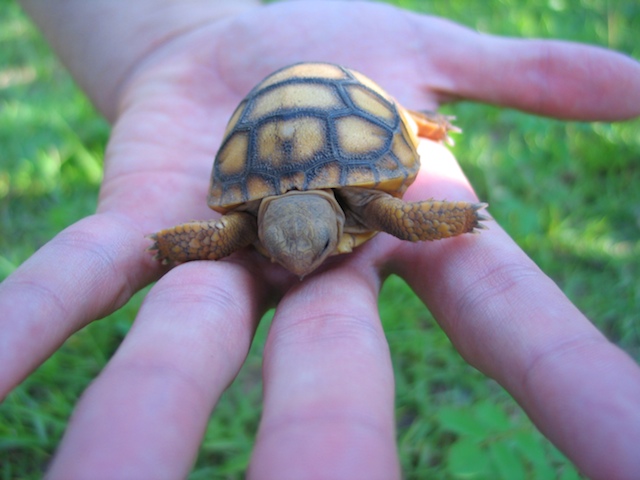 What sort of monster would eat this little guy? Photo: Wikimedia Commons

Once mature, Gopher Tortoises can live to be over 40 years old but even then nothing is certain. Development of their habitat has led to massive losses in their population over the years, although the Florida Fish and Wildlife Conservation Commission has recently implemented new permitting rules requiring developers to relocate tortoises.

And, guys, you know how people in Florida are. (I’m teasing, mostly.) While it’s illegal to hunt Gopher Tortoises or possess their meat or shells, some redneck idiots out there are still doing it — in 2006 police uncovered several pounds of tortoise meat in a Florida man’s refrigerator after they spotted empty shells along the highway.

But to Florida’s credit, at least it’s doing better than its upstairs neighbor Alabama, which still has tortoise listed as a “game species” in 19 counties.

What makes the Gopher Tortoise even more important is that it’s known as a keystone species, meaning other animals are dependent on it. Gopher Tortoise burrows, which can be up to up to 48 feet in length and nine feet deep, provide shelter for at least 360 other known species.

“What a fun, cool critter,” Julie says, but notes that, of course, if a horse stumbled into one of their burrows it wouldn’t be a good deal for either party. “The event has definitely roped off Gopher Tortoise habitats in the past.”

Here’s another fun video by course builder/chainsaw wielding Michelangelo, Tyson Rementer, unveiling a beautifully Gopher Tortoise jump that will show up in the new water jump this week.

This weekend’s event is a win-win for Elinor Klapp-Phipps Park and Red Hills Horse Trials alike. The organizers take care to leave as small a footprint as possible, and it allows competitors and spectators alike to experience an a vibrant part of Florida’s natural environment that we might not otherwise ever see.

“I hope a segment of the folks who come for the horses decide to come back come back again later,” Julie says. “It’s such a gem the rest of the year as well.”