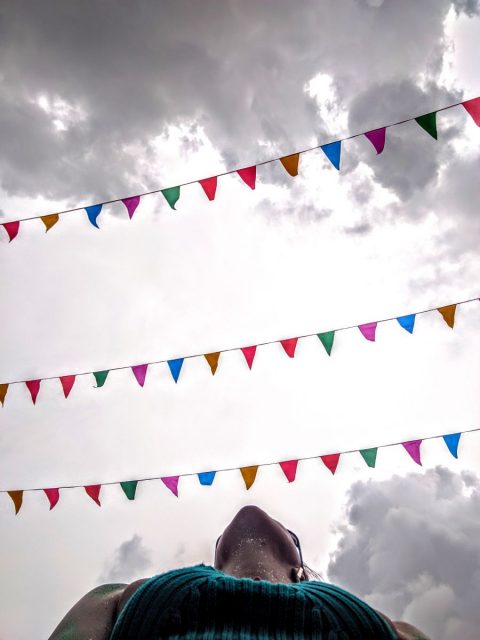 I’ve recently been called “intense.” I thought it strange as I tend to have resting mare face and keep my feelings concealed. I don’t mean to, it just feels like my eyes give away my thoughts, so I make an effort to not be as transparent as I feel. Pretty sure I still fail on that one. Often. Either way, it leads me to a whole bunch of other problems, I know. But my friend called me intense. No, not the same friend who repeatedly and lovingly informs me I play small, but a non-horsey friend.

My first thoughts OF COURSE took it negatively. Not that she meant it as such, but rather than ask her to clarify, I overanalyzed it for a while, as you do. Like chewing on a piece of freaking cud. Did she mean that I was passionate? Or concentrated like cheap orange juice? Too much to handle? No, she said intense … It sounded so serious. So dramaful. Not the word in which I would have summed myself, not that I know what that one would be. But intense? Ha.

When I finally asked her about it, it was in the middle of PRIDE. Perhaps not the best place to ask what made her think I was extra, decked out in full glitter rage. She just gestured to me, and said, ‘this is intense.’ She meant me. Not the sparkles. Not the bubble tornados I created all day. Not my deep green lipstick and dark demon eyes. I generated all that; I was the source. I was intense.

Her three words struck me. In the simplest way, I saw what she meant. My choices. The way I play. How I go through life. Who I am. It has vigor. To the uninitiated, I may appear quiet or odd, pensive even. But those who get to know me get as much of my opinion as they can handle. After a decade together, my friend has seen and heard a lot. A good friend sees into you and a great friend doesn’t balk. She saw something I didn’t see in myself. I trust her enough to not just write off her opinion as misunderstanding me.

Nonetheless, it made me think of a conversation I had with my sister—no, the unhorsecrazy fiscally responsible lawyer one. She remarked once how she was envious I had a passion that got me up every day, that consumed my brain and financials, that drove every piece of me. While she has important things in her life, she admittedly didn’t know what a life-consuming, soul-consuming, money-consuming hunger was. To me it sounds like a curse, though it is all I have ever known and wouldn’t trade it for anything. To her it was a gift.

Perhaps I am intense. It is a mantle I will proudly wear. I look back at conversations, writings, thoughts. Undiluted, I am stiff drink that many might pass over. Maybe caustic enough to burn a hole in the table if knocked over or forceful enough to bring one back from the dead. I pack a punch. Strangely enough, I do not exactly view this about myself. But then again, I am used to me. Desensitized to the chaos.

I suspect it is the intensity in me that has found its place in eventing. Growing up in the H/J/E world, maybe I was always too intense for the show ring. Maybe I just needed to take a long gallop in some open air. After all, eventers are intense: work hard, play harder. Some may call it insanity, but whether it is the day-in day-out training regimens, or the ballet recital-esque pressure of trials, we give it our all. Why—No—Why not?

So call me intense. All of me writes. All of me rides. I include all of me in everything I do. Maybe it is too much. But I wouldn’t have it any other way.  I spent far too long trying to make sense of my inner cacophony, rather than let it sing out from me. The past year I have learned to lean in to it and have seen it smooth out to my own personal harmony. I earned that intensity.