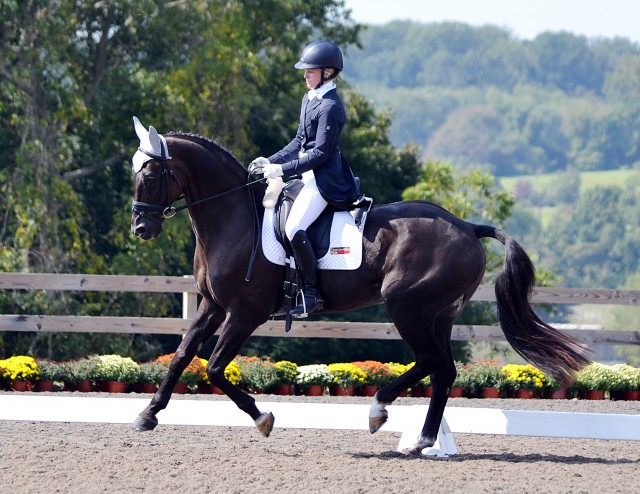 Caitlin Silliman announced today that Densey and Ron Juvonen’s Remington XXV will retire from the upper levels to enjoy the next chapter of his career with Camilla Grover-Dodge, the Juvonen’s granddaughter. This marks the end of a storied career at the upper levels for the 18-year-old Hanoverian gelding, who completed three CCI4* events placing 12th or better and was named a reserve horse for the 2012 Olympic Games with previous rider Boyd Martin.

Remi had a semi-retirement following the London Olympic selection process in 2012 when he stepped down from four-stars and Boyd handed the reins to Caitlin so she could gain experience at the two- and three-star level. Together, Caitlin and Remi finished third at Plantation Field CIC2*, won the Jersey Fresh CCI2* and completed two CIC3* events, as well as several Advanced level horse trials.

“I cannot thank the Juvonens enough for the chance to ride Remi. This horse has helped further my riding in a variety of ways, and the experiences I have gained from being able to have him as a partner at the upper levels are irreplaceable,” Caitlin said in a press release issued by Athletux. “I owe a huge thank you to Boyd for his support with Remi and for making it possible for me to gain the ride on him, not to mention for making him the horse he is today.”

Remi is currently enjoying a short break before beginning the next chapter of his career at the lower levels with Camilla, the Juvonen’s oldest granddaughter. “Remi is sound, healthy and happy competing, and I know he will love teaching Camilla at the lower levels,” Caitlin said. “I am very excited for her, and look forward to cheering the two of them on in the final stages of this incredible horse’s career.”