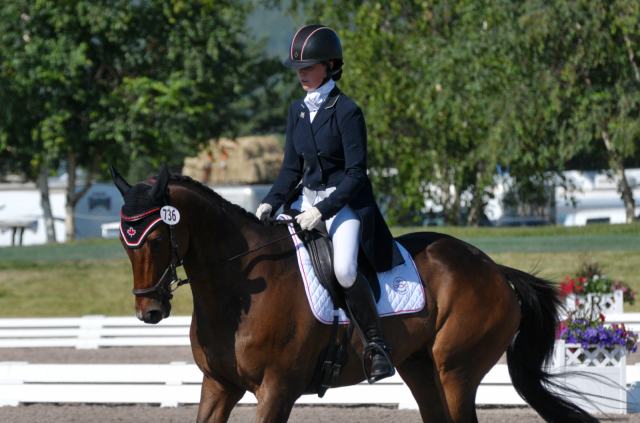 Tosca Holmes-Smith is barely 18 years old but already on her fourth North American Youth Championship (NAYC), having represented Canada in the one-star for the past three years. After claiming individual gold and leading the Canadian Junior Team to a bronze medal finish in the CCIJ 1* division in 2017, this year she makes the step up to the CICOY2* as Canada’s sole eventing representative.

Tosca has competed a different horse each year — her 2018 mount, Tom Riddle, is her fourth NAYC mount. “I’m trying to set a record,” Tosca laughs.

Tosca’s family bought the now 11-year-old Thoroughbred (Towkay x D’Pix) from New Zealand as a 5-year-old, originally for Tosca’s older sister Carmen, who developed him through the one-star level. When Carmen went to university Tosca inherited the ride.

“He’s a really cool horse,” Tosca says. “I love him. He’s got lots of personality for sure.” 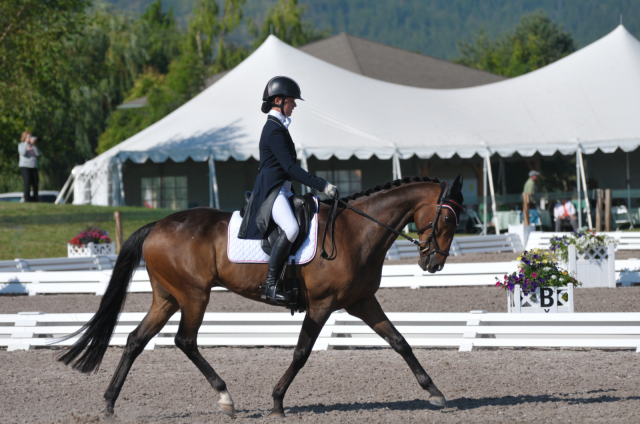 The pair sits 9th after yesterday’s dressage on a score of 36.0, and Tosca says she was happy with the test: “He’s a little bit inconsistent. He’s sometimes quite lazy, and then in the bigger environments he can be quite hot, so you never quite know what you’re going to get. But he’s a really nice horse. He has a lovely canter and lovely movement.”

At home in British Columbia, Tosca trains with former Advanced level eventer turned Grand Prix dressage rider Joni Lynn Peters. This spring, however, she went to be a working student for two months with Tamie Smith, who is coaching her this weekend. “She is amazing,” Tosca says. “I loved being at her barn. It was such a great learning experience.” 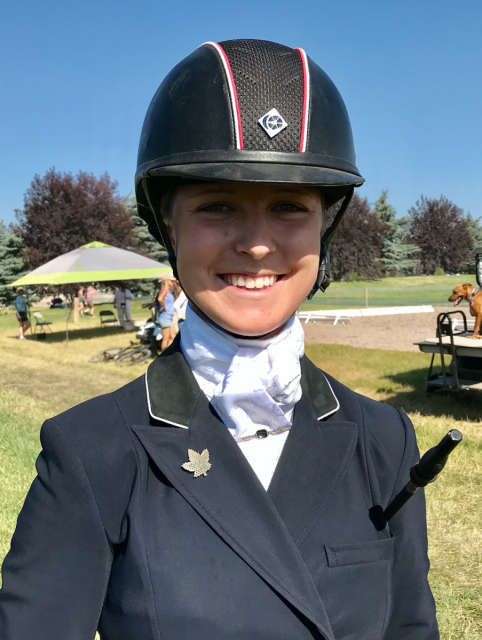 Tosca had a successful spring season on the West Coast, including an 8th place finish in the Galway Downs CIC2* with her 2017 NAYC CCIJ1*  mount Fiat. Tosca and Fiat finished the 2017 season as Equestrian Canada’s Horse Trials British Columbia Intermediate Champion, and Tosca picked up the Preliminary Young Rider Champion title aboard Tom Riddle. She was also the recipient of the 2017 HTBC Young Rider of Distinction Perpetual Trophy, dedicated to the memory of Jordan McDonald.

NAYC success is a Holmes-Smith family tradition — Tosca’s sister Carmen won NAYC CCIJ1* gold in 2016 before handing it off to her younger sibling. Last year, Tosca and Fiat’s path to individual gold last year began with eighth place finish in dressage on a score of 47.2 penalties, after which they shot up to third after a double-clear effort on cross country. The pair ultimately claimed victory on their dressage score after sealing the deal with a foot-perfect show jumping round. 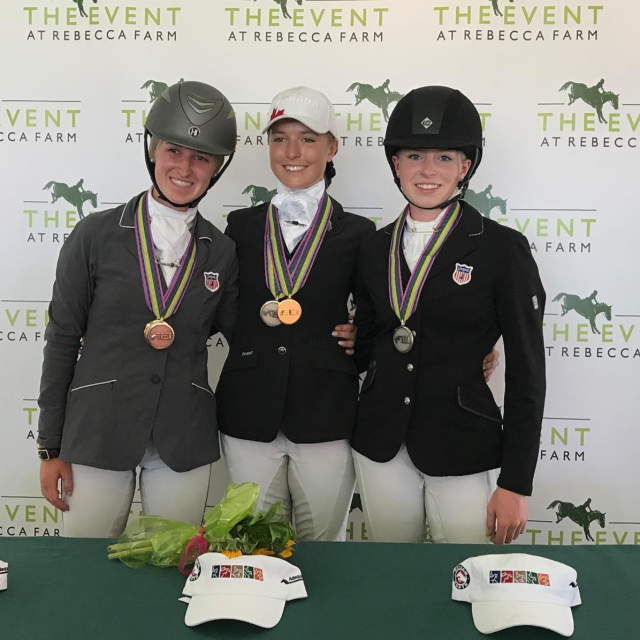 We look forward to cheering Tosca on at NAYC 2018! The eventing championship is held in conjunction with The Event at Rebecca Farm in Kalispell, Montana, from July 18-22. EN is live on the scene, bringing you all the latest!