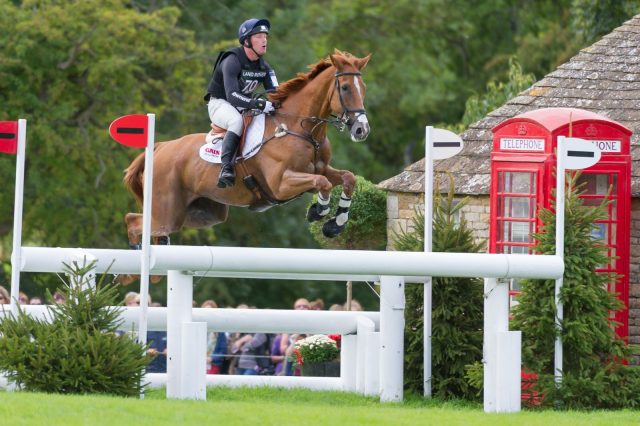 EN is sad to report that eventing legend Armada has been put down at the age of 20.

Paul and Diana Ridgeon’s Spanish Sport Horse was piloted by both Andrew Nicholson and Oliver Townend in his storied career, which included 16 CCI5*-L events. His best finish was second place at Badminton in 2014 with Oliver, one of his 6 top-10 finishes at the level. Over his life, Armada earned an impressive 2,559 British Eventing points.

Armada was bred in Spain by Ramon Beca before landing in Andrew’s program as a 5-year-old where his longtime owner Paul Ridgeon bought him. He showed promise right off the bat — winning his second event, the Novice at Gatcombe, in September 2004.

He saw continued success with Andrew: 2nd in the Intermediate Championships at Gatcombe’s Festival of British Eventing as a 7-year-old, 3rd in CCI4*-L divisions at Punchestown and Blenheim in his 8-year-old year, and 8th at Burghley in 2008. Oliver was given the ride in 2011.

With Oliver, his upper-level prowess continued. They were 8th in their first CCI5*-L together at Luhmühlen in 2012 before finishing 4th at Burghley that same year. They also boasted a win in the CCI4*-S at Burnham Market in 2014. 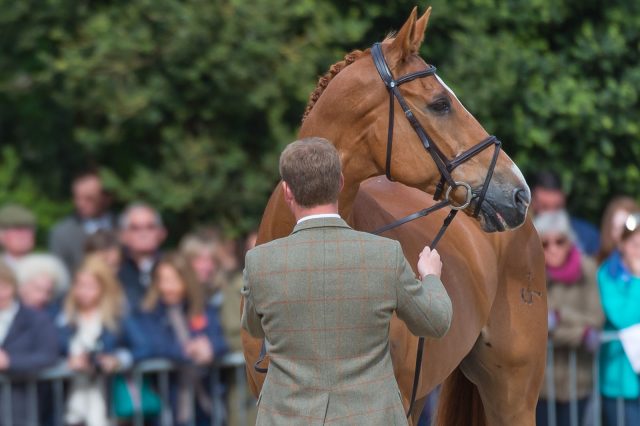 Outside of his dazzling competition record, his athleticism and attitude will not easily be forgotten by his two riders.

“He had unbelievable power and an amazing length of stride, which made the cross-country, especially in his early days, feel effortlessly easy,” Andrew said. “You had to sit on him across country to be able to appreciate the power and the feeling you got.”

“He had a wild side; he could get excited very easily and his blood boiled quickly, but he was very quiet and gentle outside of a competition environment and at home. He was very sensitive, and almost timid until you put him on a cross-country course,” Oliver said.

“He was a different class across country. You couldn’t have built a track too big for him. Very few horses ever made the time in the Open Championships at Gatcombe then, and in 2013 he was 10 seconds inside and I was slowing down for the final half-minute. I remember him doing a five-stride combination in three strides there so easily. In his heyday, you could do anything on him – I’ve never ridden one like him across country. He had everything – he was almost verging on having too much talent for his sensitivity.”

Our hearts go out to all who knew and loved this larger than life horse. Rest in peace, Armada