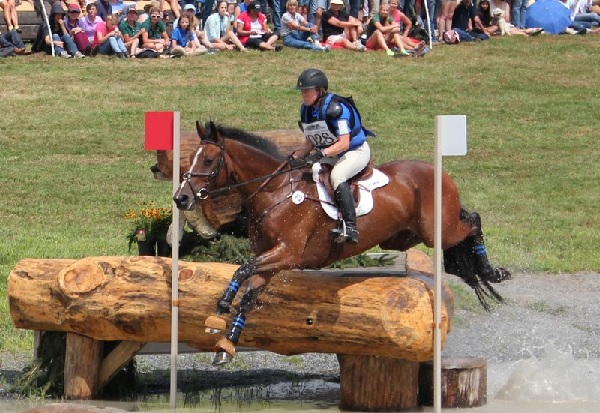 A year ago this weekend at Morven Park, Colleen Rutledge was getting carted off the cross-country course in an ambulance. The horse she was riding in the Preliminary Championships toppled over a table, rolling over Colleen and fracturing her hip. The damage: surgery and a premature end to her competition year.

This weekend has been a very different narrative. Colleen and “CR” grabbed hold of the top spot in the CIC3* in the dressage and never let go, clinching the win despite a show jumping rail and 9.2 time cross-country. The twisty, muddy track took its toll on the field; there were no double-clears in either the CIC3* or Advanced divisions.

In her Morven Park preview EN fortune teller/statistician Maggie Deatrick called Colleen and CR her Dark Horse pick of the weekend, as their dressage has been competitive but they’ve had a hard to adding it all up on the cross-country. It seems to have all come together for them this weekend, though, and an extra congratulations is in order: Not only was this CR’s first FEI win, it was Colleen’s as well! 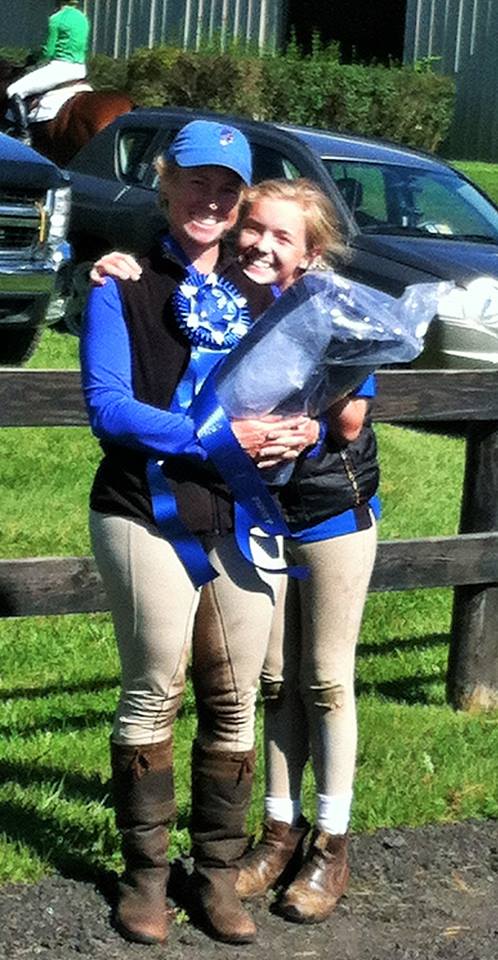 The pair has a neat story, which EN featured in 2012 in an edition of EN’s Got Talent. CR is a homebred and Colleen competed his dam, Let’s Get It Right, through Advanced. His sire is Lisa Reid’s BFF Incognito, a thoroughbred/Clydesdale cross, which is pretty fun fact as well — you don’t see too much Clydesdale blood at the three-star level!

Rounding out the top three in the CIC3* were Kate Samuels with Nyls Du Terroir in second and Sara Kozumplik Murphy with Fly Me Courageous in third. 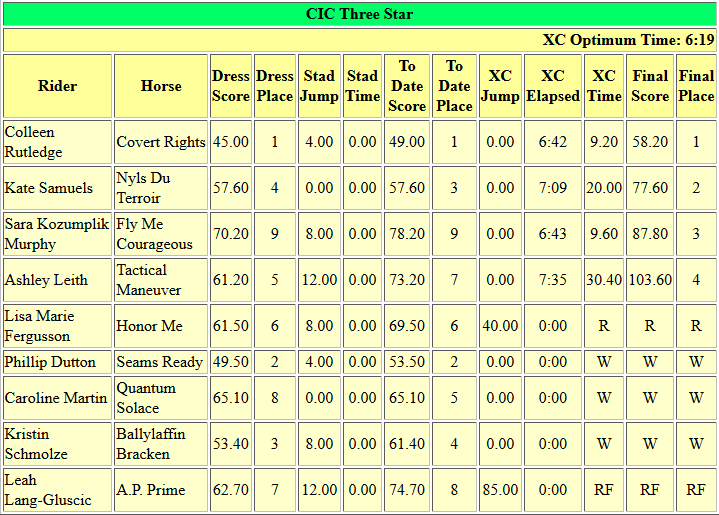 Cross-country time penalties shuffled the Advanced division leaderboard around dramatically, with the two fastest rounds of the day moving into the top two spots. Both Holly Payne and Never Outfoxed and Caroline Martin and Pebbly Maximus had just four faults apiece to move from fifth to first and seventh to second respectively. Phillip Dutton and I’m Sew Ready won the dressage, dropped to second after a show jumping rail, and finished in third having come home with 12.8 time cross-country. 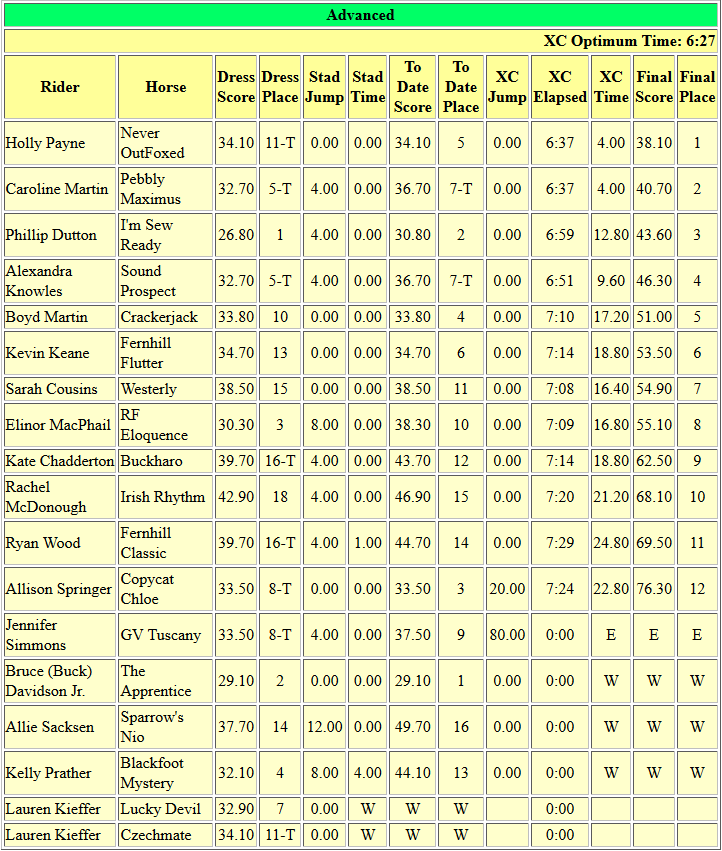 Boyd Martin and Welcome Shadow added nothing to their winning dressage score of 42.2 to win the CIC2*. This was the horse’s second CIC2*, the first being Plantation Field a couple weeks back where they dropped three rails to finish 34th in a competitive field. Boyd had the only double-clear cross-country round in the division, and Marilyn Little and RF West Indie posted the second fastest time with just two penalties. That was good enough to move them from third to second, with Kelly Prather and D. A. Duras rounding out the top three. 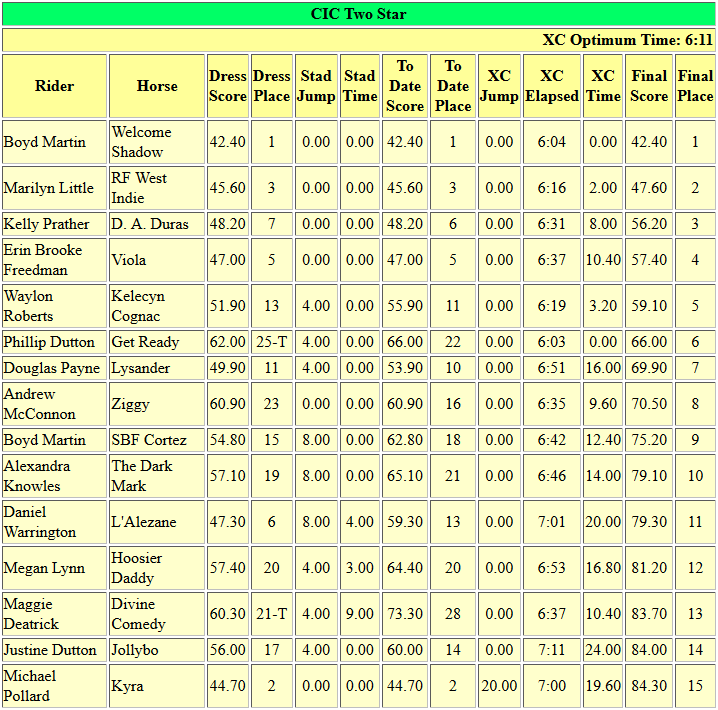