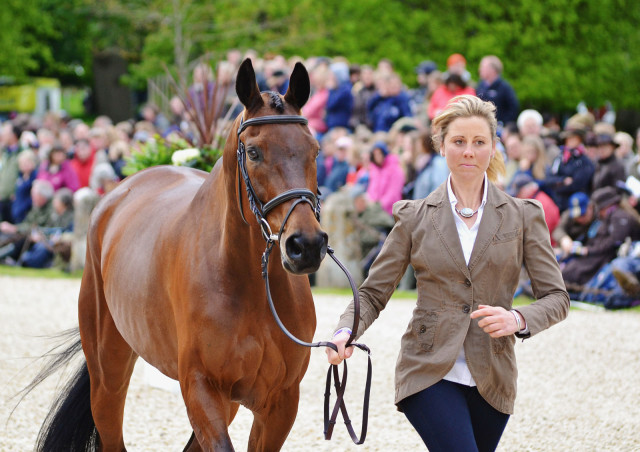 Rebecca Howard and Riddle Master’s names were noticeably absent from last week’s Canadian World Equestrian Games squad announcement, and she confirmed today that Rupert unfortunately suffered a minor injury at Badminton that will keep him from competing for the rest of the year.

“It appears this will not be Rupert’s year — regretfully, he will be spending the English summer resting instead — which put us out of WEG contention and further competition plans for 2014,” she said on her blog. “We were indeed victims of this year’s Badminton course. When we hit the back rail of that oxer early on course, Rupert sustained an injury that in hindsight is what caused our trouble later on course and resulted in our day ending at the Mirage Pond.” 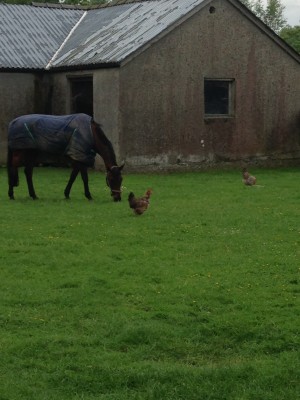 “His prognosis is all positive, which is great; he is just in need of a little time and rest,” she said. “This is, of course, the reality of  the sport we are in and the ups and downs that comes with horses. I wish we were able to do more to help with the WEG effort. I can only wish team Canada the very best (bon chance!) in France this summer.”

All signs point to Rebecca and Rupert making a comeback in 2015, and we can’t wait to see them back as they prepare for Rio. Kudos to Rebecca for keeping her chin up during this unfortunate setback. We wish Rupert all the best as he heals and enjoys his summer vacation with his chicken friends at Tim and Jonelle Price’s yard.