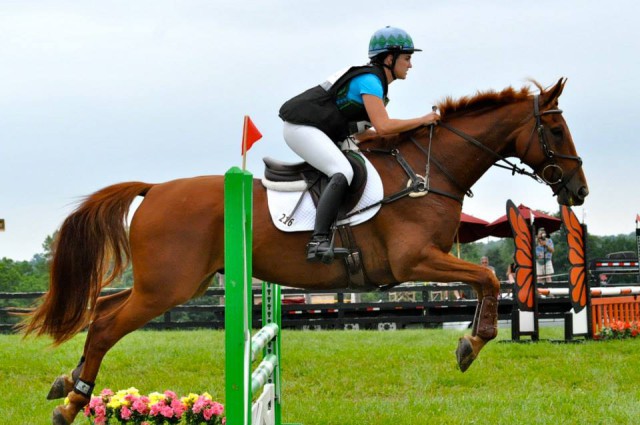 Leo at Surefire, his first Novice. Photo by McKenna Borton.

The world that we live in is fast and only getting faster. We walk fast, talk fast, post pictures on the internet fast, text with blazing fingers of lightning, and expect everyone and everything to keep up. We are always in a hurry to find the next best thing, to do better than our competitors and get there faster. We equate speed with success, and sometimes we are right. But, with all this, we’ve forgotten that the hare never wins the race.

As soon as the going gets tough, we’re hardwired these days to look for the quick fix — the miracle cure that will solve all our problems. We exist in a very disposable time, which is to say that as a culture we believe in cheaper, throw-away products instead of more expensive, high-quality items. This infiltrates into not only our consumerism, but the way that we conduct the rest of our lives.

As much as anywhere else, we are deeply enthralled with the idea of the young, beautiful and talented soaring to crazy heights as soon as possible. I’ve been on both sides of this issue, and as somebody who competed a not-yet-6-year-old in a CCI* as a young rider (gulp!), I think his success was rather the exception than the rule. There will always be horses that climb the ranks like it’s nothing, but with such astounding athletes, I think a longterm approach is probably preferable.

It has officially taken me a year to get my failed dressage horse and broncing specialist from skinny rogue to confident Novice horse. Yes, you might say that a year is quite a long time to accomplish jumping 17 2’11” cross-country jumps and staying in the dressage ring for walk, trot and canter. I probably could have crammed a big bit in his mouth and jockeyed him around something last fall and theoretically been up a little further at this point. But you know what? I adore the slow and steady, and I embrace the tortoise. 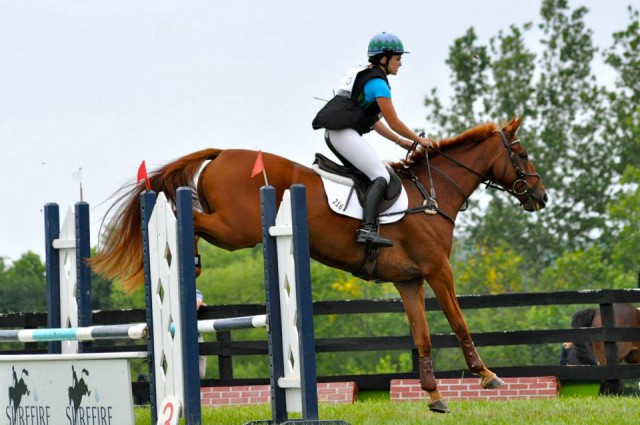 The way of the tortoise is often dull, difficult and significantly less impressive on a daily basis. It’s far less glamorous and involves a lot more elbow grease. It requires that we get our hands dirty, nitpick through each and every little issue, and it promises to take up an extraordinary amount of our time. I may be a little too detail oriented for my own good, but it serves me well with horses like Leo, who need that slow approach. For me, success after that kind of hard work tastes all the much sweeter.

A year ago, I started with a horse that was liable to take off bolting and broncing at any moment, for seemingly arbitrary reasons. He would pitch a fit if asked to walk over there, stand still to open a gate, walk through a bit of mud, or go look at that log over there. He would throw his body around — up, down and sideways — at the littlest provocation. He was terrified of rein contact and only went around nervously yammering at the bit with his neck curled as tightly as possible, even when on a long rein. He had anxiety coming out his eyes and ears and was rightfully labelled “fairly useless and semi-dangerous.”

Sunday, Leo completed his second event and his first Novice. He scored a 27.4 in dressage and only did two bucks in dressage warm up. He bravely jumped around a very muddy and colorful show jumping course, incurring no jump penalties. He then conquered his first Novice cross country, cantering on a loose rein and learning to balance himself on the approach by fourth fence. We did incur time penalties because he was so very tired and could not believe that three phases were all in one day! I left the show with a giant grin and a confident, brave horse who realized that he might be the Novice champion of the world. To me, that’s worth all of the waiting.