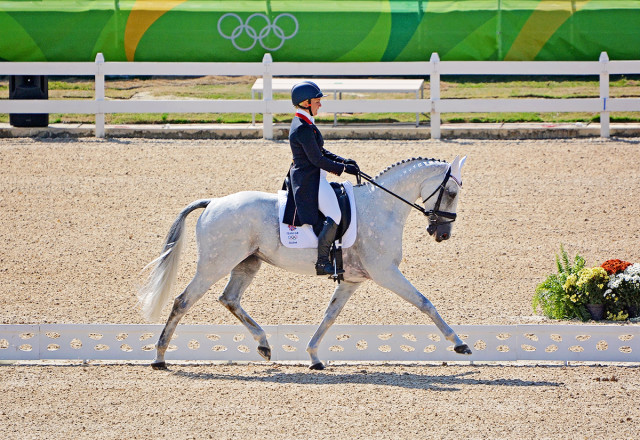 British Eventing (BE) announced last month that the 2017 season is bringing key rule changes on riders’ headwear. ‘Protective headwear’ is now mandatory for all three phases, including dressage, at all levels. It was previously only compulsory below Novice level, which is equivalent to the U.S. Preliminary level.

Protective headwear that meets the required standard must be worn whenever mounted at a BE event. This means that for Novice level and above, hunting caps or beagle hats are not allowed; for Advanced Intermediate level and above, top hats are no longer permitted when mounted.

The news has seemingly not created many ripples of discontent in the UK, perhaps because many riders do choose to wear helmets now anyway. The new BE helmet ruling rule is only applicable to national (British) classes run under BE rules. (For FEI rules on headwear for all FEI classes, competitors should refer to the FEI website for their own guidelines.)

‘The correct and sensible step’

BE has stated that the new British helmet rule is “the correct and sensible step to require all members to wear protective headwear in all three phases of the sport.” It follows New Zealand’s lead, as the nation took the step of banning top hats in eventing at national competitions in summer 2016.

What do event riders who regularly compete in BE events think about the news? British three-star rider Lauren Shannon says the new BE hat rule is long overdue. “We always need to strive to make our sport safer and also keep it relevant in the modern sporting world,” she tells EN.

Burghley winner Chris Burton agrees. “I was once warming up for dressage at an event and a steward was concerned about the fact my brand new helmet had not been tagged yet,” he tells us. “But in the warm-up with me were at least 20 riders wearing 20-year-old Patey-style hats, with no safety standards at all, and no chin straps … so I think this rule is long overdue in British Eventing.”

British Olympian Gemma Tattersall says that while she knows that not everyone is a fan of losing the traditional top hat and beagler, times move on.

“In our world, health and safety is huge. I am actually a fan of the top hat and beagle hat, as I think they look elegant and smart, but we have to move on with the times, accept what the rules are and embrace them,” says Gemma, who is sponsored by Childeric Saddles and Timothy Foxx. “There are plenty of hat companies that make very smart, safe hats that look the part. PROtector made me a super smart hat for Rio, and I love it; it looks good and it’s comfortable and safe.”

Dressage guru Charlotte Dujardin has long promoted wearing helmets, both internationally and within the British team, telling the press at the 2016 Olympic Games that she’d previously fallen and fractured her skull.

“I was lucky to come out of it OK. I always now wear a helmet,” she says. “It’s something I feel very comfortable and safe in. You never know what can happen, and you only have one head.” After the 2016 Games, Carl Hester commented that as a team, it looked more cohesive for the Brits to all wear helmets. 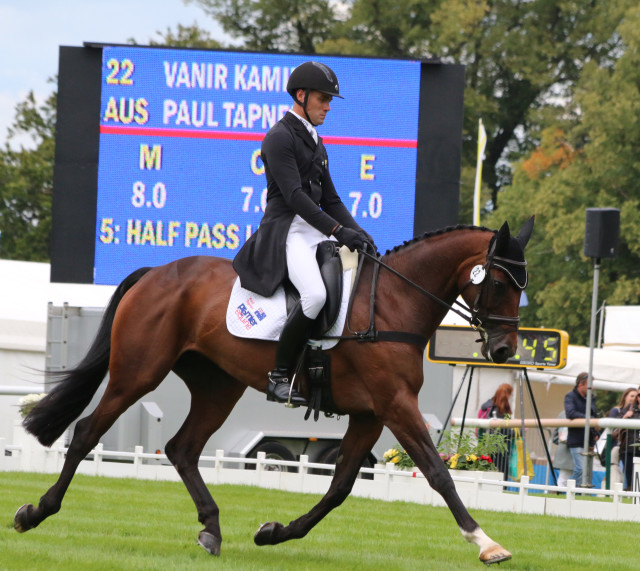 Riders have seemingly been quietly accepting of the ruling announcement, though some, like Irish Olympian Jonty Evans, are less enthusiastic about the change.

“My feeling regarding the top hat ruling is that there are forces at work other than simply the safety concern,” Jonty says. “While there is arguably a safety issue, there are more pressing areas of concern within the sport, in my opinion. I am gutted to see the top hat go, but I’m lucky, as I have my Gatehouse hats to replace them with.”

British three-star eventer David Doel says that while he can understand that safety is paramount in eventing, he would like to see riders have the choice of whether to wear a top hat. “We do need to keep up with modern standards of safety, but it is a shame that we cannot have the option of being able to wear such a traditional part of our competition wear, as we have done for many years,” says David, who’s sponsored by Kate Negus bridlework.

Four-star rider Paul Tapner, who is also digital and technical manager for Event Rider Masters, said that if asked five years ago, he would have been sad about the rule change. “But now, I think it is about time. Ours is a dangerous sport, so we need to understand that. There will be lots of riders still wearing top hats (in FEI classes), but we will see a decreasing number that don’t wear them,” Paul says.

“In 2013 at Badminton, I think I was the only one in a crash hat in the dressage. And in 2012 at Burghley, which was the first time I wore a crash hat in dressage at a four-star event, I was one in maybe a maximum of three riders wearing a helmet. Thankfully, there’s a large percentage that wear them now.”

And that trend is likely to continue increasing. As EN reported following the Rio Olympics, 54% of competitors chose to wear helmets in lieu of top hats in dressage, a significant increase over the 2012 Olympics in London when only 3% of riders wore helmets.

Do you agree or disagree with BE’s top hat ban, EN? Do you think the time is coming when we will see the FEI ban top hats for international events? Weigh in with your thoughts in the comments below.