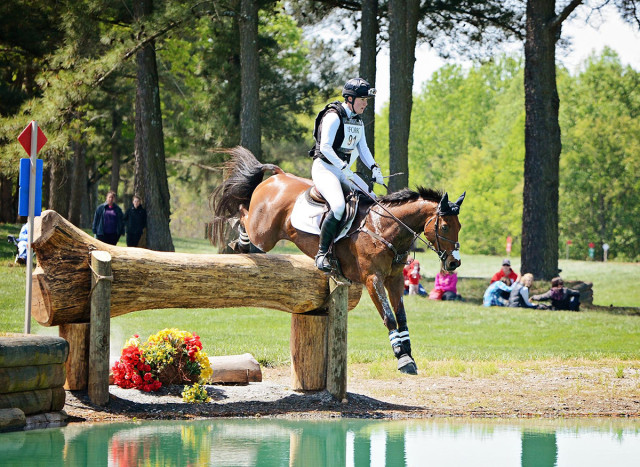 Maya Black and Doesn't Play Fair at The Fork 2016. Photo by Jenni Autry.

It’s the end of an era as Maya Black has confirmed that Doesn’t Play Fair will no longer compete with her at the upper levels. “Cody,” a 12-year-old Holsteiner gelding owned by Dawn and Jon Dofelmier, will instead start a new chapter in his life at home with his owners in Washington State.

“While looking back at 2016, I can’t help but reflect on what a year of events it’s been. Winning a CIC3*, finishing 3rd at Rolex and being named traveling reserve to the Olympics … all in the same year?! That’s the stuff dreams really are made of. Now that we’ve entered 2017, I look at the new year as an opportunity for a fresh start and to allow for the next chapter to begin.

“That being said, it is with a heavy heart that I am announcing that Doesn’t Play Fair has been removed from my care, marking an end to our special partnership together. Cody and I had an amazing ride together, with some incredible results. I had anticipated for us to have many years left together with more great things to come.

“The injury Cody acquired prior to the Olympic Games healed well and he was on track to returning to his previous form. However, the Dofelmiers have decided to move him back to their home in Washington where they will enjoy him. I hope he brings them the same joy that he has brought to my life.

“Cody had been my world for nearly 6 years, as I was his. He got me to my first Advanced, my first three-star win, my first four-star and my first shot at being part of a U.S. team. I will forever be indebted to him. I loved all of his quirks and idiosyncrasies because it’s what made him so special and, in return, an incredible partner and competitor.

“Above everything else, Cody has been my best friend, and I will miss him terribly. While I don’t think I will ever have a partner again quite like Cody, I am very confident that I will persevere and given the chance, I will continue to produce horses to be real competitors at the highest level.

“While losing Cody has left me with an array of feelings, I remain thankful to the Dofelmiers for their support in the past and giving me the chance to ride a certain little horse who, to all of our surprise, ended up making a lot of dreams come true. While 2016 has been a year of great highs and devastating lows, I will remain true to myself and optimistic that when one door closes, another opens.

“I want to thank all of our family, friends, coaches, sponsors and fans for cheering us on over the years and those who continue to stand by me today. I remain hopeful for the future and that you have yet to see the best from me.” 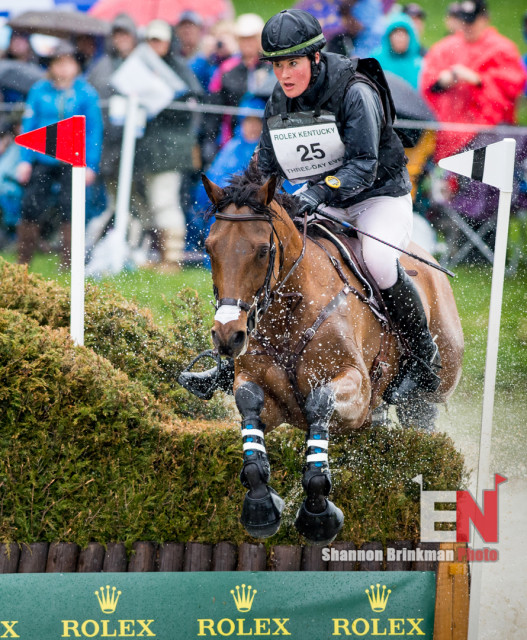 The Dofelmiers originally purchased Cody as a 6-year-old to be a lower-level mount for Dawn, never imagining that the little 15.2-hand Holsteiner with a quirky personality would go on to become one of the top eventing horses in the U.S.

Cody went to Maya for training, and the rest is history. They cruised through the levels and racked up numerous wins along the way, including a victory in the prestigious Plantation Field CIC3* in 2014 in their first Advanced season together. Maya and Cody also secured top-five placings in the CCI3* events at Bromont and Galway Downs in 2014.

The pinnacle of Maya and Cody’s career together came in 2016. A dominant spring season that included a win at The Fork CIC3* and culminated in third place at Rolex Kentucky saw Maya and Cody named the traveling reserve combination for the U.S. team at the 2016 Olympic Games in Rio de Janeiro. 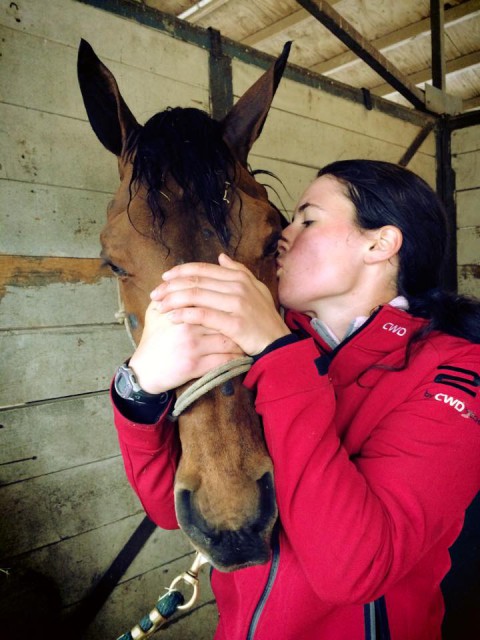 While a minor injury ultimately forced them to withdraw as traveling reserve for Rio, that does not discount the fact that Maya and Cody were one of the top combinations in the country during the 2016 season.

It’s no secret that we are fans of Maya and Cody here at EN. We have closely followed their career since Cody was a plucky 8-year-old preparing for his first two-star, and it has been an honor and a pleasure to document the inspiring partnership Maya built with this horse over the past six years.

We wish Cody and the Dofelmiers all the best. Thank you for all the memories, Maya and Cody.