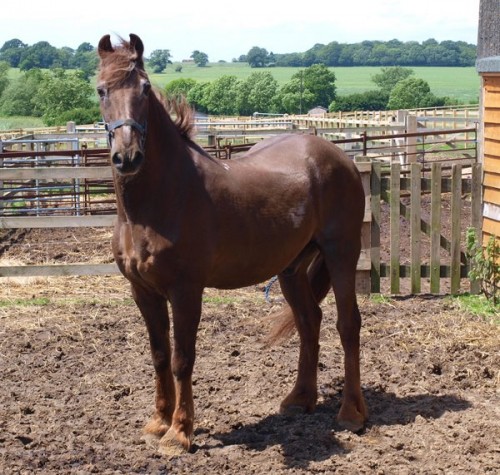 Shayne, a 51 year old liver chestnut Irish Draught gelding, was believed to be the world’s oldest horse. However, last week when he was unable to rise from a nap, the staff at the Remus Memorial Horse Sanctuary where Shayne was retired, made the decision to put him to sleep. Despite being 51 years of age, Shayne spent up to six hours a day outside in the fresh Essex air, enjoying movement and grass just like any other horse.

The founder of the sanctuary, Sue Burton, contributes his longevity to both his spritely personality and the fact that his previous owners did not overwork him prior to retirement. Shayne enjoyed four meals a day of beet pulp and chaff mixed together along with alfalfa cubes, as well as cabbage for treats. He only had one small medical problem, which was mild arthritis, quite good for a boy of his age!

Last year, when the tale of Shayne’s incredible longevity came to light, Ms Burton said: “We get people who rescue a horse and they tell us that it is in its 30s so it knocks them for six when we say we have one in its 50s.” The Guinness World Record for the oldest living horse belongs to a Welsh/Arab named Badger from Pembrokeshire, Wales, who also lived to the age of 51, and died in 2004. However, staff at the sanctuary believe that Shayne was also 51 based on the date of birth given by his owners and medical examinations of his teeth.

As Shayne’s birth was believed to be before horse passports were introduced, there would only be paperwork detailing the exact date if he were a purebreed. The title of oldest horse ever to live belongs to Old Billy, a gelding foaled in Lancashire and apparently reached the age of 62 when he died in 1822, but the case is unconfirmed by the Guinness World Record Books.