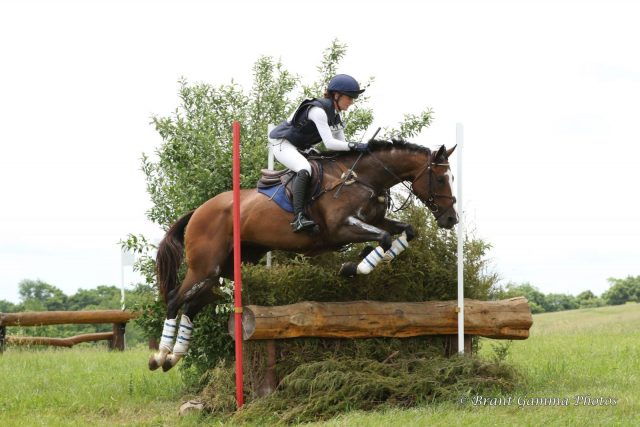 With all the team announcements in the recent news, the 2018 U.S. WEG Team and the U.S. Nations Cup Great Meadows and Aachen Teams, it’s time to meet the recently named Area V North American Youth Championships (NAYC) CH-J* Team. Area V, made up of Arkansas, Louisiana, Oklahoma and Texas, has had several gold medal teams in the past. Meet the four horse and rider pairs looking to add to the area’s history of success.

Georgia Dillard, an eventer from Little Rock, Arkansas, had campaigned in the past for a spot on the NAYC team. It wasn’t until the purchase of her 7-year-old Dutch Warmblood Galileo WP (“Warren”) in January of this year that she was able to make that dream a reality.

“Warren has helped me gain back a lot of confidence that was lost on my previous two horses on cross country,” Georgia says. “He loves his job and is extremely honest.” A very different ride from her last horse, Georgia has had to work hard to learn to ride Warren the way he needs to be ridden.

Being on the NAYC team has been a goal of Georgia’s ever since she attempted her first one-star in 2016 at the Colorado Horse Park. “I’m very thankful for Warren who has allowed me to reach this goal,” she says. “He continues to exceed my expectations every time I ride him.” She also credits her trainer Lisa Phillips for making her the rider she is today and her loving parents who have been extremely supportive through the whole process.

Excited to compete at the beautiful Rebecca Farm, she says, “I’m looking forward to sharing this amazing opportunity with three other great girls that I know have worked so hard to earn their spot on this team.” 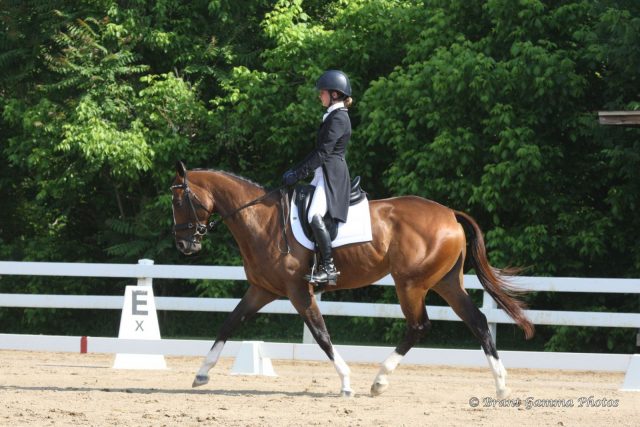 The only mare on this year’s team is piloted by Georgia Phillips, from Houston, Texas. Menue Rendevous (“Lundee”) is a 7-year-old OTTB. Georgia found Lundee for sale on Facebook as a 4-year-old off the track and has produced the mare to the one-star level herself. Originally intended as a summer resale project, Lundee “has always surprised us all with how great she is,” says Georgia. “She has the biggest heart, and has a business woman mentality.” Georgia’s favorite thing about Lundee? “We have so much trust in each other, I think she’d do just about anything for me.”

Georgia was practically born into eventing, growing up with her mother running her own eventing program. She got her first pony when she was 4 and the rest was history. This was Georgia’s last year of eligibility for the NAYC Team at the one-star level and she says she put a lot of pressure on herself to qualify. “I tried not to get my hopes up when the selectors made their decisions, but it was hard not to,” says Georgia. “I was so excited when I was officially named.” Eager to show her dynamite mare in such a huge atmosphere, Georgia is looking forward to “our team working together and making our area proud.”

McKinsey Wickman is the only NAYC veteran on the 2018 team. The rider from North Texas and her 9-year-old Irish Sport Horse Dassett Profile (“Pro”) were a part of the CH-J* team last year and took a lot away from the experience.

“Losing the first place position after cross country was heartbreaking,” she says, “but it was a wakeup call that some things needed to change.” McKinsey has changed up her training program over the last year and has been working hard to become the rider her horse needs her to be. A big believer in cross training, she has spent many weekends at dressage and jumper shows to improve those phases and become a solid overall eventing pair. One of the greener horse and rider teams at last year’s championships, McKinsey feels they have more experience under their belts heading into this year’s competition and are looking forward to redemption.

When asked to describe her horse, McKinsey said the leggy blood bay is like, “a puppy and a Ferrari at the same time.” According to McKinsey, Pro loves attention and has a very playful personality, but when it comes to work he’s all business. McKinsey bought Pro from Lillian Heard in 2015 and brought the gelding up from the Training level. “Pro has the biggest heart of any horse I have ever had the chance to ride.” Her best friend and confidant, “There is no other horse I would want to travel around the country with.” 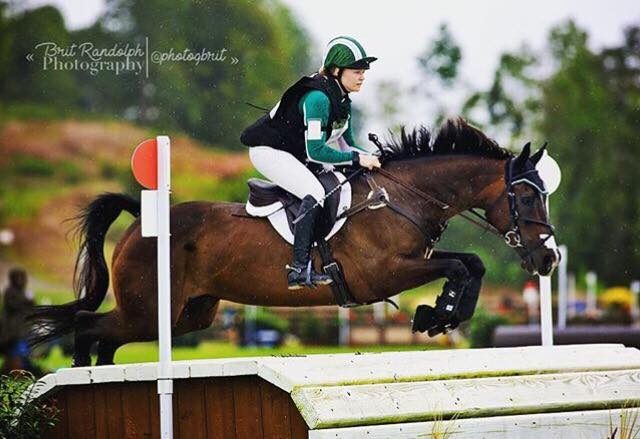 Another North Texas eventer, Annah Yoder, and her 15-year-old Appendix Quarter Horse Ern More Cash (“Ernie”) are excitedly looking forward to their first team experience. Ernie is Annah’s first horse and together they have competed from the Beginner Novice to the one-star level. Annah describes Ernie as “Mr. Happy” and says, “Nothing fazes him. He’s always ready to work and he always tries his hardest.” Having only been competing since 2014, Ernie’s natural talent and positive attitude has made the journey to the NAYC a rewarding and fun one. “He’s always ready and eager to do whatever is set in front of him.”

While this will be the first team experience for Annah and Ernie, the pair made the trip to Rebecca Farm last summer to qualify for the NAYC. Annah says, “For me it was the event of the year and I can’t wait to be back!” When asked what she is most looking forward to, Annah answered, “Getting the opportunity to learn what it means to be on the team and getting to go about the experience with some of the best people I know.”

With the Event at Rebecca Farm and the NAYC only two weeks away, competitors across the country are making their final preparations for the event of the summer. Area V wishes everyone participating safe travels and a special good luck to our girls representing us. Have a great ride!