We're excited to follow along with Bieman de Haas sponsored rider Holly Jacks-Smither and More Inspiration as they compete in the CCI3* at The Event at Rebecca Farm. Joining her on this adventure are sisters Ella and Eva Marquis, who are representing Canada at NAJYRC. Read all of their blogs here: Part 1, Part 2, Part 3, Part 4, Part 5 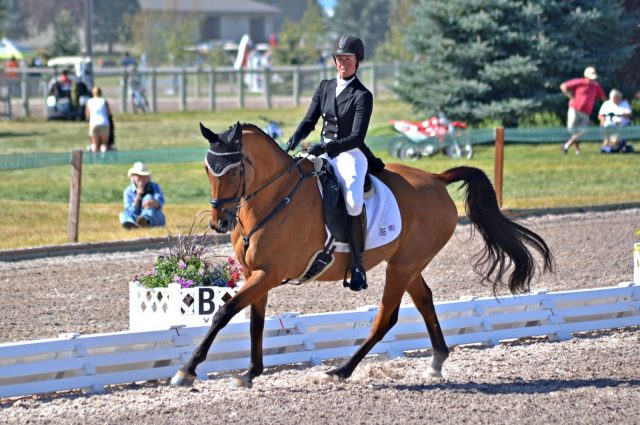 After all of team Canada and I passed the jog, it was on to dressage Thursday and Friday. Canada drew first lot and would have to trail blaze throughout the competition. Chef d’Equipe Penny Rowland had to strategize on rider order and ultimately chose Eva Marquis to lead off our team. She would be the first rider in the ring. No pressure for a 14-year-old!

At first she was quite nervous about the situation but upon reflection was heard to say “you guys will be all stressed and under pressure and I’ll be just chilling and cheering once I’m done”. She took it like a real veteran.

This brings me back to something I’ve learned over my career. Everything in life we do prepares us for a big day, and this is a great example. As the girls have mentioned before, they compete in pony jumpers. Now as many of you know the “A” Circuit is a hurry up and wait thing with no assigned times. Often times at pony jumpers I have signed the girls up first just to get the day rolling (they curse me for this!).

I always tell them that this is great practice for one day when it is important and you have no choice but to go first. Well, here we were. Eva did not disappoint and pulled off a very good test and made the team proud. 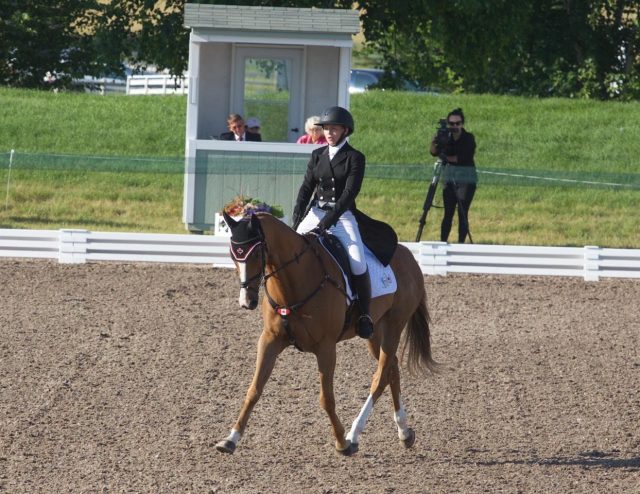 Ella was third in rotation. Her horse Polly can sometimes be a fire-breathing dragon in dressage and since we have been here we have done a lot of calming dressage exercises. Call it “zen time in the mountains” — it worked! Ella pulled off a personal best score and truly tamed the beast. 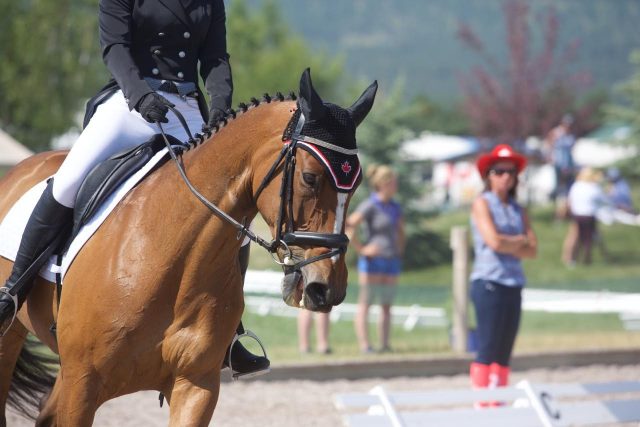 Ella Marquis on her dragon gets ready to tame the beast under the watchful eye of coach Holly Jacks-Smither. Photo by Mark Marquis.

Teammates Chloe Duffy and Tosca Holmes-Smith were also fantastic, with Tosca leading the team with a score of 47.2 and eighth individually. Chloe, Eva and Ella were tightly clustered close to our next best score, Chloe’s 52.7. At the end of the day, the Junior Canadian Team was sitting in fourth, only 3 points away from bronze medal position. 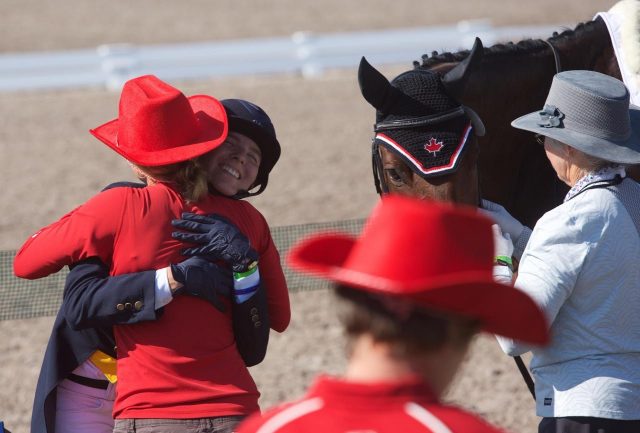 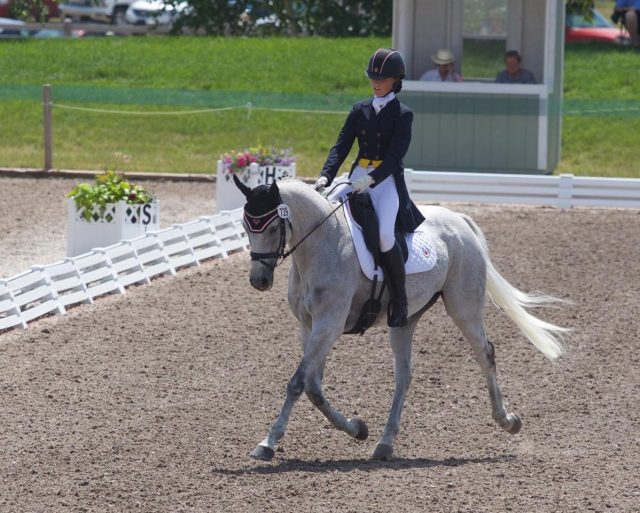 I was so proud of these kids, as going in we knew that this was not a strong phase for them. Running and jumping is what got them here!

As for me I had a bit of a disappointing dressage test. I love my horse so much, as he has given me so many amazing opportunities, but I can’t lie — I was pretty frustrated leaving the ring. But guess what? This is eventing with two more phases still to come! 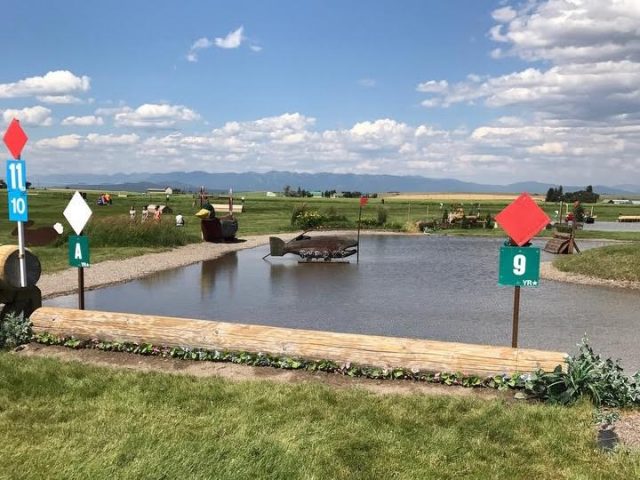 The first water complex of the NAJYRC CH-J* course. Photo by Mark Marquis.