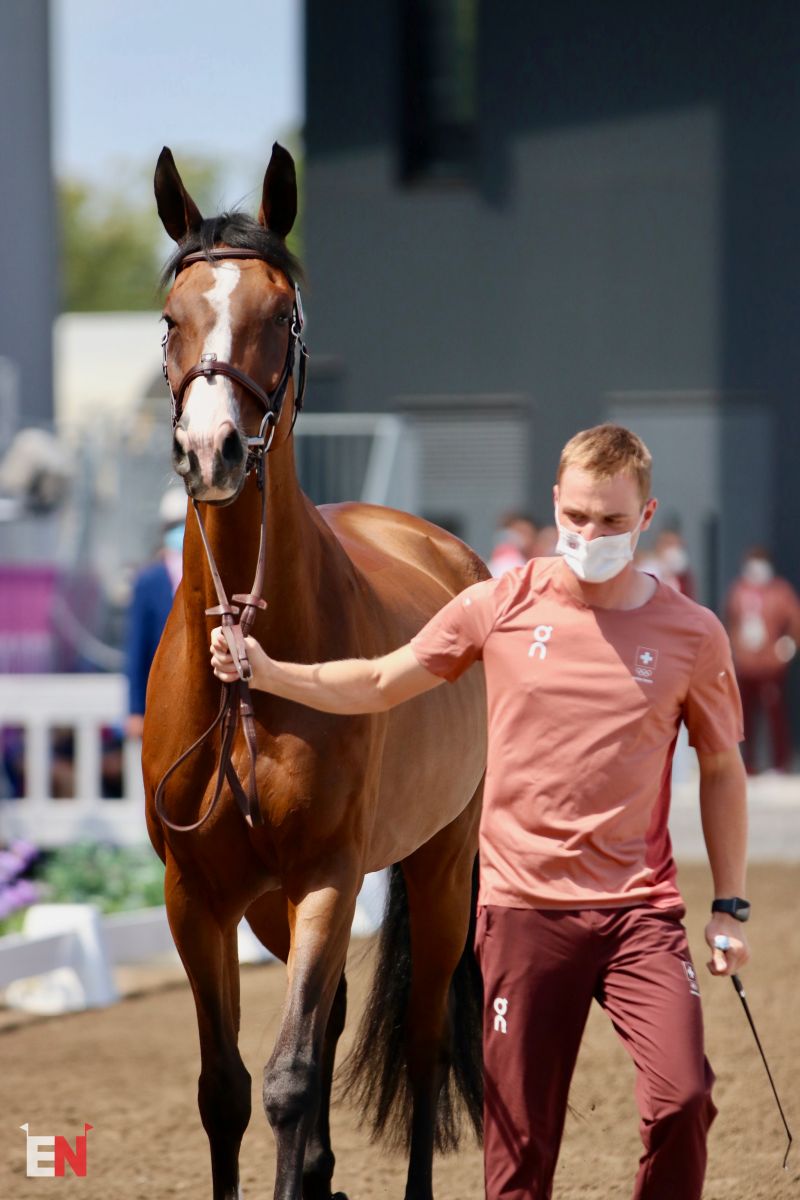 We’re heartbroken to share the incredibly sad news that Jet Set, the mount of Switzerland’s Robin Godel, has been euthanized after pulling up late on course on cross-country day at Tokyo. After jumping the final water complex at 20ABCD, a sudden and extreme lameness prompted the rider to pull the experienced 14-year-old gelding up. Immediate veterinary attention was given at the fence and the horse was swiftly transferred to the on-site clinic by horse ambulance. There, it was discovered that the horse had sustained a low ligament rupture, the severity and location of which meant it was irreparable, and the decision was made with Robin and Jet Set’s owners, Jean-Jacques Fünfschilling and Olivia Sellar.

In a statement on his social media, 22-year-old Robin said: “It is with a very heavy heart that I regret to announce the far too hasty departure of my dear Jet Set, following a ligament rupture on the cross here in Tokyo. In a gallop just a few jumps from the finish, the injury forced us to let him go. Jet was an extraordinary horse and once again he was performing a magnificent cross. He set off on what he loved to do the most: gallop and fly over obstacles. I thank you all for your support and am deeply touched by it. I hope you will understand my absence from social media for the next few days.”

Robin and Jet Set’s partnership began in late 2019, after the horse had enjoyed a fruitful career with New Zealand’s Andrew Nicholson, which had seen them win Bramham’s CCI4*-L in 2016 and finish in the top ten in four-stars at Tattersalls and Chatsworth. The Spanish gelding, who was bred by the New Zealand team’s showjumping coach, Luis Alverez Cevera, also finished in the top ten at the Seven-Year-Old World Championships at Le Lion d’Angers. He joined forces with Robin after the talented young rider began looking for another horse to join his string in preparation for Tokyo. Andrew, by then the cross-country coach for the Swiss team, suggested he try Jet Set — and the decision was made from the moment Robin had his first ride on the horse.

This was an Olympic debut for both horse and rider, and they had been on track for a polished, professional clear round. Per FEI Veterinary Regulations, a postmortem analysis is underway.

All of us at Eventing Nation extend our deepest sympathies to Robin, Andrew, and all of Jet Set’s connections on the loss of this much-loved horse who touched so many lives.