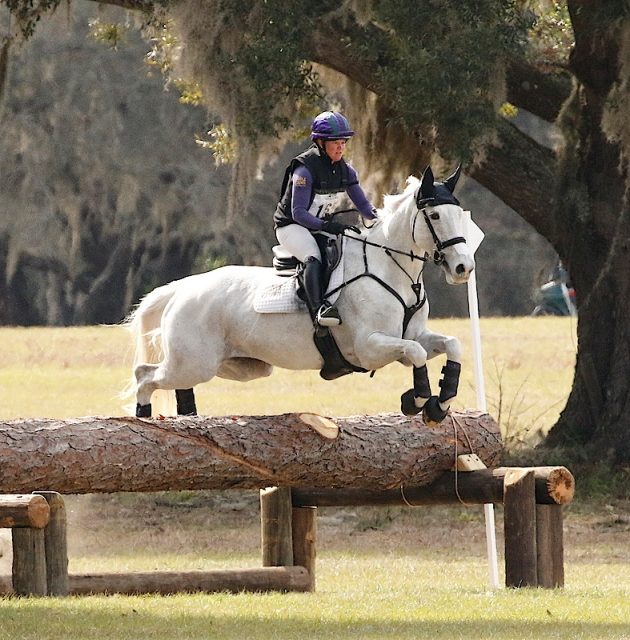 Rocking Horse was bustling this weekend in Altoona, FL. Their first winter horse trial is a sure sign that the season is in full swing. With 29 — yes, 29! — divisions there has been a lot of action, plus video highlights from David Frechette.

Deep Purple Eventing’s Silver Night Lady picked up 4.8 time penalties, but remained on top of the A division with their final score of 30 in the mare’s first competition of the year. Kylie Lyman and Xuanatu, an 8-year-old Irish Sport Horse owned by Joan Nichols, followed second with one rail down for a final score of 35.6.

Jennifer Ward’s 12-year-old Trakehner Olney Uncle Sam had a wire-to-wire win of the B division on his dressage score of 28.6. Again, Kylie was second, this time with Joan Nichol’s Da Vinci Code. The 12-year-old Irish Sport Horse finished on his dressage score of 29.30. Hallie Coon piloted Reginald McDougal, a 14-year-old Thoroughbred owned by Shanon Baker, to a solid third place in the division with 36.6 penalty points. 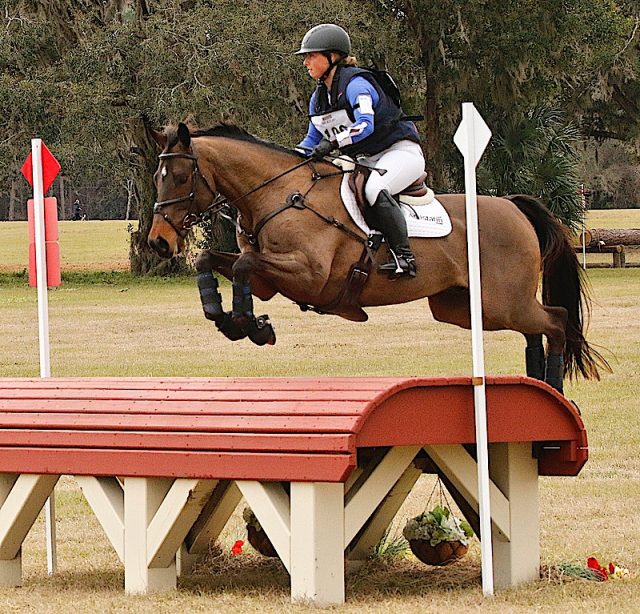 Nita Sanfilippo piloted her own Alarmabull to win the Intermediate rider division. The 12-year-old Thoroughbred finished on his dressage score of 31.6. Emma Partridge and Max Attack, a 16-year-old Thoroughbred owned by Emma, Shelley and Mark Partridge, moved from fifth to land in second after adding 5.2 time penalties for a three-phase score of 47.3. Third place went to Gabrielle Ruane and her own Lismakeera Brewski, a 10-year-old Irish Sport Horse, who closed the weekend on a 49.

Anna and Prince Renan, a 15-year-old Thoroughbred/Holsteiner owned by Gina and Rodney Oakes, made the climb from fifth to first through the three phases, adding nothing to their dressage score of 31.9.

Just one rail down put Spartacus Q, a 10-year-old Hanoverian owned by Melanie Loschiavo, behind his stablemate. He finished with a clear cross country run on a 33.8.

Buck Davidson and Copper Beach, who were tied with Anna and Spartacus Q for the lead after dressage, finished third in the division. Sherrie Martin and Carl Segal’s 13-year-old Irish Sport Horse picked up 4.8 time penalties on cross country for a final score of 34.6.

Friday saw three packed out Preliminary divisions. Lauren Kieffer won two of them with Jaqueline Mars’ Landmark’s Apollo and Landmark’s Monte Carlo, and Buck Davidson took the other aboard his own and Carl Segal’s Victor B Z, a 9-year-old Zangersheide.

Landmark’s Apollo lead the A division on 23.3 points with no jumping penalties, followed by Liz Halliday Sharp and Chailey Stud Equestrian’s Flash Cooley in second on 28.6, and Ashlyn Dorsey was third on 30.4 points aboard Marcel Dorsey’s Stakkato II.

A dressage score of 20.2 and fault free jumping performances gave Landmark’s Monte Carlo the win of division B. He was followed in second by Jessica Phoenix and Jane Stephenson’s Dr Sheldon Cooper with a score of 26.7 and in third by Liz on 29.6 with her ride, Duiske Abbey, who is owned by Pru Dawes.

Victor B Z had the best score of the three divisions. His dressage score of 18.9 carried him through all three phases. Cross country time split the tiebreak between Mia Farley with her own BGS Firecracker, who finished second, and Buck with Cassie Segal, Natalie Sandler and Lisa Darden’s Erroll Gobey. Both finished on 23.

The action continues today, so follow the live scores and watch even more videos from David’s YouTube channel.