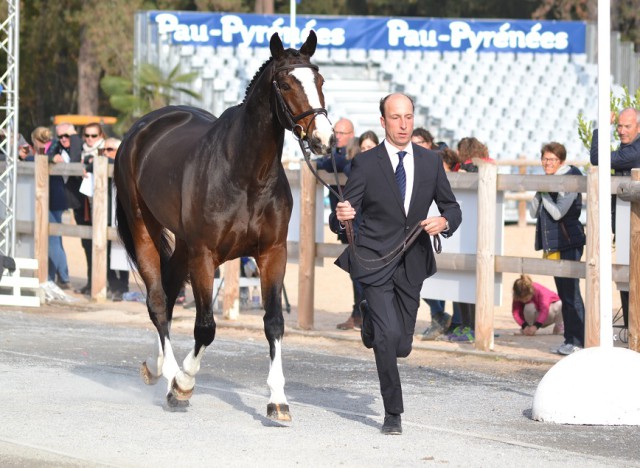 We’ve had several notable withdrawals from the Rolex entry list this morning, including last year’s runner-up pair, Tim Price and Wesko. Tim previously told EN that Wesko was on his radar as a potential horse for the Olympics in Rio this summer. His second ride, Bango, is still entered to compete in his second CCI4* next week.

Jennie Brannigan has also elected to withdraw Candace Kircher and Nina Gardner’s Catalina from her first CCI4*, instead deciding to give the mare more experience at the three-star level and reroute to the CCI3* at Jersey Fresh. Jennie posted the following statement on her Facebook page:

“After a lot of thought and conferring with Phillip as well as Catalina’s awesome owner’s Candace Kircher and Nina Gardner we have decided that it would be in our girls best interest to withdrawl from Kentucky and give her more time at the three star level and run her at New Jersey CCI***.”

“She has become a horse I respect so much for showing up and showing class beyond her experience but in all honesty she’s one of the best horses I’ve gotten to ride and I want nothing but the best for her future…. as well as mine… I know its the right thing to do. Thank you to my sponsors as well as owners for always making it easy to do the right thing by my horses…. I look forward to Catalina’s future.”

Kristin Schmolze has withdrawn Ballylaffin Bracken from what would have been his fourth go at Kentucky after she reported that he sustained a bone bruise. Kristin reported that “thankfully this is only a minor injury and we will aim for a three-day later in the season.”

Lastly, Jennifer McFall has withdrawn High Times from the entry list after reporting that “Billy” sustained a minor injury. Dragonfire Farm posted a statement on their Facebook page, saying “although the beginning of our season this year was extremely successful, the lead up to Rolex unfortunately has not gone according to plan after Billy sustained a minor injury. As a result, we have made the tough decision to withdraw from Rolex.”

This brings the total number of entries down to 86 with just over a week to go before the first horse inspection. As always, Rolex will be lived streamed on the USEF Network (stay tuned for a more detailed schedule), and NBC will air a 1.5 hour wrap-up May 8 at 1:30 p.m. EST, followed by a wrap-up on NBC Sports on May 28 at 1 p.m. EST.