After months of focused preparation and an intense five days of competition, we love seeing the horses that put in such valiant efforts at Rolex Kentucky receiving some well deserved R&R. These horses are making the most of their vacation time, and we look forward to seeing them back out later this year, doing what they do best!

Obos O’Reilly went double-clear on cross country and finished sixth in his first ever four-star.

Posted by Will Coleman Equestrian on Tuesday, April 28, 2015

Ellen Doughty and Sir Oberon completed their first Rolex and celebrated Ellen’s wedding anniversary all on the same weekend. 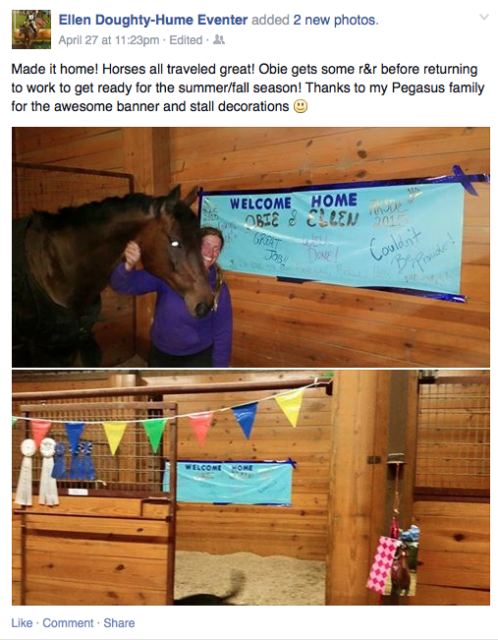 Two in the top 15, one a homebred and the other a four-star machine (Shiraz has completed SEVEN four-stars without a single cross country penalty). Colleen must be SO proud. 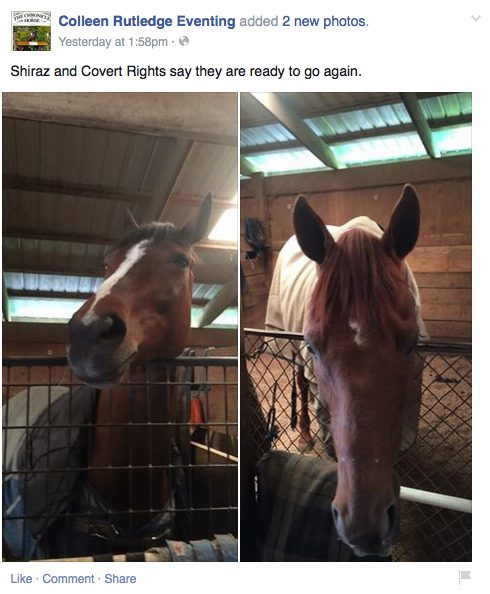 In today’s installment of #relaxingafterrolex Lillian Heard’s Share Option (right) and his buddy LCC Barnaby enjoy a good roll in the field at home in Maryland.

All three of Phillip’s horses gave him a clear on cross country.

More photos of Jack and Cuba enjoying their vacation at True Prospect Farm in Pennsylvania after the Rolex Kentucky Three-Day Event. It was a beautiful day today!

Donner enjoying the green grass at Lynn Symansky Equestrian’s Farm in Middleburg, VA after his trip home from the Rolex Kentucky Three-Day Event

And I know we’ve been saying it a lot, but we are so thrilled for our rookies this year. Elisa Wallace and Simply Priceless really impressed with their go get ’em round on Saturday.

Someone is happy to be home. So proud of the black dragon. Go Johnny go!!!

Coal Creek and Lizzie jumped clear on their first attempt at a four-star track.

Coal Creek enjoying some sun on his back after a chilly week at the Rolex Kentucky Three-Day Event. He’s home in Southern Pines with Lizzie Snow after they successfully completed their first CCI4* together.

No jog ups for a little while, Sparrow’s Nio. Roll all you like!

These two rookies received very warm welcomes on their return home. For Bunnie Sexton and Rise Against: 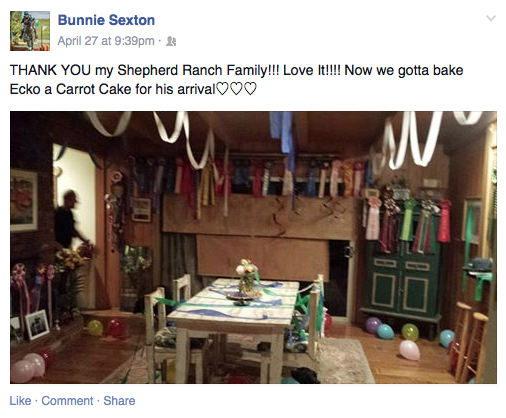 … For Angela Gryzwinski and Novelle: 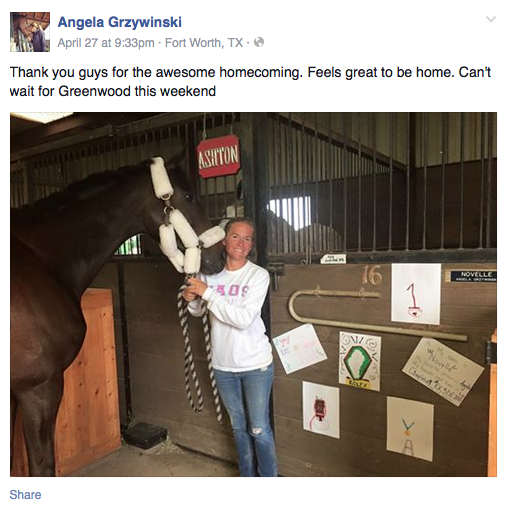