It's that time of year again: spring flowers, warm weather and, most importantly, Rolex Kentucky. This year, we will be highlighting riders who are making their first appearance in North America's only CCI4* event. Here is a profile on Bunnie Sexton, who at the age of 52 will be making her Rolex debut with Rise Against, a 15-year-old OTTB. Thanks to Bunnie for her time, and thank you for reading! 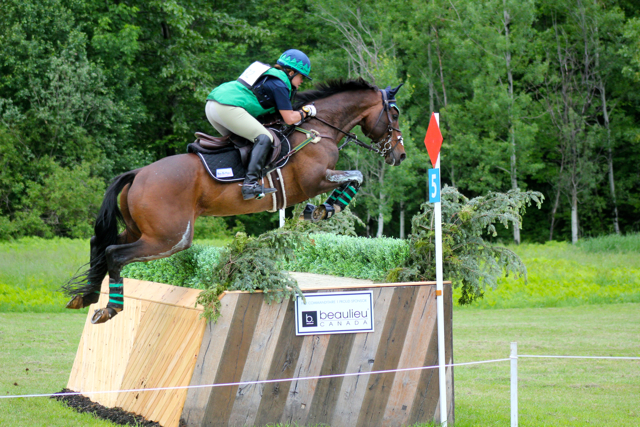 Bunnie Sexton and Rise Against at Bromont 2013. Photo by Samantha Clark.

Bunnie Sexton, of Santa Ynez, Ca., didn’t expect to sit on a potential Rolex horse the first time she met Rise Against (“Ecko”). She had recently had her string of Preliminary and Intermediate horses sidelined, and in the meantime she was searching for horses who needed training or owners who needed riders.

Ecko was for sale by Ruben and Sonne Arse, not having shown talent or desire for the Grand Prix jumping career that lay ahead of him. Bunnie went to try the OTTB, who she knew to be a hot jumper and a more complicated ride overall. “I tend to like horses that are a little bit complicated,” Bunnie said. She said that she enjoys finding out what seems to bother the horses who are deemed “difficult”, as she studied sociology in college and thought that her analytical personality made her more interested in this type of horse.

“When I first saw Ecko, he was depressed and dejected,” Bunnie recalled. “It’s not that he wasn’t taken care of, you could just tell he wasn’t happy doing what he was doing.” Bunnie felt an immediate kinship with the horse and brought him home with her, but their partnership didn’t get off to the smoothest of starts. “When I got him home, at first I thought ‘Oh no, what have I done?'” Bunnie said. “I would go to jump and he was just all over the place. He wasn’t trying to get me off, it was just like he had ADD or something and couldn’t focus.”

Bunnie decided to slow things down, taking Ecko on long walks, riding him in ponds, and generally giving him exposure to the world without him feeling any pressure to perform. “I just let him be a horse,” she explained. “I didn’t want him to think that there was pressure associated with everything.” 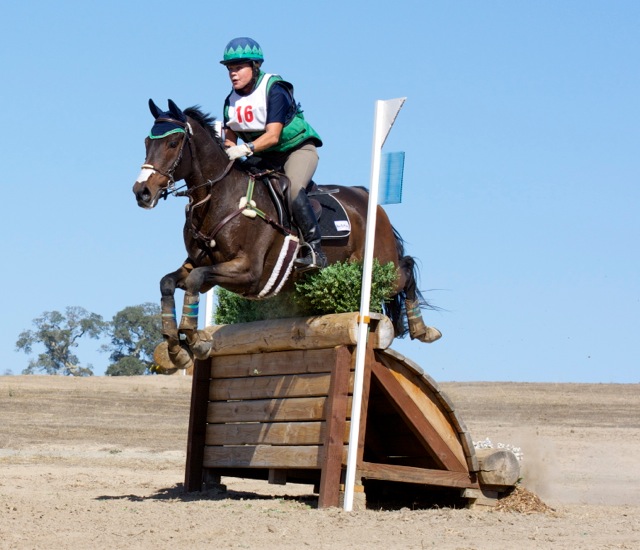 Bunnie and Ecko at Woodside International. Photo by Liz Hall.

Gradually, the pair began making strides. Later on, Bunnie began training with Bea DiGrazia, who was complimentary of Ecko’s talent. “Bea just changed my world by letting me know what opportunities were out there,” Bunnie said. She had concluded that her time to compete at the upper levels had passed. “As soon as we did our first three-star, I realized that (Rolex) might actually be a possibility. I thought it would be ridiculously out of my league, but for him, moving up was just a natural stepping stone.”

Bunnie and Ecko finished their CCI3* debut at Bromont in 2013 with a sixth place ribbon. “After we did Bromont, I thought ‘Well, there’s no way I can’t do Rolex now’,” Bunnie said. Preparations for the pair’s CCI4* debut began, and Bunnie hasn’t looked back since. “It just amazes me that after all these years, I thought Rolex was this whole mystical thing, when in reality if you just do your homework it becomes an actual reality.”

Bunnie plans to continue working on Ecko’s fitness in the weeks leading up to Rolex. “The last month (before an event), I take everything down to basics. He tends to think the sky is falling most days, so I try to keep everything calm and methodical,” Bunnie said of her strategy. “The goal is to keep him focused and stable, and for me to continue not taking myself too seriously!”

At the end of the day, Bunnie is thankful that she found her OTTB who has helped her realize her dreams. “Rolex just feels like a natural next step. I feel like we are proof that you don’t need a million dollar horse to reach your goals. I consider it an honor to have a horse who really wants it the way (Ecko) does.”