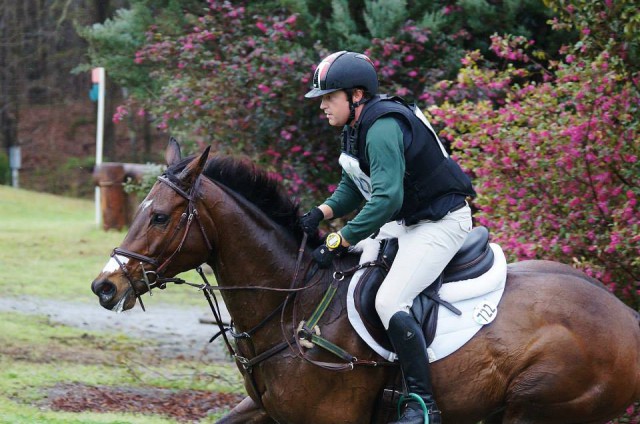 Cody Sturgess has always seen something special in his OTTB mare, Imperial Melody. Purchased off the track as a two-year-old who had just raced one time, Imperial Melody (My Imperial Slew – Golden Melody, by Geiger Counter), “Melly” was originally tagged as a resale project for Cody and his mother, Susan, but Cody quickly laid claim to her.

“I said to my mom, ‘I think there’s something special about this one,‘” Cody recalled. “I asked if it would be ok if we kept her. She just had such a great attitude and willingness to work. Even as a baby, she was very keen to jump — anything and everything. You can’t train them to do that; they either want to or they don’t. She was amazing from the start, and picked up on things so well that you had to be careful not to do too much too fast with her.”

Cody and Melly made their recognized debut in Canada at Training level in 2008, where she placed second. Cody took his time with his talented mare, spending nearly three years at Training and Prelim before making her FEI debut at the CCI* in 2010. From there, the pair never looked back and began competing in the U.S. for Canada in 2013.

“Her first Advanced was at Richland Park, and I walked the course feeling like I was going to throw up,” Cody said. “After I walked it about five times, it started to look rideable. We went out on cross country and went double clear — it just wasn’t difficult for her. I thought to myself, ‘Ok, this is a serious horse.’ You always think they’re serious, but until they actually go out and do it you always wonder.“

Indeed, the 15.3 mare has never had a cross country jumping penalty on her record in FEI competition. “She’s an amazing cross country horse and a great galloper,” Cody said. “We’ve made a lot of changes with her prep and training, and it’s really beginning to pay off with her scoring well on the flat and jumping well in the show jumping.”

“She’s 15.3 on a good day with new shoes on,” he joked. “She absolutely tries her heart out every day. There’s always stories about the smaller OTTBs who do well, and she’s one of them. She knows her job and loves it. The only time she’s ever had time on cross country is if we were planning to go slow.” 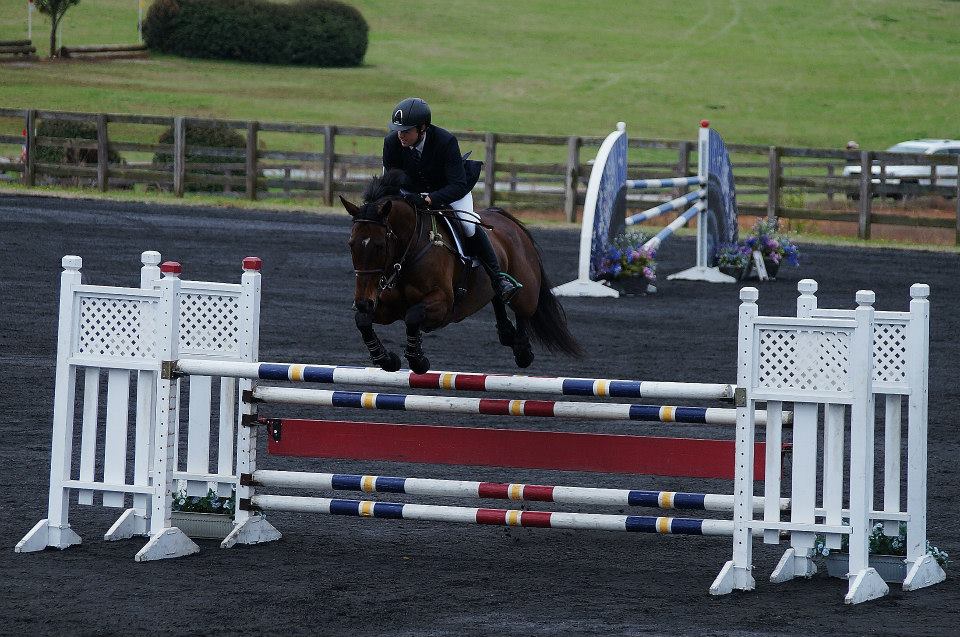 Cody is spending the months leading up to Rolex training with Canadian coach Clayton Fredericks in Florida. “I wanted to give us the best possible chance of success, and Clayton has been very helpful in preparing us,” he said.

Rolex became a solid goal for Cody last year after the pair had success competing at the three-star level. As far as the big picture, Cody’s got his eyes set on representing Canada in the Olympics. He and Melly were short-listed for the Canadian Eventing Team this year, their first nomination to the short list.

“I knew she would be a Rolex horse, and my focus has always been to compete for Canada and represent at the Olympics. With the Pan Am Games this year, it didn’t make sense to hold her back and hope to get selected when Rolex was coming up and we knew she was capable of going and being successful.”

Having finished 11th at Bromont last year, Cody feels confident coming into another technical course designed by Derek di Grazia. “I think that type of course will suit her well, and it’s the type that I prefer,” he elaborated. “I like the open galloping courses. Bromont felt very easy for her. She’s so small and adjustable, she could get around any course, I feel. I would feel confident going around any course in the world on this horse.”

In the final weeks leading up to Rolex, Cody is focusing on keeping his mare happy, sound and healthy. After going double clear on cross country in the CIC3* at Poplar Place this past weekend, Cody plans to keep working on those dressage and show jumping skills before making the trek to Kentucky.

“She’s confirmed on cross country, she doesn’t need another run before Rolex,” he said. “Her cross country record speaks for itself. We’re going to focus on keeping her feeling good though her body, which is more important to me than drilling her in the ring.”

Cody’s feeling game and confident going into his first CCI4* with his horse of a lifetime. “I owe my whole career to this horse and to the support of my mother who helped make all of this possible. I’m confident that we can go out and be competitive, and my goal is to come home with a top-20 finish.”

Best of luck to Cody and Imperial Melody as they tackle their first Rolex together. To learn more about Cody and how you can support his journey, click here. You can also follow along with his updates on his Facebook page here.