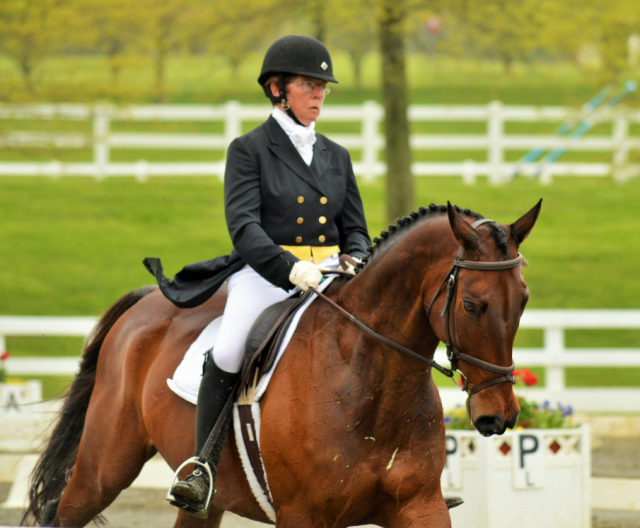 Courtney Cooper and Who’s A Star. Photo by Sally Spickard.

Competing at Rolex for the first time after years of hard work is a huge accomplishment. Competing in your first Rolex on a horse you bred and produced yourself is an even bigger achievement, and that’s just what Courtney Cooper has done with her own Who’s A Star, a 12-year-old Irish/New Zealand Thoroughbred gelding.

Courtney originally purchased “Tag’s” dam, Heavenly Star, as an upper-level prospect for herself. “She did a one-star as a 6-year-old but over that winter had an injury,” Courtney said. “After trying to rehab it for several years, it just wasn’t going to hold up. Because she was well-bred, we decided to breed her. It was our first foray into the breeding world.”

Courtney and her husband, Neal Camens, began researching stallions to complement Heavenly Star’s Irish Sport Horse breeding and finally settled on the famous New Zealand Sport Horse stallion Aberjack. “I thought, ‘Let’s give this a try,’ and Tag was our first foal,” she said.

Tag showed promised from the beginning, picking up five top-10 finishes (including one win) in Young Event Horse classes as a 4 and 5-year-old. He made his FEI debut in 2009 as a 6-year-old, finishing fifth in the CCI* at Virginia Horse Trials.

After progressing through the levels easily, Courtney and Tag stepped up to the Advanced level in 2013, completing two Advanced horse trials as well as the CIC3* at The Fork.

“The end goal has always been the event that shall not be named in April, but we have been taking it one event and one step at a time,” Courtney said. “We focused on him, making sure he was happy. He’s always enjoyed his work and has never told us that he wasn’t happy doing his job.“ 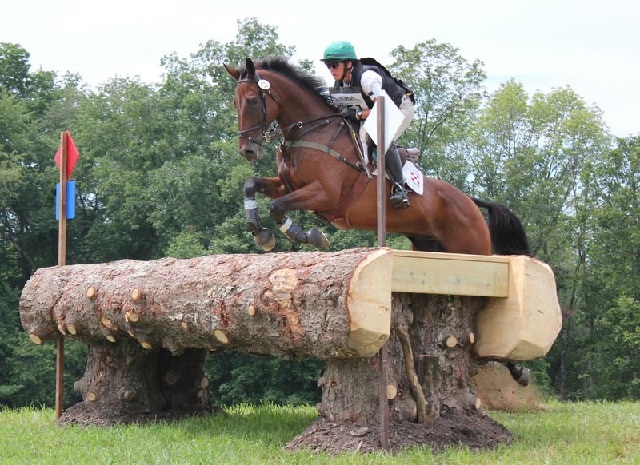 Courtney Cooper and Who’s A Star. Photo by Abbie Golden.

“We’ve always known he has the talent and ability, it’s just been a question of if all of the pieces will come together at the right time,” Courtney added. “So far this year, he’s been very strong and happy in all three phases, and he’s been very healthy, which is of the most importance to me. It seems that everything is coming together, so Rolex seemed like a good next step.”

Courtney, 46, is a longtime competitor but, as is the case with many professionals, she’s had to sell more than a few horses that could have been top level mounts in order to maintain her business. “My business is buying and selling horses and helping people find good matches,” she said.

“I’ve had to sell a lot of horses that I thought had the talent to go Advanced or beyond. It’s always been a goal of mine to ride at the upper levels, and I’ve sometimes had to wait for that goal because I have the responsibility to my family to ensure my business is stable.”

Now that her goal is finally manifesting itself, Courtney is pinching herself to have a horse she’s been with since day one along for the ride. “The horses mean everything to me,” she said. “To have him in my life and see him take on the challenge has been really inspiring to me. I’m mindful of all the trust he has in me and the trust I have in him, and I hope to take care of that promise between the two of us.”

Courtney and Neal have since gotten more heartily into the breeding industry, and have bred 10 horses related to Who’s A Star, with three expected this year. It’s an exciting time of year, and we’ll be doing a more in-depth look at Courtney and Neal’s breeding program this summer, so stay tuned!

As Rolex approaches with just days left to go, Courtney is focusing on keeping her attention on the right things. “This will be by far the biggest challenge we have faced, so it would be naive of me to say I’m not worried about the atmosphere and everything else  — but I think worry may be the wrong word,” she said. “I am going to focus on the things that have gotten us to this point and step away from the competition aspect as much as I can.”

Courtney has enjoyed a solid string of prep runs leading up to Rolex, and her goal for the spring has been to head to Rolex feeling like she’s done all of her homework. “I want to go into Rolex feeling strong and like we’ve left no stone unturned. This course will suit a horse that has a good galloping stride and is bold in his efforts, and I think I am going to be tacking up the right horse to go and attack it.”