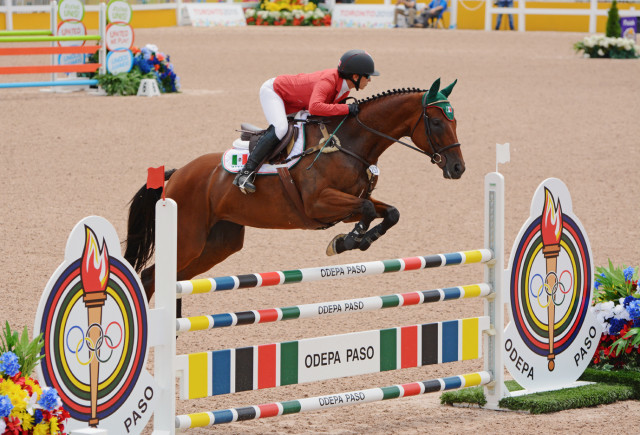 Between organizing shows in Mexico and flying back to the states to train, we caught up with busy Rolex Rookie Daniela Moguel to hear the incredible story of how her journey to Rolex started.

When Daniela was 13 years old, she saw a poster of U.S. Olympian Karen O’Connor jumping into a water complex and decided that whatever sport that was, she wanted to be doing it. Since then she has not only achieved her goal of eventing at the highest levels, but she’s chasing her dream with the help of the woman who first inspired her.

“Little by little life put me where I am right now,” Daniela said. “It was in 2001 the first time I had the opportunity to be at Rolex as a viewer, and I remember I couldn’t believe the jumps the riders jumped. I was truly amazed. But I fell in love with the sport, and it was then I decided that I wanted to go to the top level.”

Daniela first broke into eventing with her horses Alejandra and Agave, achieving success in one- and two-star events in the U.S. and Mexico, but in late 2014 she started seeking out a partner who could take her all the way. As luck would have it, that horse showed up on EN’s own Sport Horse Nation, and Daniela made the trip from Mexico City to Virginia to try the mare then owned by Leslie Chelstrom.

Cecelia met all her expectations. The 13-year-old Thoroughbred mare (unraced and formerly known as Constock, by Connecticut out of Penny Stock) competed through the three-star level with Leslie and proved to be the perfect horse to help Daniela achieve her Rolex dream. 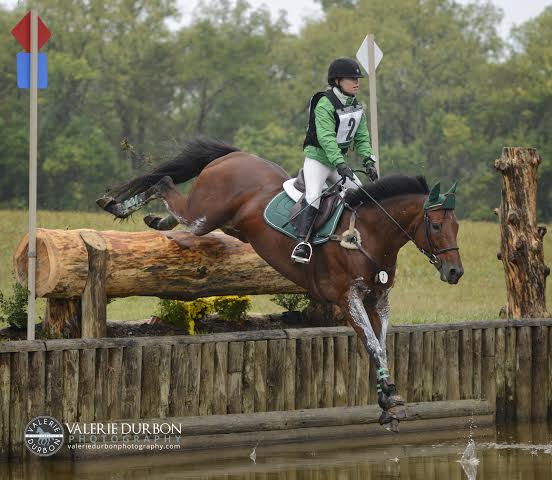 “We have a little more than a year in this journey, and it’s been one of the most incredible things that has happened to me, ever,” Daniela said. “She was the horse I always wanted.”

Cecelia was purchased for Daniela by her longtime supporters Aurelio Quinzanos and his wife Maribel Alonso Quinzanos, who own Rancho El Mirador in Huixquilucan, Mexico, where Daniela operates her own training business. “They are one of the most important reasons this journey is happening,” she said.

Since the mare’s purchase in December 2014, Daniela has been splitting her time between her business in Mexico and training in Ocala, Florida, with Karen O’Connor, who also coaches the Mexican eventing team. 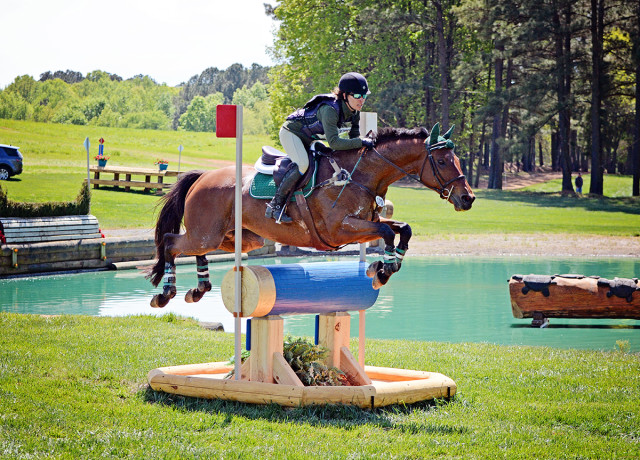 Daniela Mougel and Cecelia at The Fork. Photo by Jenni Autry.

Last fall Daniela finished the season as the highest-placed first-time CCI3* rider at the Dutta Corp Fair Hill International, securing her qualification for Rolex with Cecelia.

This spring they had consistent showings in the Red Hills CIC3* and capped off their road to Rolex by coming in ninth at The Fork in their Advanced division, which Daniela said was perfectly timed. “I really needed a nice and steady round for my confidence,” she said. “That weekend really made the difference.”

Joining Daniela in Kentucky will be her fiancé Zully Martinez, a lucky charm in her life who has supported her ambition and pushed her to get the ride on Cecelia last year. He’s also an accomplished equestrian in his own right and will be grooming for her at Rolex.

Cecelia’s owners Aurelio and Maribel Qunizanos will be at Rolex, as well as her mother Paloma. “My parents are both psychologists, and even though they had no idea about horses, they gave me everything so I could do this,” Daniela said. 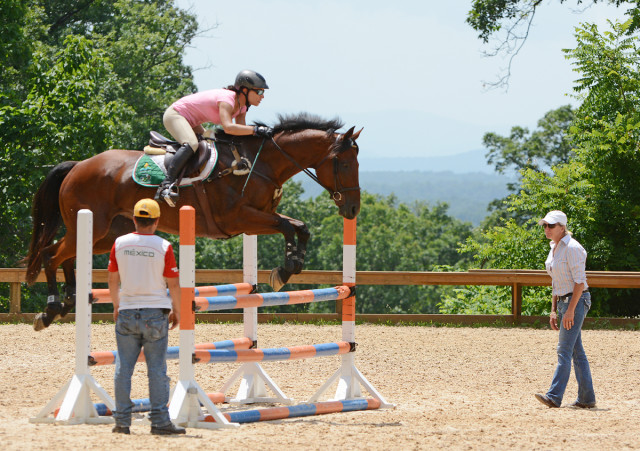 Daniela Moguel and Cecelia jump in a lesson with Coach Karen O’Connor. Photo by Jenni Autry.

Her good friend Janet Davison will also be there to cheer them on. Last but not least in her corner is coach Karen, whom Daniela says has supported her immensely. “She has helped me not only with amazing training sessions, but also with opening the doors of her world to me.”

When asked what needs to happen for her first Rolex to feel like a success, Daniela’s answer is simple: “I want to be able to enjoy every second of it!”

We have no doubt Daniela will be reveling in her first Rolex experience, and we wish her the best of luck! If you’d like to support Daniela’s journey to Rolex, you can visit her Fondeadora site and make a donation, which will go directly toward paying Daniela’s Rolex fees, traveling expenses, and all the other bits and pieces that go into funding a four-star competition.