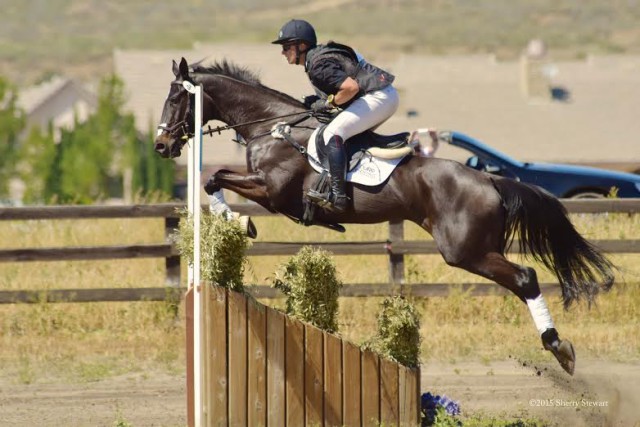 Finding a horse that is capable of competing at the Advanced levels is a tough challenge, and one that many event riders, professional or not, face each time they evaluate a new prospect. Finding a horse that can take that elusive next step and compete at the four-star level is a whole other ballgame.

Espirt De La Danse, an 11-year-old Canadian Sport Horse mare bred by Susan Laverty, was where the dice landed when John Michael Durr and owner Ruth Bley were searching for a potential four-star mount. “Ruth made it no less than clear that she wanted to be an owner at (Rolex),” John Michael said. “Obviously, it’s always tough to find a horse that can reach that level, but this mare has just turned out to be fabulous.“

When John Michael found Esprit De La Danse, or Dani as she is known around the barn, she had competed to the CCI2* level with Waylon Roberts, finishing in 11th place in her first CCI2* at Ocala in 2013.

“Ruth is an amazing woman, and she’s been very supportive of both my wife and myself,” John Michael said. “We bought the mare off a video from Waylon. It’s pretty nerve wracking, buying a horse that’s going two-star without sitting on it, but we got lucky.”

John Michael’s first competition with Dani was the Open Intermediate at Rebecca Farm in 2013, which they won with just 1.6 time penalties added to their dressage score — a brilliant start to a promising partnership. 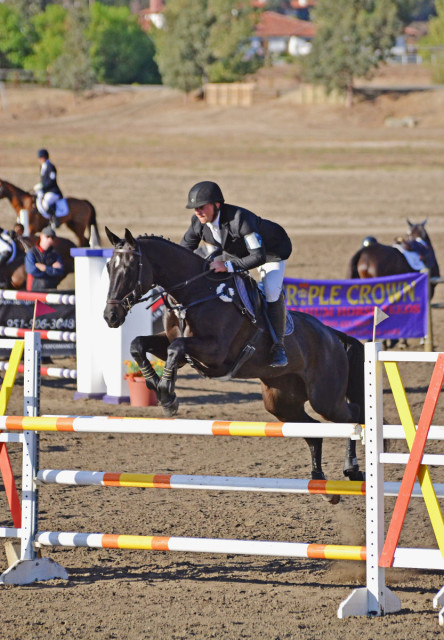 “Due to the changed rider qualification requirements, we got some extra Intermediate time,” he said. “It was annoying at the time, but it was actually a blessing and it kept me from being a typical dude and rushing things. I’ve skipped steps in the past and learned the hard way.”

John Michael and Dani made the step up to the three-star level in 2014 at Galway Downs, where they once again proved competitive and finished second out of 16 starters. It was then that John Michael thought he may have a potential Rolex mount on his hands.

“I think the move up to Advanced was easy for her — it was really quite fun,” John Michael said. “She just really goes for it on cross country, and after moving her up to Advanced and doing the three-star at Galway, I realized she could probably do just about anything.”

This will be John Michael’s first trip East with the mare, his first time competing East of the Mississippi since 2004. John Michael considers himself fortunate, along with many other West Coast based riders, to have run a lot of courses designed by Derek di Grazia.

“Bea and Derek were my Young Rider coaches, so I know them quite well,” he added. “I’ve done some of my mentoring for course design with Derek and he’s given me a lot of education.” 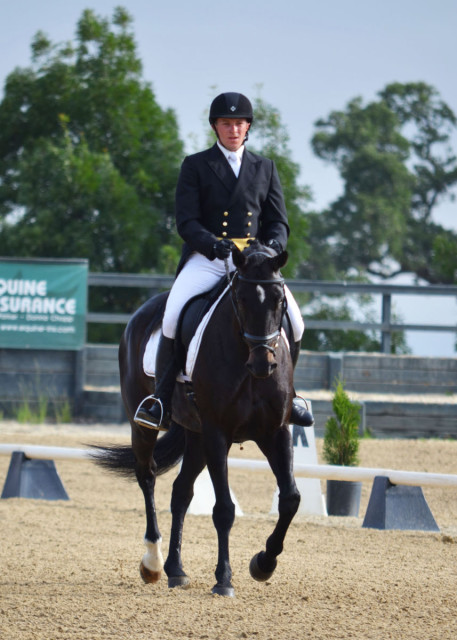 Dani can get a bit distracted by crowds, so John Michael’s focus will be to keep her attention on him. “I’ve been lucky with the show jumping; I’ve gone in front of some decent crowds, so I’ve gotten some practice with that,” he said. “It’s tough because you can see more sets of eyes than you’ve ever met in your life, but honestly for me the pressure is not there.”

Throughout it all, John Michael carries the memory of his mother, Candace Rice, with him at all times. Candace was a much-loved part of California eventing, supporting John Michael from the time he was a kid in “purple chaps and a red hat” through his transformation into an Advanced level rider.

“My mom basically took on a second job as the scorer so I could ride,” John Michael fondly recalled. “She would go and be the scorer for the show in exchange for the entry. I was terrible at most things I tried the first time, especially riding, and one of the things I always heard from my mom is, ‘You’ll get a next time.’

“The pressure from my mom was always just to do my best and be present,” he continued. “She was one of those amazing supporters who was not results oriented — otherwise she would have given up on me decades ago! — and that constant is something I’ve relied on, and will continue to, my entire life.”

John Michael’s support crew is headed to Kentucky to cheer him on, and the weekend will be a sentimental one ridden in honor of Candace. “My father as well as my godmother are both coming, which means a lot to me,” John Michael said.

“We’re not going to go and do something amazing; we’re going for the experience in that atmosphere,” he continued. “David (O’Connor) talked about getting off the island in the fall, and for us in California, Kentucky is off the island. We want to have a positive experience in the bank that we can build on. Of course, that translates to pressure for me to do the best job by her that I can — it’s horsemanship pressure, not performance pressure.”