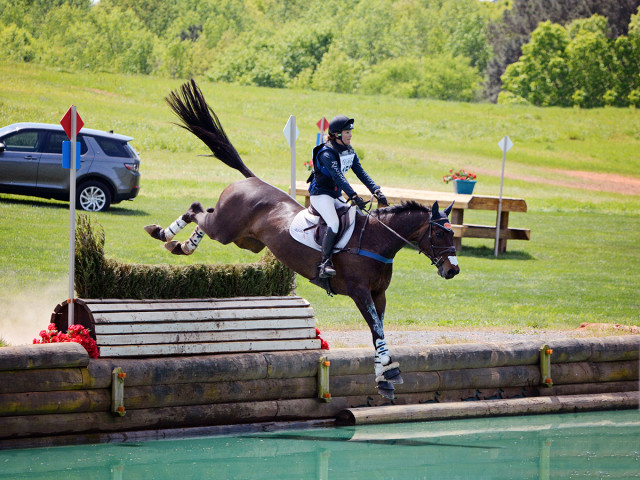 “Go big or go home” seems to be Katherine Coleman’s mantra. If she decides she’s going to do something, she goes all in.

Exhibit A: That time in 2012 when she packed up her horse and moved to England.

“If I wanted to do this for real, I knew I had had to move,” the 32-year-old New Orleans native says of her decision.

Growing up in the deep south, Katherine explains that she wasn’t exactly “in the scene.” She made the most of the situation, riding in clinics with Lucinda Green as often as possible and eventually winning her very first FEI competition, which happened to be the CCI* National Championships at the Kentucky Horse Park, on a horse named Trader Vic.

“I didn’t really get into competitive eventing until college,” Katherine says. After graduating from the University of Georgia, she got a job and “tried to be normal,” but her gravitational pull toward horses never loosened its grip. She explored various equestrian avenues, competing in jumpers and earning her USDF Bronze and Silver medals.

It was only when she acquired an “eventing type” young horse from Mike and Emma Winter that the ball started rolling once more in the three-day direction. 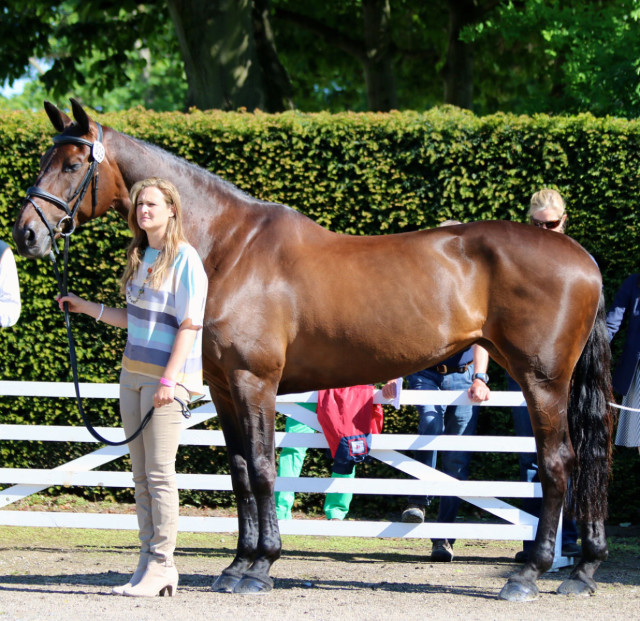 Katherine Coleman and Courage Under Fire at Bramham. Photo by Samantha Clark.

Never one to put just one foot in the door of anything, Katherine reconnected with Lucinda during a trip to Badminton. Lucinda encouraged her to come to England and work for Irish eventer Sam Watson, and Katherine took the leap. She later moved on to Headley Stud, where Mark Todd and fellow U.S. eventer Jules Stiller Cournane are based, and then again to Lucinda’s daughter Lissa’s yard.

Katherine found herself thriving in the system, developing an exciting string of horses and steadily progressing to the three-star level.

“It’s been amazing,” Katherine says of the past four-and-a-half years of her life. “The amount of experience I’ve gotten over there — Blenheim, Blair Castle, Barbury Castle — and there’s a horse show every weekend.”

Katherine feels at home in England, but returning to the U.S. for her first four-star is a dream come true.

“She has never done a four-star, either,” Katherine notes. “She’s great. She is a lion cross-country, but she has her own way of going.” 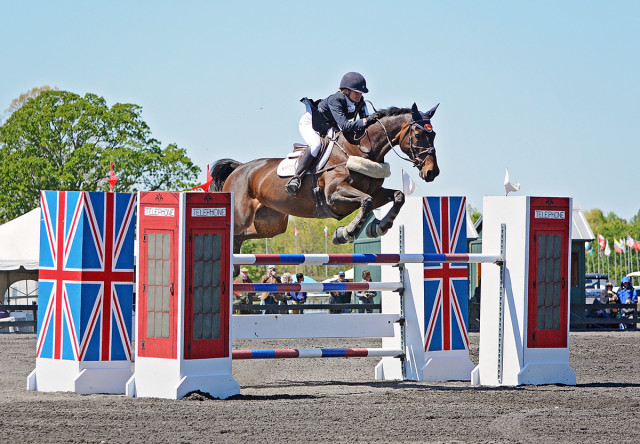 The mare, known as “Meg,” was developed by Irish eventer Kim O’Gorman and competed through the CIC3* level with Steven Smith. So Katherine was concerned when, after acquiring her, their partnership was struggling a bit. Katherine describes their first CCI* at Houghton Hall, at which they had a couple stops, as an “oh my God, what have I done” moment.

The turning point was a training session with Mark Todd, who advised Katherine to just “leave her alone.”

“She’s a total mare, a total diva. The more I leave her alone, the better she is,” Katherine says. “Once I got used to letting her be her own horse, I had some good results on her. She’s a good girl.”

Their preparations this year have been a bit more fraught: “We’re heading to Rolex a little bit on a wing and a prayer.”

The mare hasn’t really been out since Bramham last summer, where it was discovered that she had torn a muscle in her shoulder. Though it wasn’t a serious injury, it did take a long time to heal.

Once up and running again, and with an eye on Rolex, Katherine and her equine crew arrived in the U.S. on Feb. 20 of this year. Then, another stroke of bad luck: The mare fell during quarantine in Miami, injuring her back and cutting her leg.

“It was a silly freak thing,” Katherine says. “She spooked a little and her feet just came out from underneath her.” 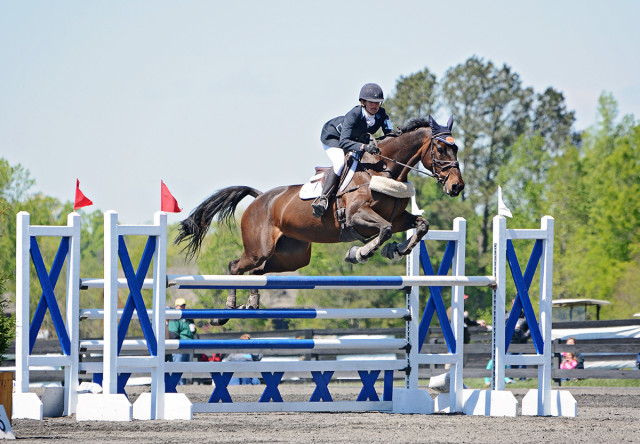 If that incident didn’t give Katherine enough heart palpitations, things went awry again in their spring warm-up event, the CIC* at Carolina International, where two thrown front shoes on cross country thwarted their ability to complete.

Just when she was about to toss in the towel on Rolex — she even called her family to say that they were probably not going to make it — a top five finish in their Advanced division at The Fork earlier this month gave Katherine the confidence to leave her entry intact.

“She felt really good so we’re going to give it a go,” Katherine says.

While it would have been nice to have suffered a less nerve-wracking spring, Katherine points out that when it comes to a four-star even the most perfect dress rehearsal is no guarantee of a flawless opening night.

“I don’t know if anyone feels prepared for their first four-star,” she says. “My goal: I want to finish. I want to tick the box — say we’ve done it and completed.”

Katherine will be returning to the UK after Rolex — here’s hoping she’ll leave with a fun first four-star memory in tow!