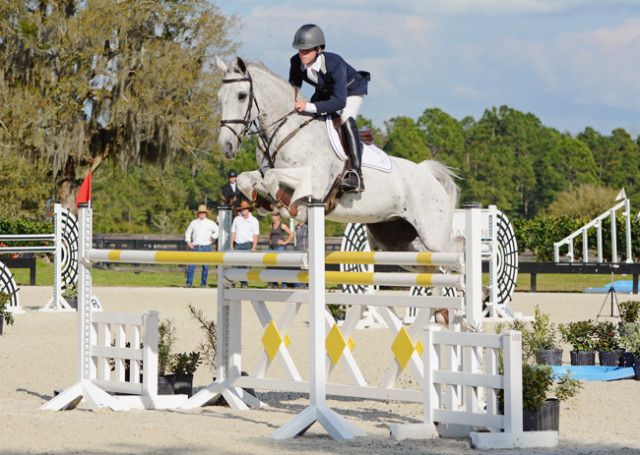 Zach Brandt experienced his first Rolex in 2005, 12 years old and a fresh new rider. “My mom took me, and I’d only been riding for about a year,” Zach recalled. “I remember hoping I’d make it there someday; it just seemed like such a huge accomplishment.”

10 years later, Zach and his 13-year-old Irish Sport Horse mare, Cavallino Cocktail, are on the comeback tour of their lives, and their first trip around Rolex is rapidly approaching. Zach’s trying his best to keep a lid on his excitement with many preparations still to come.

After spending 2014 rehabbing “Skotty” from a tendon injury, Zach has put his beloved mare’s welfare ahead of his own goals in an effort to bring her back to work correctly. After moving to Jon Holling’s barn in Ocala last July, Zach and Skotty began the long road of comeback from an injury that kept the mare sidelined.

With the long process of rehab, Skotty has returned to work in the best form she’s ever been in. “I can’t thank Jon enough for all of the work and support he’s put into us,” Zach said. “Where she is now, the fact that Rolex is even a though, is due in large part to him. I can’t thank him enough for everything he’s done for me.”

“When we moved down here, she was just trotting maybe 20 minutes a day. She wasn’t doing any flat work. Originally, I wanted to have her back for Fair Hill last fall, but it turned out to be a bit too soon, and it was a substantial enough risk that we decided it would be better to hold off.”

Coming out in 2015 with a fresh horse, Zach originally marked Jersey Fresh on his calendar as his main goal. “That’s obviously still a possibility,” Zach said. “It’s how we started the season. But then she came out in the Advanced at Rocking Horse, and she was just on fire. It was as if she hadn’t missed a beat, and she felt better than she ever has.“

“She certainly picked up where she left off; I was expecting us to be a bit rusty, and she was good and took care of me in my rusty moments. I did not expect to have that ride, but I think that focusing a lot on our flatwork during the rehab really improved her rideability.”

A week after finishing 7th in the Advanced B division at Rocking Horse, Zach and Jon had a discussion about spring plans. “In my head, after having such a good run at Rocking Horse, I started to think, “Well, maybe Kentucky could actually be a goal this year,'” Zach said. “I knew myself well enough — knowing how overly cautious I can be, which isn’t a bad thing — that I felt if I was thinking about it as a possibility then I knew she was ready.” 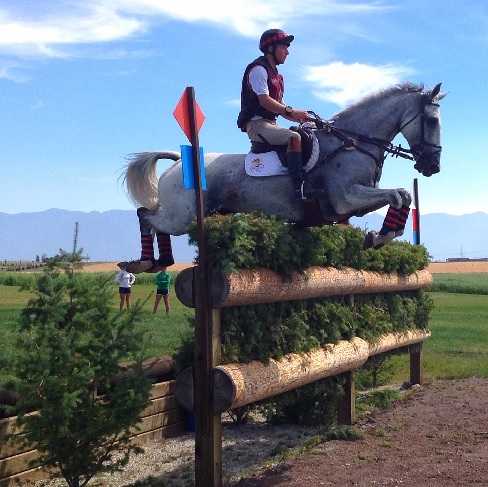 Zach mentioned his idea to Jon, who said he’d sleep on the idea. Jon solicited the opinion of Leslie Law, with whom Zach had been working with in the Eventing 25 sessions, and came back the next day informing Zach that both he and Leslie felt the pair was ready to jump around their first four-star.

“Jon is fairly conservative too,” Zach said. “But he was happy with this idea, and if he is comfortable with it then it gives me confidence. I don’t want to do anything that would put her in harm’s way or that would be too much for her because of this long road we’ve been down.”

With that, Zach set about making preparations for Rolex, all the while remaining focused on his goals and not letting the excitement get the best of him. While Kentucky is just six weeks away, there’s plenty to check off the list in the meantime.

As their final prep events, Zach and Skotty will contest the Advanced at Carolina International next weekend and the CIC3* at The Fork at the beginning of April. Using those two runs as prep gallops, Zach’s also got Skotty on a fitness regimen that suits her.

“She’s naturally a very fit horse,” he said. “She’s looking exactly how I want her to look six weeks out. There’s quite a bit to do before we pack up and head to Kentucky, but she’s looking the best she has ever looked.”

Skotty will be working out on the Aquatread as well as swimming in addition to her fitness sets. All the while, Zach is confident that he and his mare are ready to take on their next challenge together.

“I’ve learned so much during this process, if nothing else then about the management of an upper level horse,” he said. “I wouldn’t call myself the most organized person, but I’ve really tried to keep track of everything with her and my young horse because it’s important to ensure they’re as well taken care of as possible.”

Zach can’t wait to get out on the cross country course at Rolex, knowing that it will be a pivotal point in he and Skotty’s partnership.

“We know each other like the back of our hands,” he said. “I’m a pretty sentimental person, and it’s just going to mean so much to be out there with her. There’s no other horse I’d rather do this with for the first time, and no matter what happens there will be so much to learn and look back on when it’s all finished.”